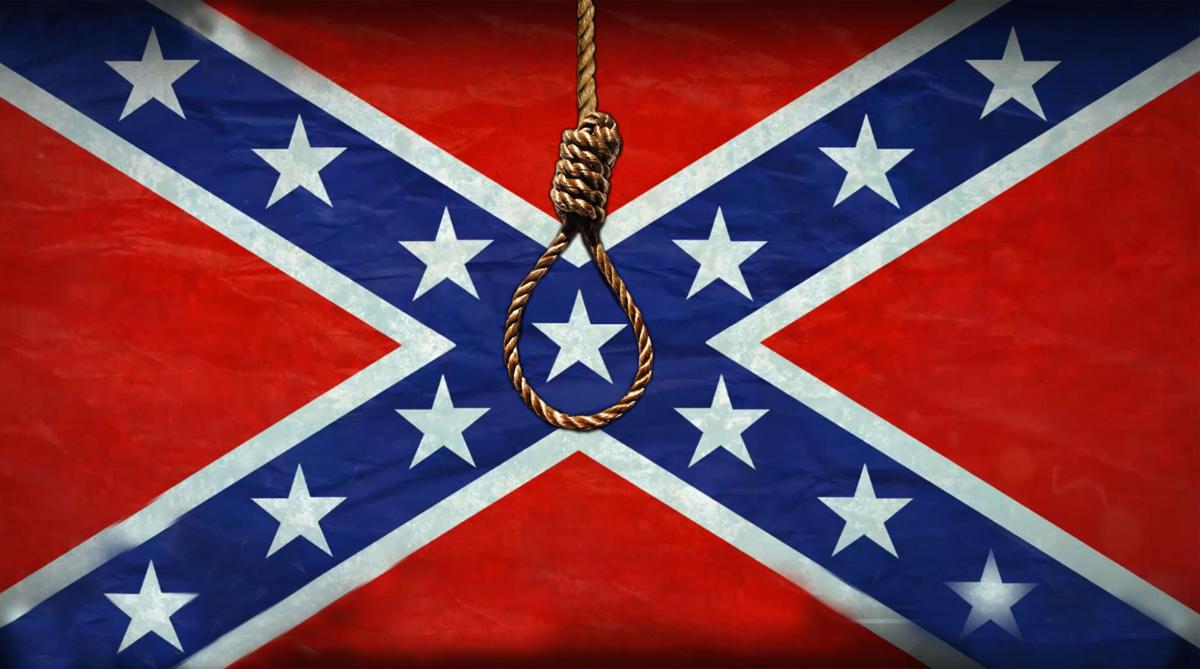 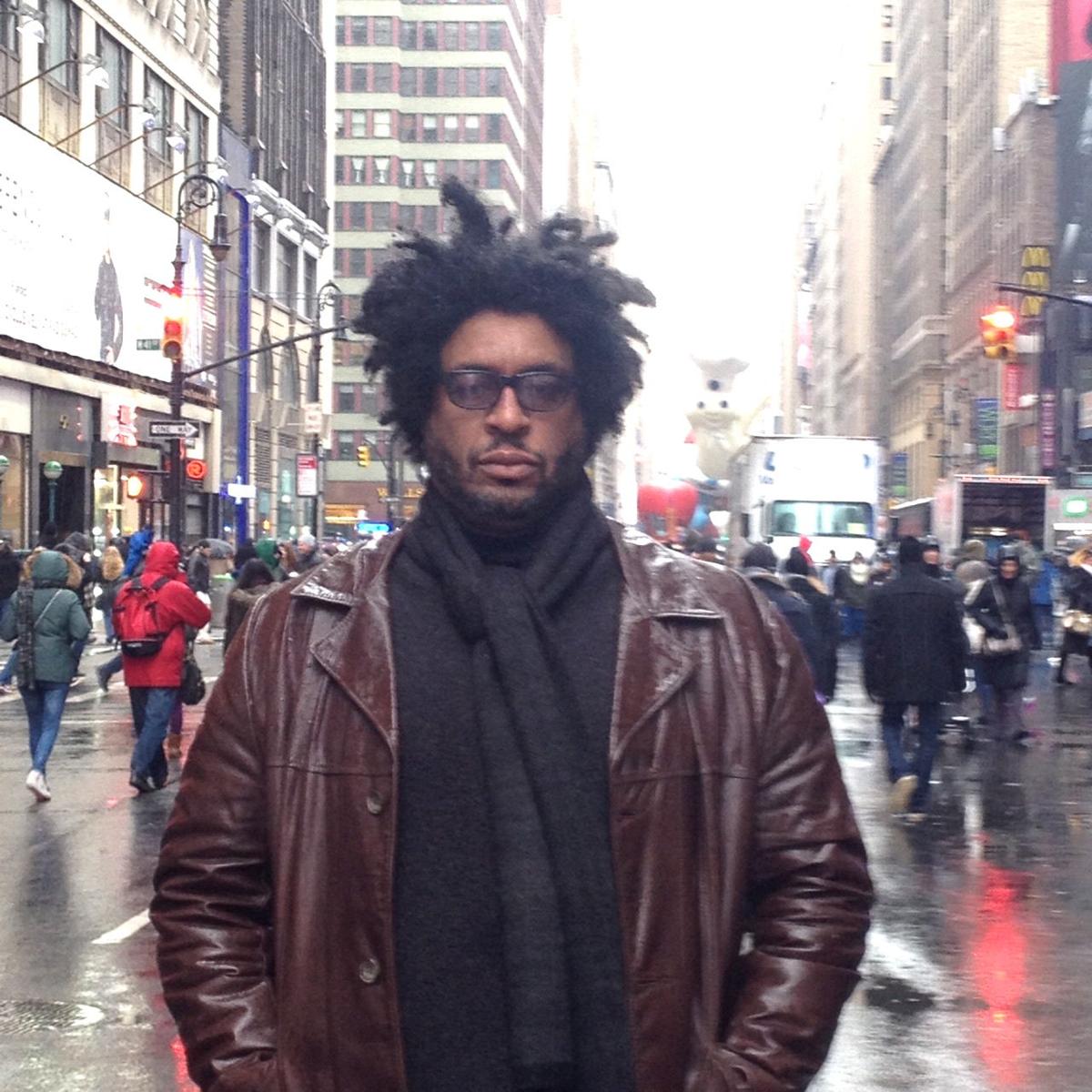 Hang indeed. And I do not mean from a flagpole in Mississippi, or off the side of a pickup truck in Maine, or even off the lips of a sane-sounding “Heritage not Hate” believer. I mean hanging high in the noose of twine tightrope swinging in the arms of a strong sturdy gallows – similar to the one used for 38 uprising Dakota Indians executed under President Lincoln’s order, or similar to the one used to execute a black man in 1936 in the last public hanging in the U.S.

Ever since June 17, 2015, when Dylan Roof walked into an AME church and killed nine folks – a state lawmaker among them – in cold blood, in a state that had continued to fly the Confederate flag on state capitol grounds, the nation has been pushed to have a critical conversation about the Confederate flag and all that surrounds it.

But more than conversations were occurring: Confederate flags were being burned all over of the country. Bree Newsome climbed a flagpole in Columbia, South Carolina, and brought the flag down – for a moment. And not much later, on the 4th of July in 2015, I went to Columbia, South Carolina, to the capitol building and launched a nationwide annual ritual to Burn and Bury the Confederate flag. And days later, due to national pressure, the flag was officially and permanently taken down.

Out of all of this emerged a movement to take down Confederate monuments all over the south – most notably, by Take ‘Em Down Nola, who helped remove the well-known Robert E. Lee statue from New Orleans, the same statute under which the Confederate flag was barbequed in a grill the year before in one of my pre-Burn and Bury events. This effort extended to a call to change school and street names honoring Confederates.

For a twisted dose of poetic justice, a mostly black elementary school in Mississippi that was named after Jefferson Davis, the president of Confederate States of America, recently announced that it will rename the school after Barack Obama, the first African-American U.S. president, ironically in a state that still has the Confederate flag embedded in its state flag.

Then of course there have been pushbacks, which I have written about elsewhere, all leading to Charlottesville, where neo-Nazis joined neo-Confederates, armed with tiki torches and bringing back memories of nighttime KKK cross burning and pre-lynching energy. They were there in defense of a Robert E. Lee statue and to make a statement of resistance against the slipping reality of change, which resulted in the loss of a life and the revelation that the current president of United States believed that nice folks walk among neo-Nazis. Then there was the controversially proposed HBO Confederate series, with the premise that the Confederates won the Civil War and black people were still slaves. I wrote about that, too. And adding confusion to convolution, diverting anti-Confederate politics, lawmakers in South Carolina are advancing a stunning proposal to erect a monument for black Confederate soldiers.

It seems to me the back-and-forth over the icons and symbols of the Confederacy could go on for a long time to come. So suppose all the Confederate flags disappear, all the statues of General Lee are recycled, all the Civil War monuments buried, the song Dixie silenced, schools and streets renamed, Mississippi state flag changed? What then? Some would say that on some important level this would be a great victory.

I think we would still have a big problem, because the foundational issue is not the visual warfare of symbols but rather the unresolved matter of the Confederacy itself. The Confederacy, its history, symbols and current narrative have never been brought to justice. This escape from justice – the legal, moral and spiritual kinds – is all too familiar when the crimes involve black people, reminding many of the killers of Emmett Till, Trayvon Martin, the young men in Algiers Motel in Detroit in 1967, and scores of others. America seems to have a talent for maintaining a culture of turning a blind eye to the grand evil that organized white men do, whether it is the greedy Wall Street, brutalizing police, enslaving prisons, racist NFL, predatory casting couches in Hollywood or the treacherous Confederacy.

The Civil War was about slavery and all of the states’ rights that would protect this wretched form of economy. While the Confederate constitution was clearly concerned about states’ rights, there was an irrefutable understanding that the Confederacy was about the business of protecting slavery and white male dominance. Read Ta-nehisi Coates’ What This Cruel War Was Over, and see the catalog of quotes from high-ranking Confederates about what the war was about. To change that narrative to states’ rights is slick, slippery and serpentine, and amounts to tampering with history to preserve a heritage of privilege and supremacy. So the slavery, the treason, the terrorism and the white supremacy are the crimes of the Confederacy, and its associated history and symbols. And it is time to bring the justice.

In 2004, I tried to deliver some symbolic justice, when I tried to bring an outdoor 13-foot gallows performance installation to Gettysburg. Due to pressure about security concerns, and from groups such as the Sons of Confederate Veterans and others, the performance was cancelled and the installation was compromised to an indoor piece. So, 13 years later, with the nation in a very different place regarding the Confederacy and its symbols, I am ready to present “Confederate Flag: A Public Hanging,” as it was intended for the first time at Ohio University in the Scripps Amphitheater at high noon on Thursday, Oct. 26, 2017, with a picnic to follow. I hope this small gesture will contribute to the local and national Confederate discourse, and to the challenging process of healing and reconciliation.

John Sims, a Detroit native, is a multimedia artist/creator, writer, and producer. He is the creator of “Recoloration Proclamation,” a 16-year multimedia project featuring a series of recolored flags and installations, including “The Proper Way to Hang a Confederate Flag,” “The AfroDixieRemixes” and other related projects, including a forthcoming memoir. His work has been featured in The New York Times, USA Today, The Wall Street Journal, Washington Post, and many others. Follow him on Twitter: @JohnSimsProject.

Mr. Sims, you are committing what I believe David Hackett Fisher in his Historian's Fallacies; Toward a Logic of Historical Thought {Harper and Rowe Publishers, Inc., 49 E. 33 St., New York, NY 10016, 1970) would call the Mass Man Fallacy. The supporters of the Confederacy, past and present, weren't--with a few exceptions--white male supremacists as you make them out to be. I'll use one of your own examples. If they were the white supremacists you claim, why would they erect a statue to black Confederates? Why would Confederate President Jefferson Finis Davis say in his inaugural speech that the War of Northern Aggression WASN'T about slavery? If they are such male supremacists, why are there so many FEMALE neo-Confederates? And why are there so many black neo-Confederates today?

Mr. Green, As you asked the question “why” several times, it’s only fair that you receive an adequate and accurate response.
1) Monuments are erected to support premise. In many respects they are forms of propaganda. Long before the US Constitution, blacks were not allowed to carry arms. Almost exclusively, the 60 – 90,000 blacks that are attested to having “fought” in the Civil War were largely impressed into service or accompanied their owners. The roles in which they served were, to the best of anyone’s knowledge, exclusively supportive, such as cooks, teamsters, laborers, valets or similar.
In March, 1865, as a last ditch effort, the Confederate Congress passed a law allowing blacks to enlist. Apparently no evidence exists of blacks entering into armed service as a result. Three weeks later the Confederacy surrendered.
The almost non-existent number of monuments which you speak of, to blacks who “fought” for the Confederacy, are weak efforts at justification rather than any show of respect.
https://www.civilwar.org/learn/articles/black-confederates
You might take interest in their “About Us” page. Or, maybe not.
2) You suggest that Jefferson Davis bristled at the notion of slavery being a context for secession. While slavery is only eluded to in his address, it was perfectly implicit in his acceptance, as the Declaration of Secession and/or Declaration of Causes from all seven states which seceded prior to his inauguration specifically cited the perpetuation of slavery as principle cause. (This includes Florida, with an unpublished version of its 1861 Constitutional Convention having later been unearthed.)
3) “Male white-supremacists” are a sub-set of “white-supremacists,” the latter being inclusive of both males and females. Neither gender holds any exclusivity, least of all to hate.
4) Re “so many black neo-confederates”: You may be confusing contemporary black “southern nationalists” with black “neo-confederates. Otherwise “so many” is largely limited to the occasional H.K. Edgerton.
Regarding your overall premise, humans seem to have an internal need to “join” something. You might care to reconsider that, based upon facts rather than popular fiction…