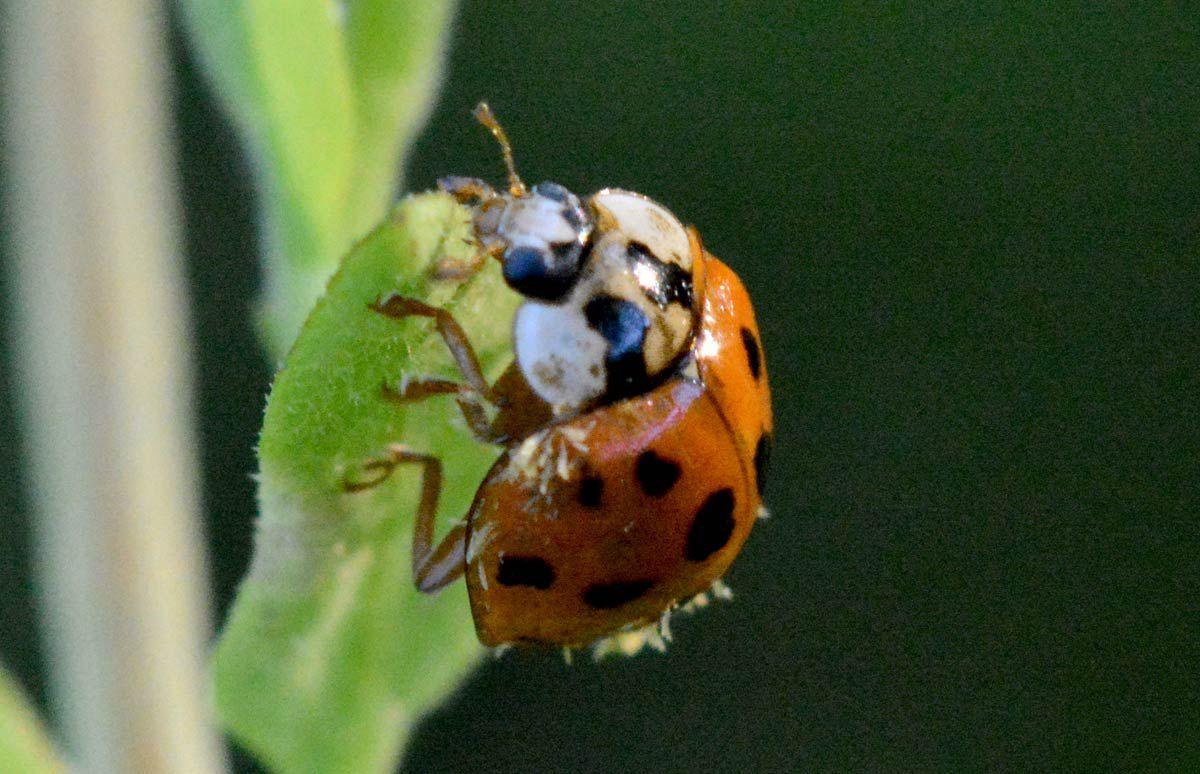 Here’s what might be some good news in a time when we could use it: the Asian ladybugs seem to have disappeared. Have you noticed this where you are?

The observation is only that – what I’ve seen myself and have heard from a few others. I hope it’s true for the region, indeed the country. Here, and other places nearby, the miserable insects appeared right after the first thaw this year, in their usual early numbers. But then, instead of going on to erupt in the infestation to which we have become accustomed, they disappeared entirely.

Typically, they begin showing up in the first warm days of spring. They somehow get into our homes and congregate in the corners of ceilings. After a while, those whom we have not vacuumed away (I have an actual vacuum cleaner used solely for that purpose) go elsewhere, until autumn, when they return before winter. But I can usually find a few around, indoors, just about any time – until now. I haven’t seen a single one in many weeks.

The Asian ladybug, you may remember, came to us courtesy (not really – we paid them to do it) of the geniuses at the United States Department of Agriculture who in their wisdom turned the thing loose, as earlier the USDA, by promoting the damned thing, had inflicted upon a noble and trusting nation the miserable multiflora rose. The ladybugs (and the roses) went wild, literally, and have vexed us ever since.

The idea was that if the government released billions of Asian ladybugs, they would all go to the country’s soybean fields and eat harmful aphids. Maybe some of them did that, but many of them didn’t. They decided instead to visit our homes and other buildings, in quantity.

They have no natural predators. They taste bad to birds and are poisonous to their fellow arthropods. They drive nice native ladybugs toward extinction by spreading diseases and parasites to which they are themselves immune. They reproduce rapidly, with multiple generations per year compared to the single annual reproduction cycle of the native variety. A lot of people are allergic to them, the symptoms being coughing, sneezing, and sometimes a rash. It’s said that they bite, but they actually scrape the skin with a sharp part of their shell, then secrete a noxioous substance into the shallow wound.

And as with the multiflora rose, there’s no effective way to be free of them. (Unless, maybe, now, by a means that is a mystery).

The multiflora roses were an earlier Good Idea: They should be planted, the USDA said, and would grow into “living fences” – green, leafy, fast-growing natural-barbed-wire hedges. The people at the USDA who know about spiny plants apparently don’t speak to the people at the USDA who know about birds. Otherwise they would have learned that birds love to eat the little red seed pods of the multiflora rose. The seeds survive their trip through the innards of the birds and get, um, ejected as the birds fly over. The result is clumps of fast-growing, indestructible barbed wire appearing everywhere.

It is said that we must never attribute to malice that for which stupidity will answer (though the notion predates and has been largely overpowered by the internet), so we should assume that the USDA has always meant well, the results notwithstanding. Still, they might benefit from what my father was wont to call “a good larruping.” Having gotten larruped a time or two myself, I can attest that it does focus the mind and impart a taste for care and precision.

While the multiflora roses are thriving this year, growing at an astonishing rate and bearing thorns of a tenacity only dreamt of by fishhook manufacturers, the dreaded Asian ladybug is absent. I hope that others are seeing this as well. I’ve tried to get in touch with entomologists I know, but without success – they’re all out chasing this year’s hatch of 17-year cicadas. It would be good to find out whether the disappearing Asian ladybug phenomenon is a purely local one.

It’s not as if my house has gotten sealed especially tightly. I’ve been moving a lot of firewood around and the expected crop of wood roaches has crept into the house. There are usually a few dozen paper wasps that show up in the house over the course of a spring, and they’ve been absent, too, this year, but last year I launched a strategic campaign against them that included disrupting an enormous wasp mating party, and perhaps mirabile dictu it worked.

If, as my observations and those of acquaintances indicate, the Asian ladybug is indeed gone, the first question is whether the disappearance, please God, is permanent. The second is whether the cause is something that ought to worry us – does it have an effect on any native species?

(Then there are the three questions that would pop into modern minds: 1. Does it have anything to do with COVID-19? 2. What is the politically correct response? 3. If there’s blame, can it be assigned to Donald Trump, the deep state, or some other sinister person or group?)

Here’s hoping that whatever it is that seems to have eliminated them itself departs without hurting anything else (well, except perhaps for marmorated stink bugs and, why not, multiflora roses). And here’s hoping that by mentioning the phenomenon I haven’t jinxed it.

But if we’ve learned nothing more this unusual year, we have seen as never before how subject the world around us is to unforeseen circumstances.