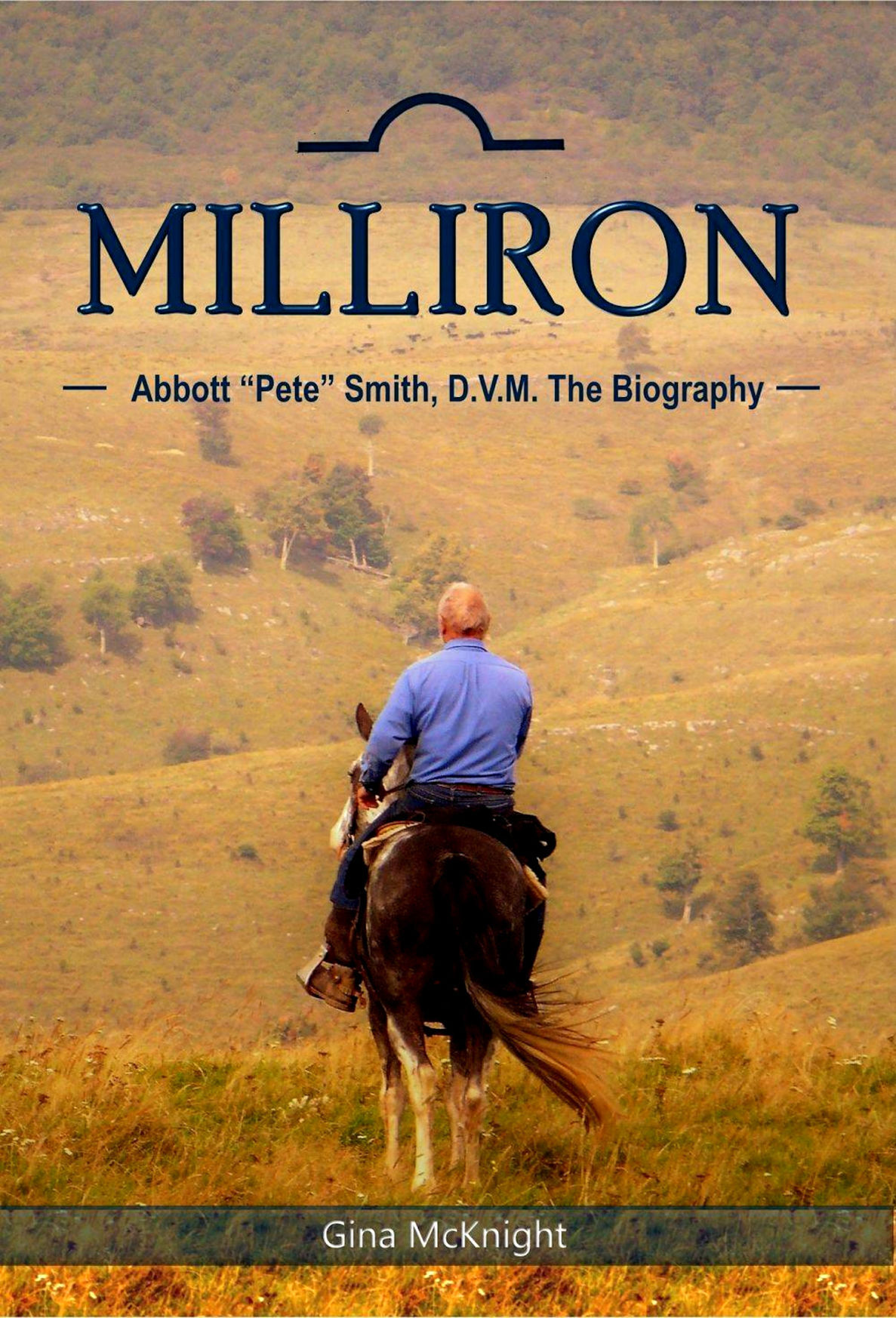 A casual observer might have found it surprising the way word spread, ten, now almost 11, years ago, when Pete Smith died. He’d been terribly injured while felling a problematic tree and succumbed a few weeks later.

Many, many people mourned; their number increased if you add the ones who were surprised, because Abbott Pliny “Pete” Smith III was indestructible.

I never met him, which puts me in the minority hereabouts, but I’d certainly heard of him. Anyone who traveled Route 550 near Athens would notice the big sawmill spread and the sign that said it was here that he had his veterinary clinic. And I certainly remember in just one day receiving four phone calls from friends here who were shocked and sad and who were responding, as people do, by talking about what an awful thing his death was.

Late to the game — my fault, not the book’s — I’m reading “Milliron,” Gina McKnight’s biography of the beloved local vet of international repute. It surprises me that I didn’t snap up and devour it when it was released three years ago — on the bookshelf near the desk where I’m writing this there stand a dozen or so of the James Herriot books, about being a Yorkshire veretinarian in pre-war England. Next to them are my grandfather’s own books about dairy goats. It’s a subject that appeals to me and that ought to appeal to anyone who loves animals and those who care for them.

Perhaps it’s serendipitous, too, because it gives me the opportunity to mention it in a time when many people are purchasing gifts while shopping is relatively limited.

The book came about, Gina McKnight told me over the weekend, when Pete’s son Pat approached her about writing it. Pete’s life had been so vast that he, Pat, didn’t even know all of the details. Would she gather them together and write them up? As is always true of book writing, no one knew at the outset how big a job it would be.

It included talking with some of the thousands of people who knew Pete Smith. Gina was often accompanied by a family member, particularly Jody Smith, Pete’s wife. (I do know her a little. She is feisty and smart and a force of nature and it’s always a pleasure to see her.) “It was actually healing for her,” Gina said. “We would see people she might not have seen for years, and we would sit for hours and talk about Pete.”

Truth is, Gina was herself one of those people who could have been interviewed. Early in the book there is an illustration by Terry Fortkamp that shows a chilly night in a barn, a bundled-up boy and girl watching as a man inoculates white-face cattle, tight in a pen, the vet standing on their backs. The little girl is Gina, the man is Pete, and the scene is her family’s Hereford farm. “I remember it so well,” she said. “He would walk from cow to cow, inoculating them.”

There are so many anecdotes in the book that it would be unfair to single out one or two for mention – besides, that’s what the book is for. But Pete’s Smith reputation and influence extended beyond that of the typical small-town veterinarian. He was a remarkable guy in a surprising place, in an area of the country that seems to specialize in that kind of thing.

Writing the book was itself a moving target, with more and more information getting discovered all the time. At one point Jody discovered a collection, long unseen, of essays and stories Pete had written when he was young — “They’re really good!” Gina said. Three years after “Milliron” was published the material continues to flow in. There will be a new edition sometime, but not for a while yet.

The thought was for a time that the book might be published by Ohio University Press, but the fit wasn’t perfect – OU Press has fairly strict requirements as to format, length, and so on, and Gina and the Smith family’s manuscript would have to have been altered beyond recognition to meet them. Which isn’t to say there was any animosity or dispute; the OU Press people were helpful as the project moved in a different direction, which led to something called Monday Creek Publishing.

After Gina and the Smith family decided they didn’t want to change the book to fit OU Press requirements, there was discussion over what they should so with the manuscript. “Monday Creek Publishing would not be, except for Pat Smith,” Gina said. “He is the one who said, ‘You figure it out, Gina.’”

So a publishing house was formed. It has grown. In a time when the big commercial houses have gone in bizarre directions in order to stay alive, Gina McKnight and her lovely company produce a wide range of books, from children’s titles to historical fiction and nonfiction, poetry, books having to do with horses — yay! — and subjects of regional and universal interest. That alone is wonderful, bordering on the miraculous.

The company has grown in prestige, too, sending authors to the Ohioana Book Festival each year – which is a nontrivial thing.

The company has a website – www.mondaycreekpublishing.com – that lists the current catalog and has nice thumbnail profiles of its many authors and illustrators.

“A lot of our books are also carried by local bookstores here, too,” she said.

It might be serendipitous, then, that somehow, for no particular reason, I didn’t read “Milliron” when it was published and when others here were writing about it. None of us anticipated a time such as the strange current day, when traditional shopping is limited and perhaps ill-advised, and when the online options are mostly uninspiring, when finding something special – be it the biography of a beloved veterinarian or a rural kids’ book or a Civil War story or the memoir of Dr. jw Smith (available, too, in Braille) is difficult.

That’s how I choose to view it, anyway. If you stop by the Monday Creek website, you might well find something personal and moving, something that has to do with our area and supports our area and its businesses and authors and illustrators at a time when we’d love to do that.

Then it’s Christmas cheer for everyone involved.