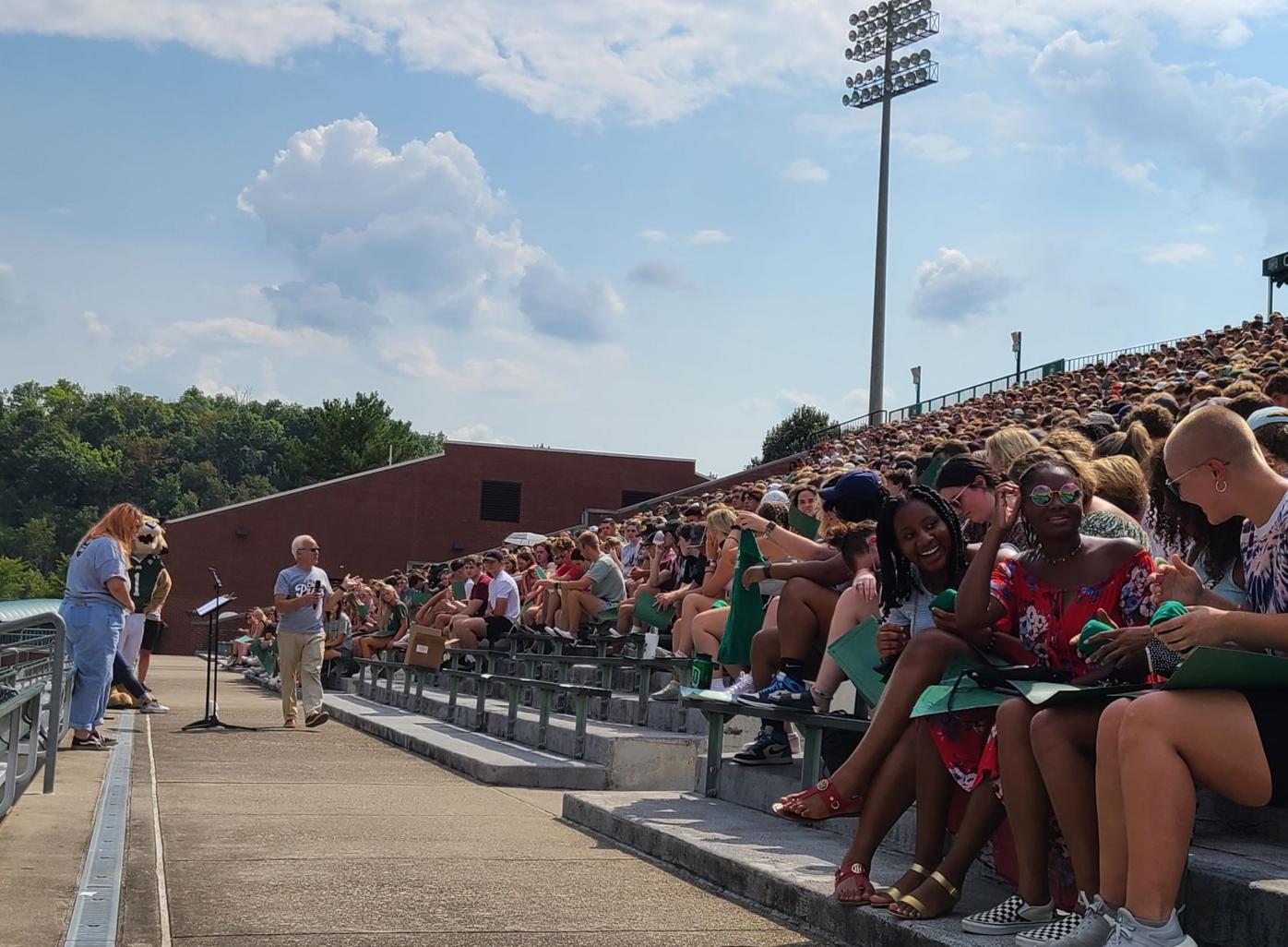 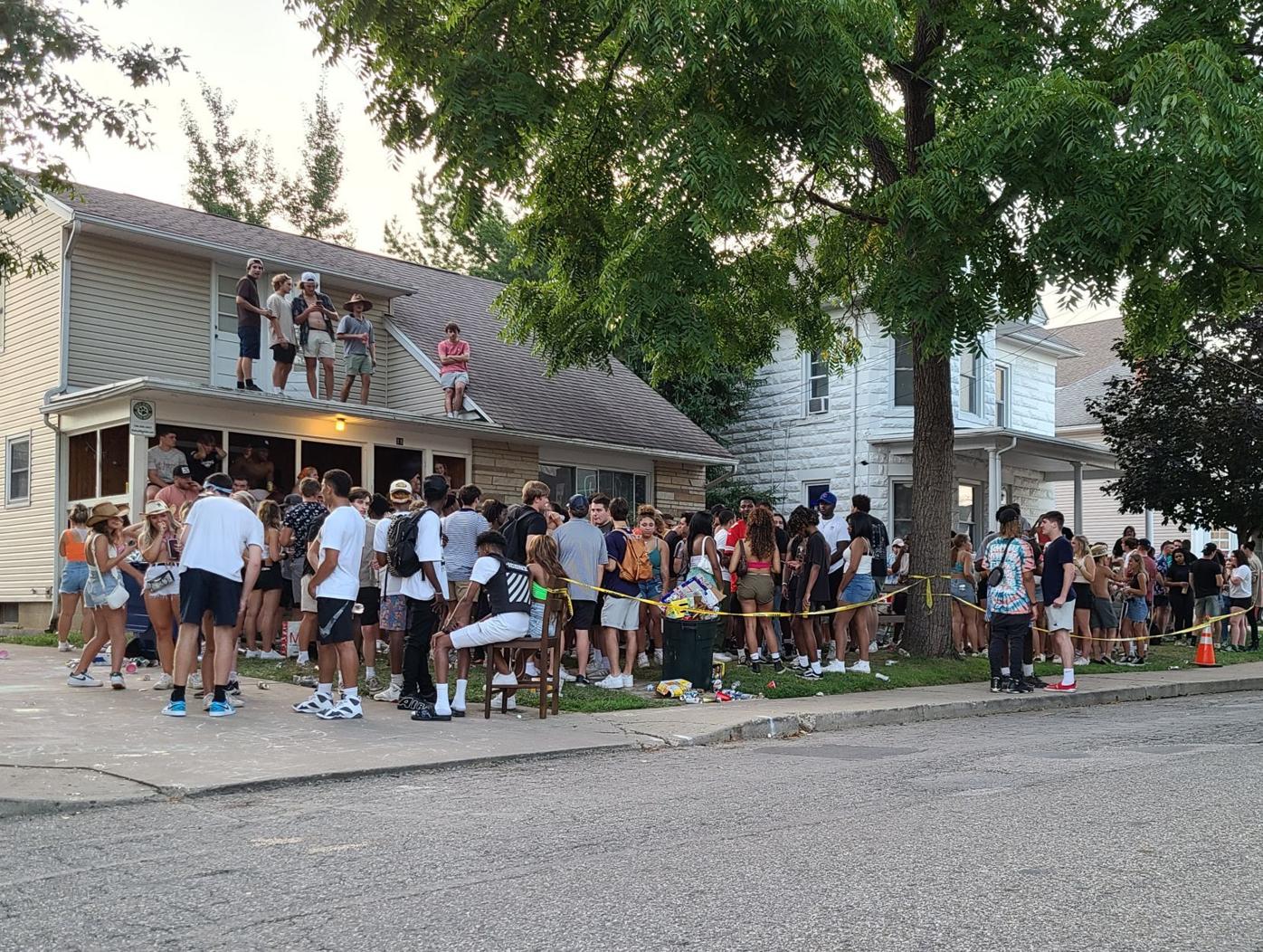 Returning students gathered for large parties throughout the weekend. Photo by Cole Behrens 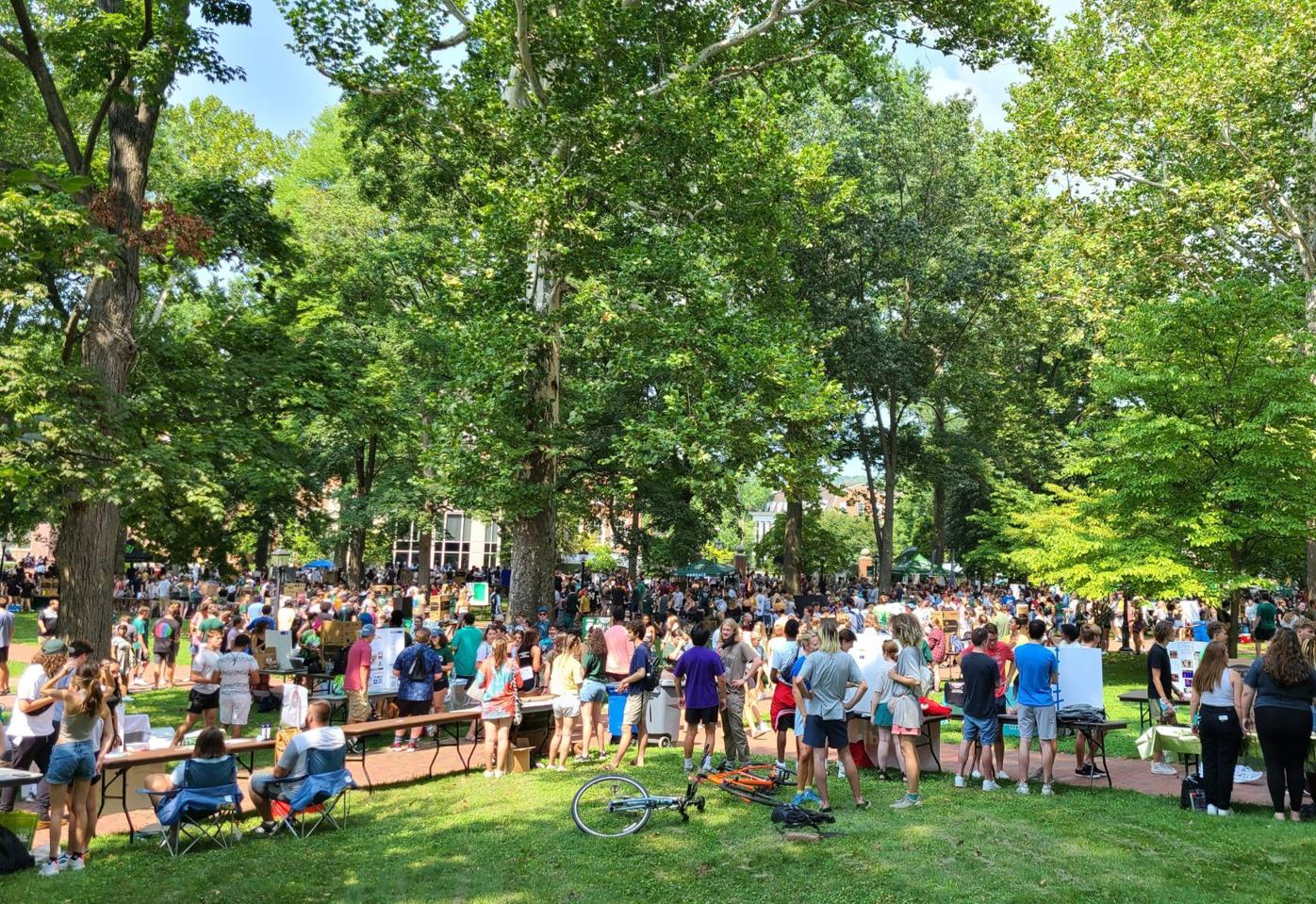 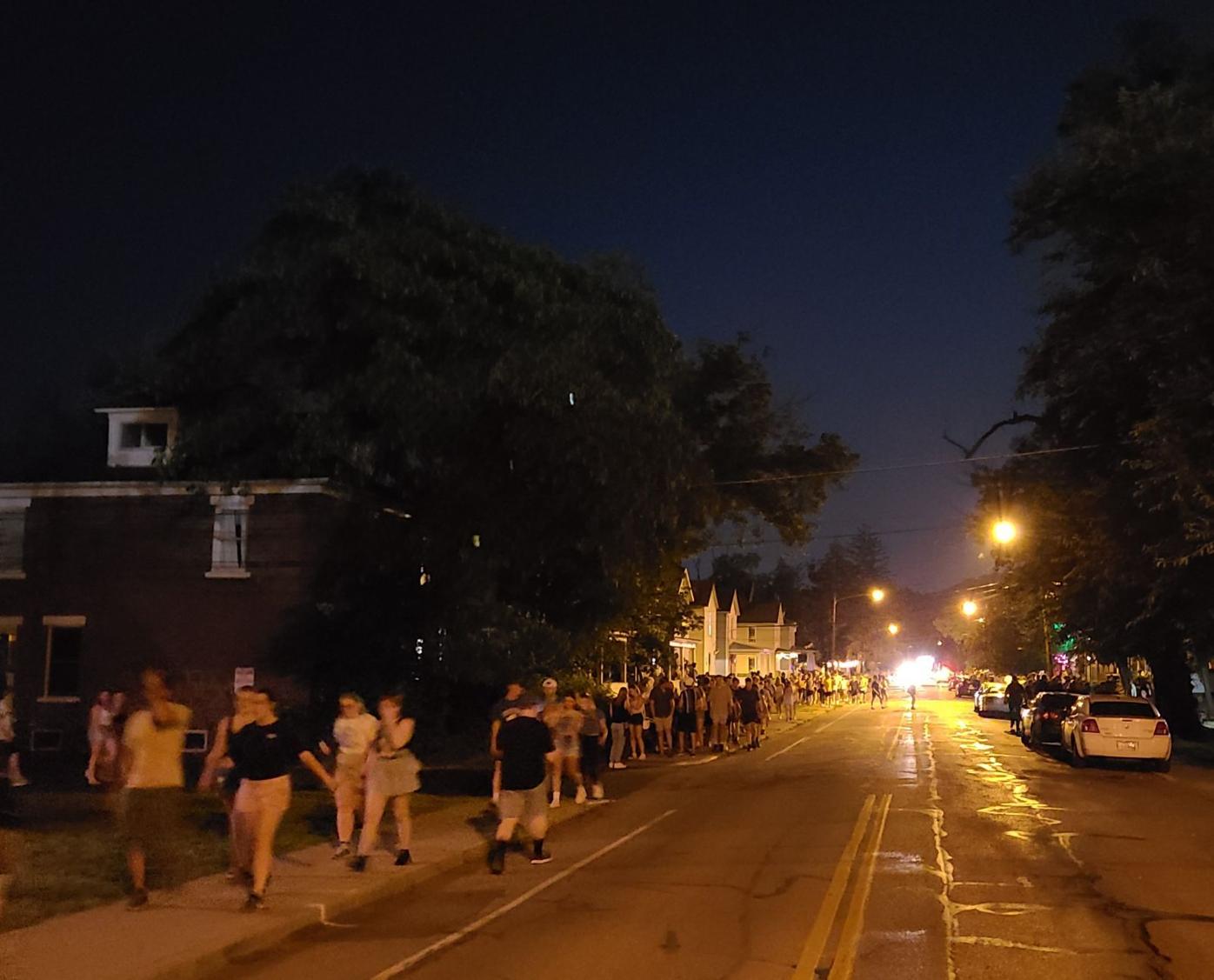 Revelers leave parties as they were dispersed by the APD. Photo by Cole Behrens

Returning students gathered for large parties throughout the weekend. Photo by Cole Behrens

Revelers leave parties as they were dispersed by the APD. Photo by Cole Behrens

If you’re in Athens and you haven’t noticed yet, here’s the scoop: students are back in town.

On Court Street, on the College Green and throughout student housing, an energy returned to Athens that hasn’t been around for 18 months — or longer.

Mike Carson, owner of The Shack on Court Street and Athens nightlife promoter, said the “vibes” were back.

“It’s kind of giving me the vibes of old Athens — about three years ago or so” Carson said.

Large student gatherings also returned, including university gatherings like the involvement fair on Sunday and the freshmen convocation — and unsanctioned large gatherings on Mill Street and other student neighborhoods.

In a statement, Ohio University spokesperson Carly Leatherwood said the university “is deeply committed to providing as safe an experience as possible” for students and visitors as they return.

She urged students to be behave responsibly and encouraged them to either get vaccinated or be safe this semester.

“To a person, each of us craves a return to normal life,” Leatherwood said. “And, the responsibility is on each and every one of us to adhere to local, state and national guidelines, as well as University policy and the Presidential Health Directives to help stop the spread of disease on our campus and in the communities where we are located.”

In a statement, Leatherwood warned that if the university discovers a student is “not following (the university’s) safety expectations, they will be held accountable via the Student Code of Conduct and could face consequences, including removal from any in-person classes or even a university suspension.”

Over the weekend, however, students were observed at large gatherings, most of which concluded fairly early in the evening. Law enforcement saw a lot of “voluntary compliance” to shut down parties the weekend, said Athens Police Department Lt. Jeff McCall.

“We’re going back a couple years since we’ve had a move in like this,” McCall said.

To some extent, partygoers' cooperation can be chalked up to a lack of “historic knowledge," Athens Mayor Steve Patterson said, because the city and campus now has “basically two classes of freshmen” — the incoming freshman class and last year's freshman who began college virtually. This reporter observed said lack of historic knowledge as students sprinted away from parties as police were approaching​​.

“That is almost as foreign to APD as it must be for some of these individuals who didn't have a normal experience in 2020 and some of 2021,” Patterson said.

Patterson urged students to leave parties calmly, rather than running away, to avoid being struck by cars or getting trampled if they fell.

“‘Oh, I am running to get away!’” Patterson said. “Well, what are you getting away from? The police aren't going to go running after you.”

McCall also said people should leave by walking, not running.

“We were just ending the party, you can walk away safely,” McCall said he would say to people leaving at a brisk pace.

On Saturday afternoon, on South Green, cars lined the road as dorm residents unpacked their cars and moved in.

Vincent Eguakun, 22, a senior who was moving into Sowle Hall, said he had a feeling his senior year would be more exciting than last year.

Brad and Kathy Parker, of West Lafayette, Indiana, were moving their sophomore daughter into Sowle, and said the atmosphere was completely different than when they moved in last year.

“We’re really happy for her and are excited about the experience,” Brad Parker said.

Kathy Parker said she was concerned about the lack of mask-wearing happening during move-in.

“We’re getting on an elevator that clearly says ‘wear a mask,’ but nobody is wearing a mask,” Kathy Parker said.

Beginning earlier this month, Ohio University has been requiring mask use in all indoor spaces, regardless of vaccination status — and also ordered all residential students to take an asymptomatic coronavirus test. Patterson also reminded students of the city's mask mandate, which includes all public spaces.

On Sunday, organizations set up for the involvement fair, which did not happen last year. Thousands of students walked through College Green, weighing their club options. The fair was later ended by an untimely deluge of rain.

Ian Dickens, 21, a senior studying strategic communication, was recruiting members for Bobcathon, a dance marathon that fundraises for the Ronald McDonald House. He said the in-person nature of the organization hindered recruitment in 2020.

“Especially with the Bobcathon being such a physical event and in-person dance,” Dickens said.

China Henderson, 20, a junior studying sociology/criminology and vice president of the Black Students Union, also said recruiting in 2020 was tough.

“It’s been kind of hard having meetings through (Microsoft) Teams, so it will be nice to have face-to-face meetings,” Henderson said.

Kevin Hahn, 21, a senior studying engineering technology and management, said the past year and a half have taken much of his college experience from him.

“Last year, since all classes were online, I was so bored,” Hahn said. “I’d visit my friends, and feel like I had to do logistics for D-day just to go out and hang with them.”

Zach Conover, 18, an undecided freshman studying business, said he was excited to be in Athens after almost two years of virtual high school. Conover, who is vaccinated and said he was interested in the health of students, said he was worried restrictions might return to Ohio University.

He said he was grateful to be coming into college with a mostly normal experience.

“I’m so excited to be here,” Conover said.