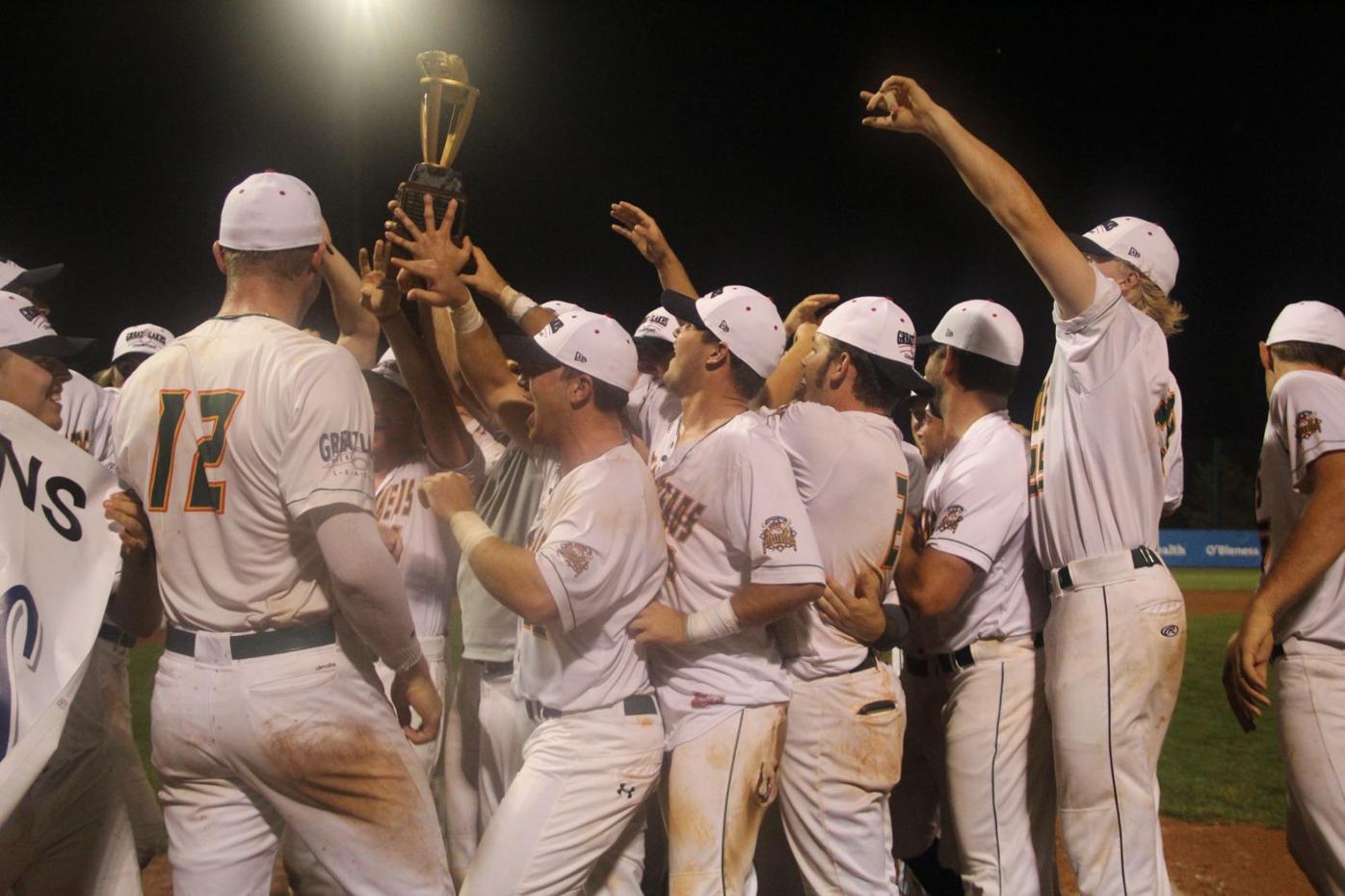 The Copperheads swarm after being presented the GLSCL Championship trophy. Photo by Southern Ohio Copperheads. 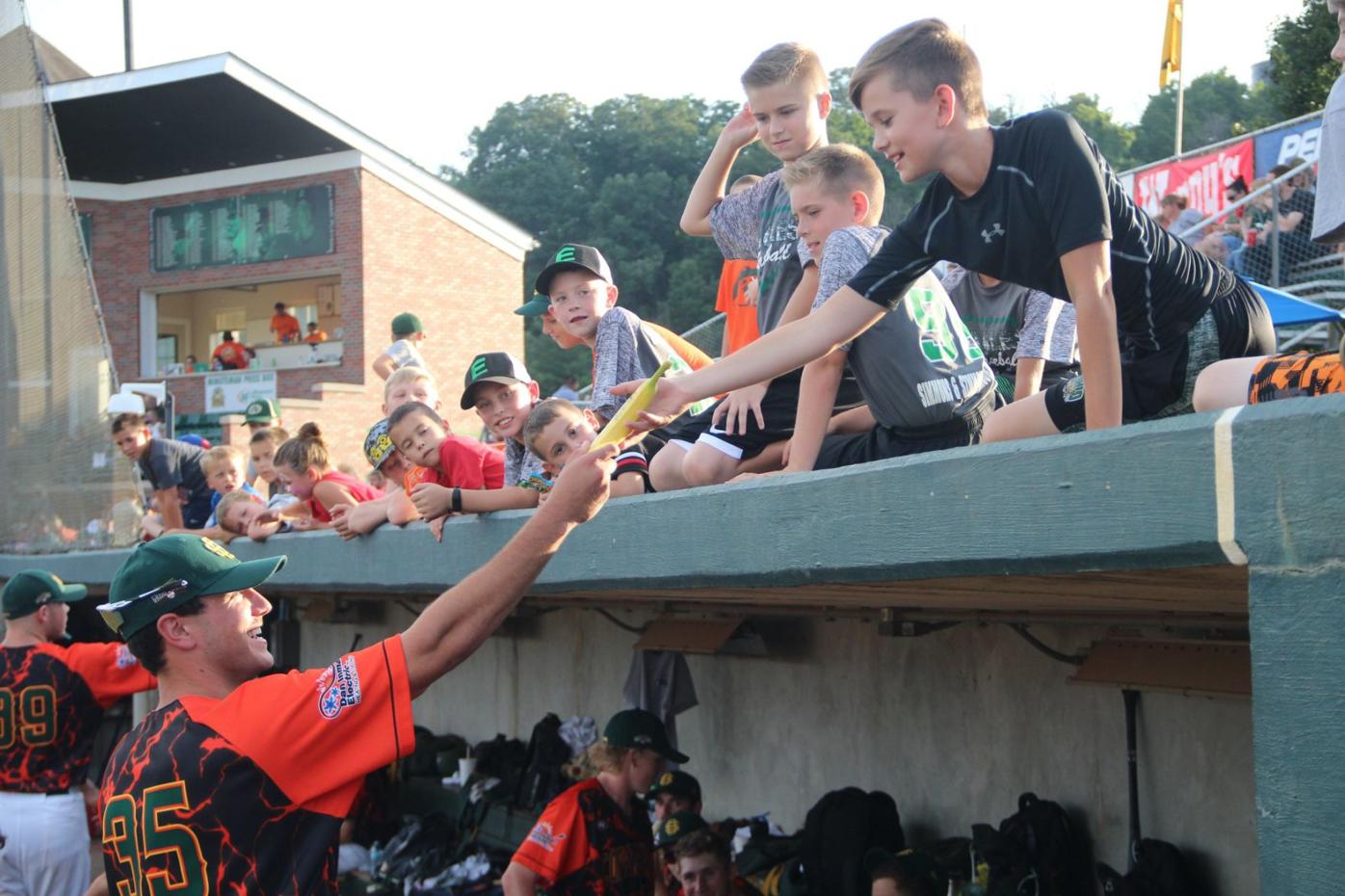 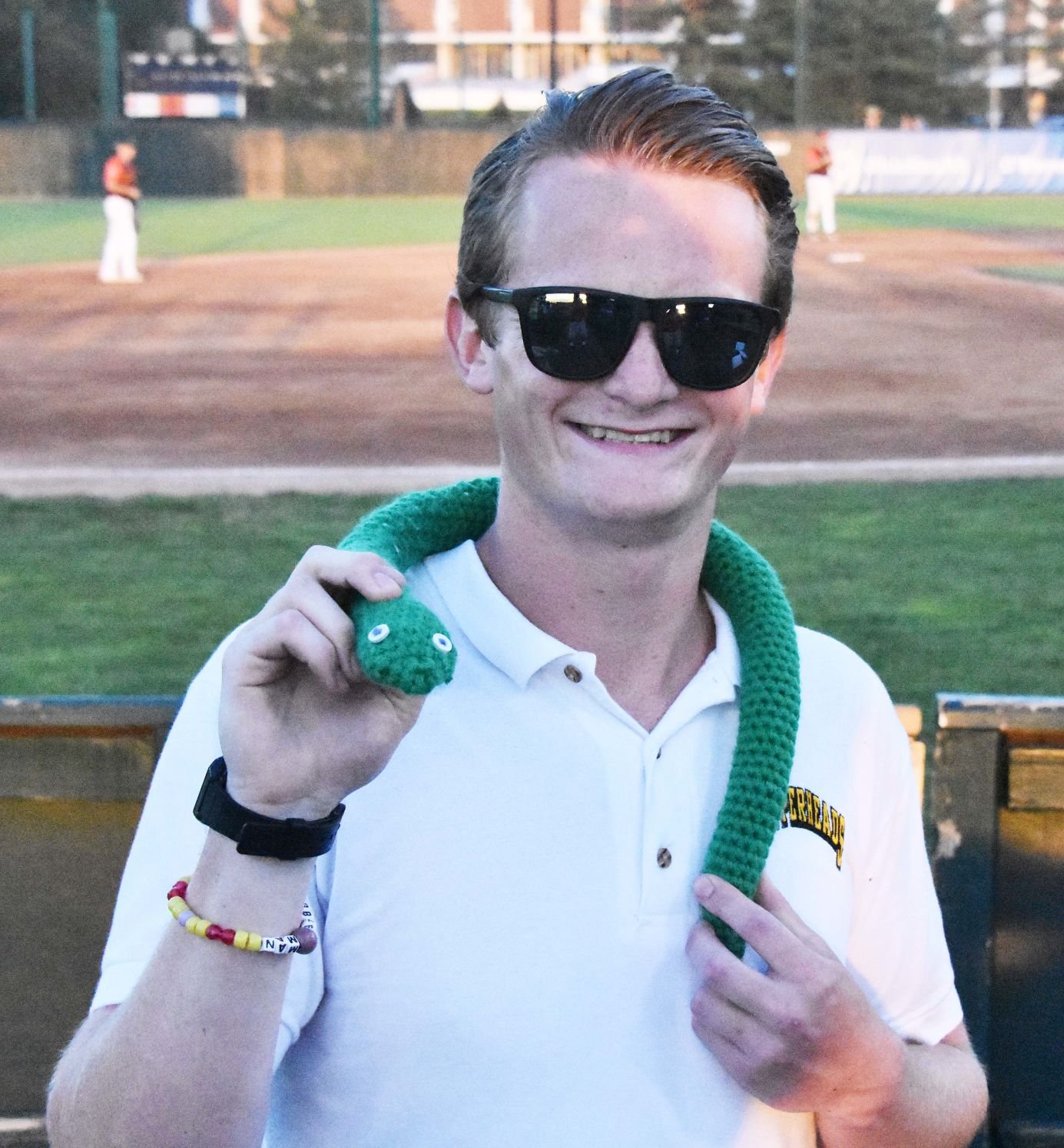 On-field host Troy Lowe poses with a snake given to him from the Athens County Knitters who attended the game. Photo by Southern Ohio Copperheads.

The Copperheads swarm after being presented the GLSCL Championship trophy. Photo by Southern Ohio Copperheads.

On-field host Troy Lowe poses with a snake given to him from the Athens County Knitters who attended the game. Photo by Southern Ohio Copperheads.

The Southern Ohio Copperheads entered their 17th season without having won a Great Lakes Summer Collegiate League Championship. Championship series appearances in 2009 and 2014 ended with close, but tough defeats.

The GLSCL is a wood-bat summer-ball league that includes recruited college players who participate in order to get extra playing time in the summer. They come to Athens from all over the country.

This past summer drew the most talented group to Bob Wren Stadium yet and finally brought the elusive championship to not just the Copperheads, but to Athens and the team’s supporters in the community.

The Copperheads entered the playoffs with a 31-10 regular season record that was tops in the league and gave the team a bye in the first round. After sweeping the Hamilton Joes in the semi-finals, Southern Ohio just needed to win two more games against the Saginaw Sugar Beets for the title.

Southern Ohio’s Ty Alderman (Mississippi College) launched a home run in the first game, and pitcher Jeff Ciocco (Western Kentucky University) shut the Beets down from the mound. The series moved to Bob Wren Stadium where the Copperheads pulled out one more game.

Some rain postponed and delayed the final game to Aug. 8, and the Sugar Beets jumped all over the Copperheads to a 7-0 lead. The Copperheads chipped back and eventually tied the game in the seventh inning. Ray Zuberer (Western Kentucky University) smacked a two-run home run and the next pitch was sent over the wall by Blaine Crim (Mississippi State).

The Copperheads ended the game on top 10-8 and dog-piled on the pitching mound before posing and celebrating with a trophy and a championship banner. Twenty-nine players showed up at the beginning of June and grinded through the summer and finally celebrated being at the top. Less than 24 hours after clinching the title, those 29 players were gone.

The players that formed the Copperheads had one night to celebrate in Athens before going back to home or school in places including New Jersey, Alabama, Mississippi, Tennessee, Missouri and other states. Most will probably never return to Athens, but the impact of the city and the community found appreciation more than just on the diamond.

Crim was the GLSCL’s Most Valuable Player in his second season with the Copperheads. He had some of the most important performances of the season, but he had greater accomplishments than those. Crim signed autographs and gave away broken bats and balls after every game. He posed for pictures and befriended kids and whole families. Most players don’t return to the same summer-ball team for multiple years. Crim, however, along with Ty Suntken, returned to Athens for a second summer. It’s more than just the baseball.

Player Thomas Zazzaro attended an event where he read at a local library to some kids and made sure to find them in the crowd that night and every game later. Every player and coach visited the new Athens City Pool to meet fans, play games and hand out tickets. They weren’t forced to go; they went to show the city the same support they got on a nightly basis.

Twelve players received season honors including Crim’s MVP award, and head coach Phil Butler was the Coach of the Year. Those players won’t be remembered for those awards as much as finally winning a championship and including the fans in that celebration.

Copperheads President Dave Palmer finally got to stand and watch his group of players, coaches and student staff celebrate going the distance. Vice President Anne Brackley celebrated with her “learning laboratory” of student workers. Kaleb Sislowski, in his fourth year overall as a Copperhead and second year as general manager, got to celebrate his years of work when the players called him in to celebrate with the trophy.

The Copperheads of 2018 were special not just because of the immense baseball talent or the passion of the student workers and directors, but because they understood more than any group before how much the Athens community supports its supporters.

Editor’s note: Alexander Harrison worked as director of media and communications for the Copperheads this summer.