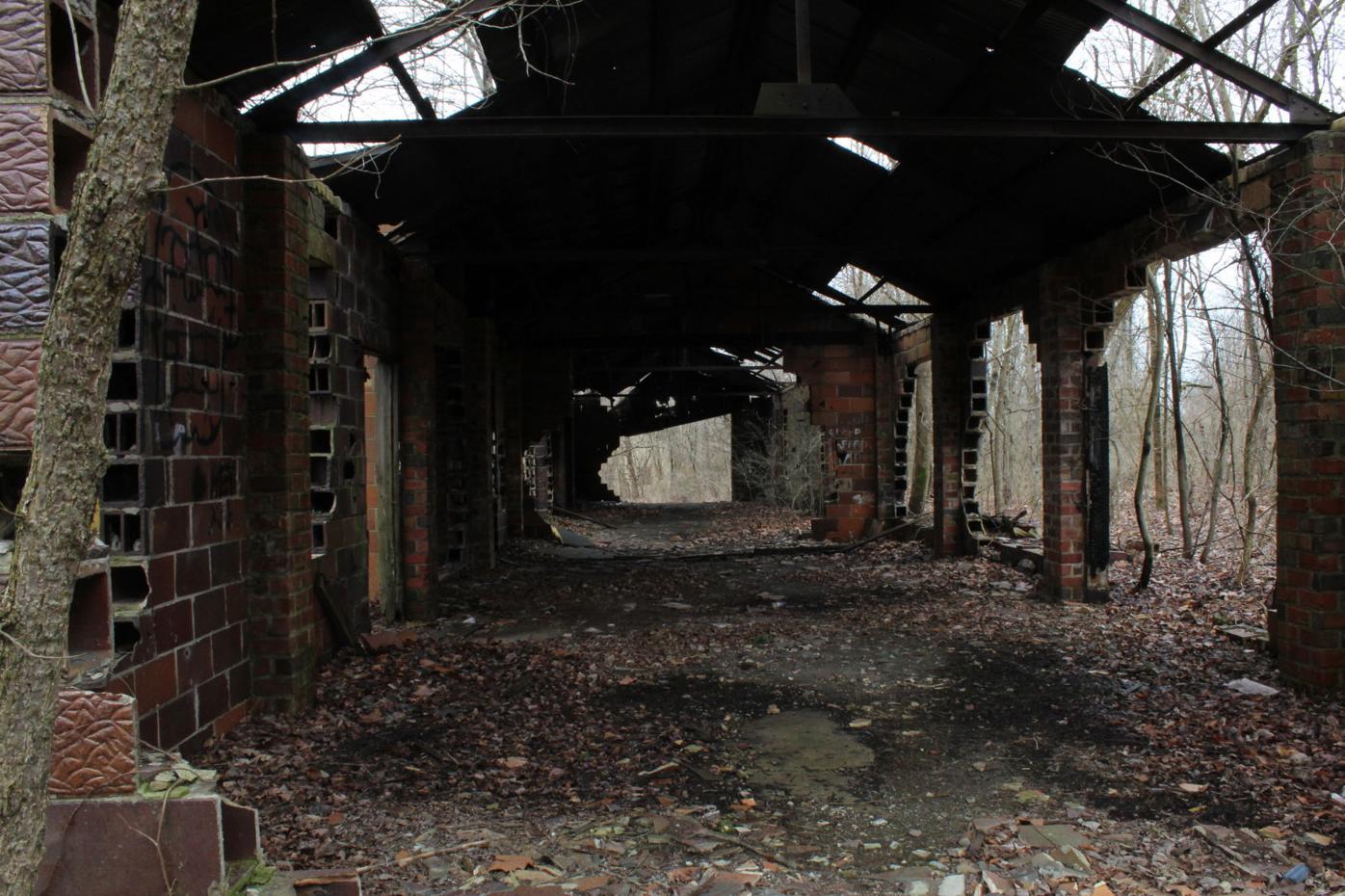 An abandoned mine building in The Baileys, near Chauncey. 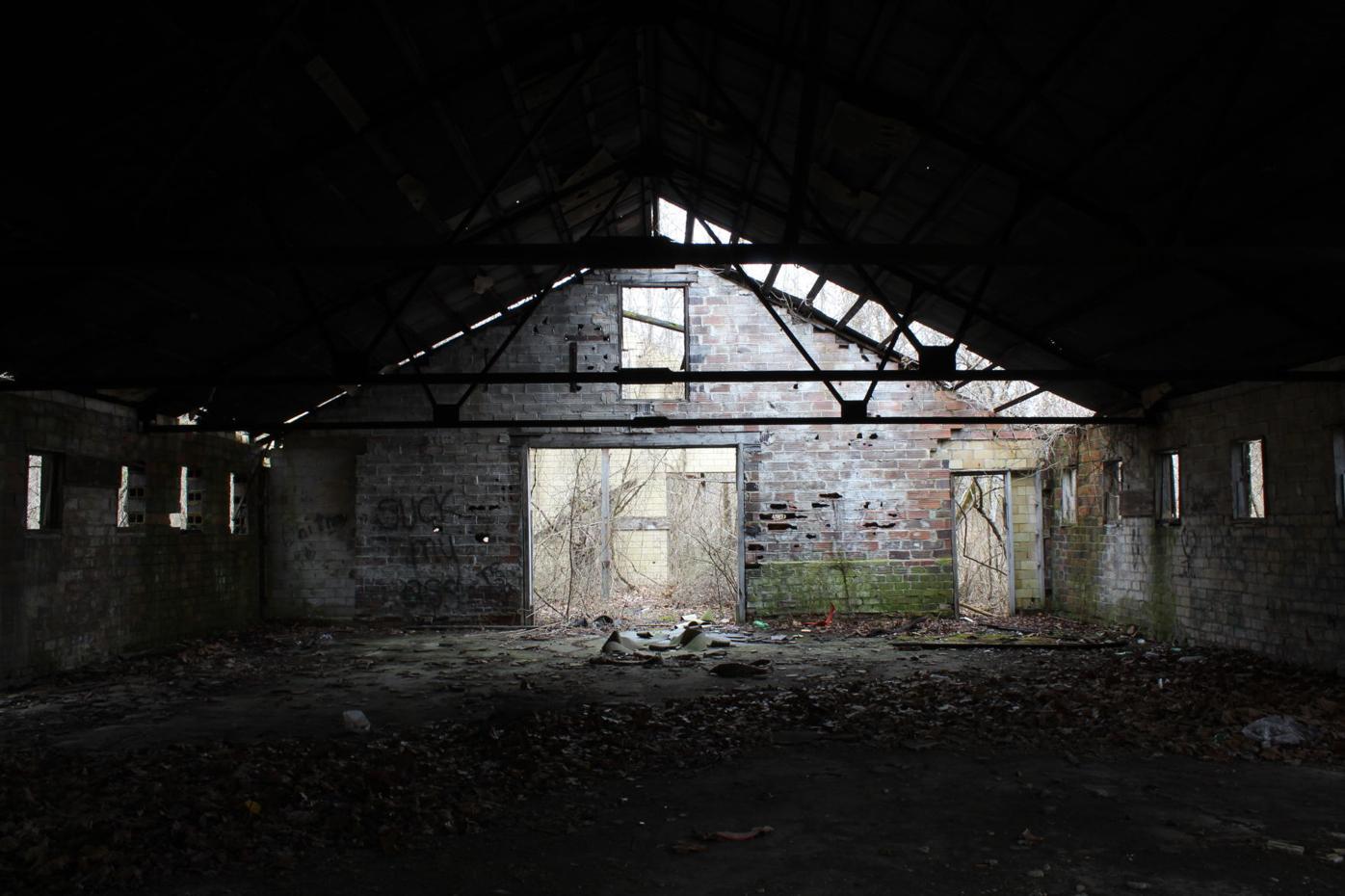 An abandoned mining building at The Baileys.

An abandoned mine building in The Baileys, near Chauncey.

An abandoned mining building at The Baileys.

A collection of local stakeholders are looking to preserve a slice of Chauncey’s history and improve The Baileys Trail System at the same time.

Located just off the trailhead entrance at The Chauncey-Dover Community Park are several relics of mine buildings in varying states of disrepair, from when The Baileys was a mine system, not a bike trail.

Chris Chmiel, Athens County commissioner and land bank board member, said he is working with a variety of interested people to see if the ruins can be turned into a museum, rather than be demolished as planned.

This includes working with the Ohio Department of Natural Resources, the Outdoor Recreation Council of Appalachia, the village of Chauncey, the property owner and those who want to see local history preserved.

Chmiel estimates the coalition needs to raise $12,000 toward the effort.

Southeast Ohio History Center historian Tom O’Grady is among those who want to stabilize and turn the buildings into a safe outdoor museum that informs visitors about the history of the town.

“The people of Chauncey, their ancestors built these buildings and spent a lot of their lives in those buildings,” O’Grady said.

Chauncey is one of the oldest settlements in Athens County, and originally was founded as a salt mining town, according to the 1984 book “Getting to Know Athens County.”

Chauncey, like countless other sites in the region, was once the site of a major extractives industry, located at the present site of The Baileys Trail System (The Baileys is the name for the geographical location).

However, following the Second World War, the extractives industry — primarily at that point, coal extraction — left the town and brought with it economic uncertainty. The buildings on the site have since been abandoned, and are on property owned by Jim Edwards.

With the development of The Baileys Trail System phase two, the buildings' status is coming into question. Bob Eichenberg, former Athens County planner, said the buildings are set to be demolished as part of the prplanned phase of development.

Stephanie O’Grady, spokesperson for ODNR, said in an email that ODNR Division of Mineral Resource Management is working with the local history center, Chauncey, the private landowner, and ORCA to preserve as much of the buildings or building footprints as possible.

Ms. O’Grady said ODNR must first assess the health and safety risk to the public created by those old buildings because The Baileys and nearby Adena-Hocking bike trail are a part of the Abandoned Mine Land Economic Revitalization (AMLER) Program.

Eichenberg said it is important to preserve the mining buildings because southeast Ohio is losing cultural heritage to time and decay.

“It's part of a bigger idea that we have that we’re losing a lot of sites that have historical significance, you know it's usually old historic artifacts that evade people's eyes,” Eichenberg said.

Tom O’Grady agreed, and said he envisions a “southeast Ohio industrial heritage trail” that could be a source of tourism for the region.

“The finest assets of southeast Ohio — besides its people — are its natural or cultural heritage,” Tom O’Grady said. “Whatever it might be, it's what built Ohio.”

Chauncey Mayor Amy Renner said she supported the idea, but there were numerous environmental hazards and liabilities that needed to be addressed before any real work could be done toward the project.

However, she said the idea would be a way to share the “colorful” history of Chauncey and the region with visitors to The Baileys.

“Especially now with the revitalization efforts and repurposing the land that used to be the sole source of industry for Chauncey,” Renner said. “It's still really important for us to hold onto our history and educate people on our history especially for the people visiting our land.”

Chmiel said if funding hurdles were cleared and the proposed demolition of the buildings does not happen, the coalition would contract with Hillferty & Associates, an Athens-based museum design firm.

Chmiel added that he believed an outdoor museum would enhance the experience of The Baileys Trail System.

Tom O’Grady said it is important that Athens County work to preserve its heritage and memories of the past before they are gone.

“Our history defines us, and when we erase it we come out with a bit of a sketchy idea of who we are,” O’Grady said. “These things don't have to disappear beneath bulldozer blades — they can be stabilized and remind us of where we came from.”

Jessie Powers, director for ORCA, could not be reached for comment by publication time.