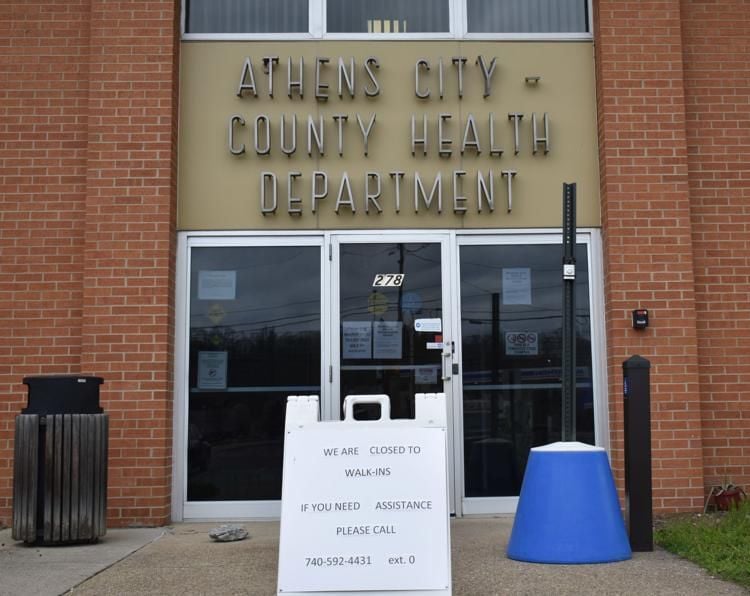 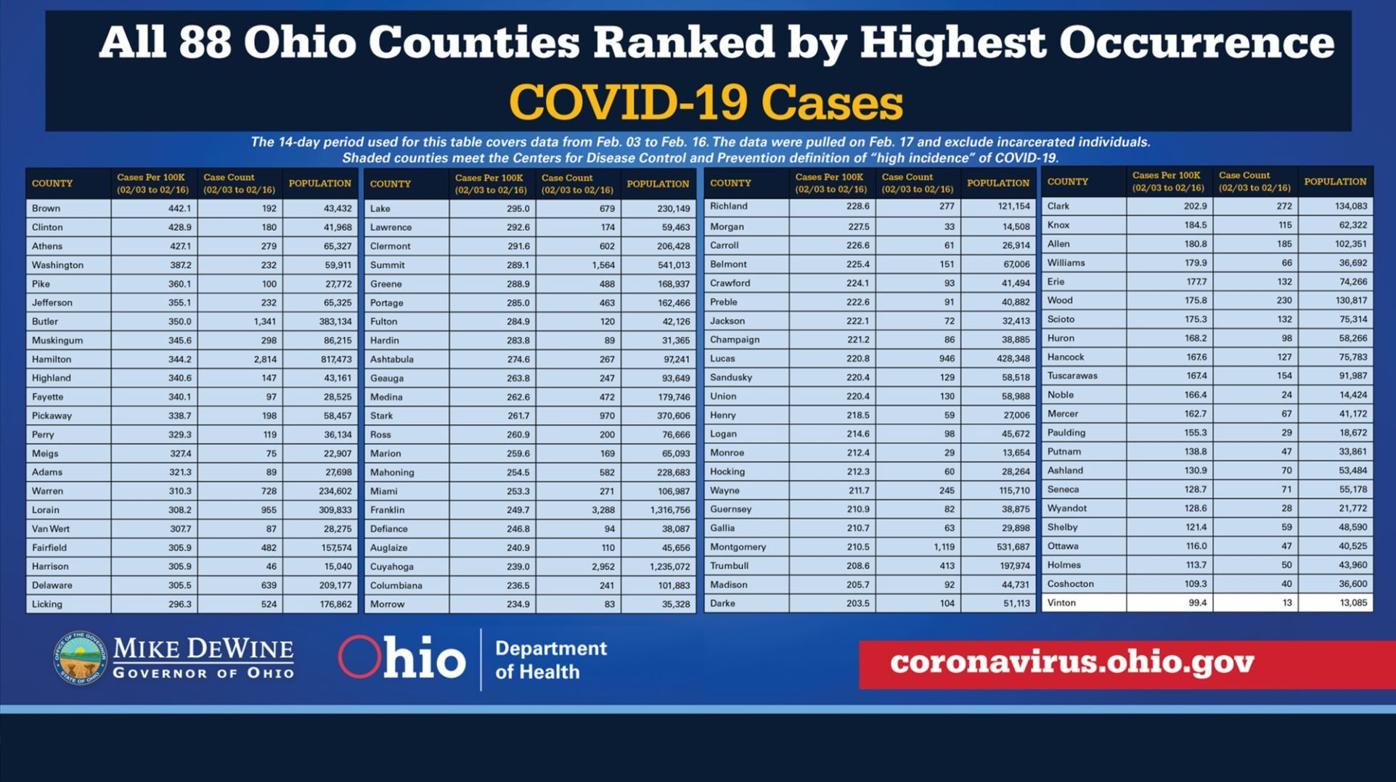 The state's COVID-19 case occurrence ranking, as of Feb. 18.

The state's COVID-19 case occurrence ranking, as of Feb. 18.

The Ohio Department of Health (ODH) this week ranked Athens County with the third highest COVID-19 case occurrence of the state’s 88 counties, but there’s more to that distinction than initially meets the eye.

While the county’s caseload has been trending slightly downward for about a month, its numbers aren't falling as quickly as other counties across the state, resulting in Athens catapulting to near the top of the case occurrence rankings, according to Athens City-County Health Department Administrator Jack Pepper.

Pepper is cautiously optimistic that Athens is beginning to turn a corner on the pandemic since many are already immune, travel has subsided, more vaccines have been administered and residents have largely continued to take necessary precautions to prevent spread.

More than 11 percent of county residents have received the first of two doses of a COVID-19 vaccine, including more than half of high-risk residents in their 70s and 80s, according to the ODH. Pepper is hopeful that Gov. Mike DeWine in March will grant additional groups eligibility for the vaccine as the federal government, under President Joe Biden, works to greatly increase supply for states.

But Pepper said people shouldn't let their guard down yet. Athens County is still reporting a rolling 7-day average of about 20 cases as of Thursday, according to an Athens NEWS database, but he’s looking forward to the upcoming spring months where people are more likely to spend time outdoors where it’s more difficult for the virus to spread.

Cases on Ohio University’s campus, which is the most populated it’s been in nearly a year, are also relatively low. Small percentages of eight of the university’s 29 residence halls have reported cases of the virus, while West Green’s Treudley Hall is in the “red” with 6.2 percent of residents testing positive.

No residence halls have been ordered into quarantine by the health department this semester, unlike in the fall when two were forced to vacate after large percentages of residents tested positive.