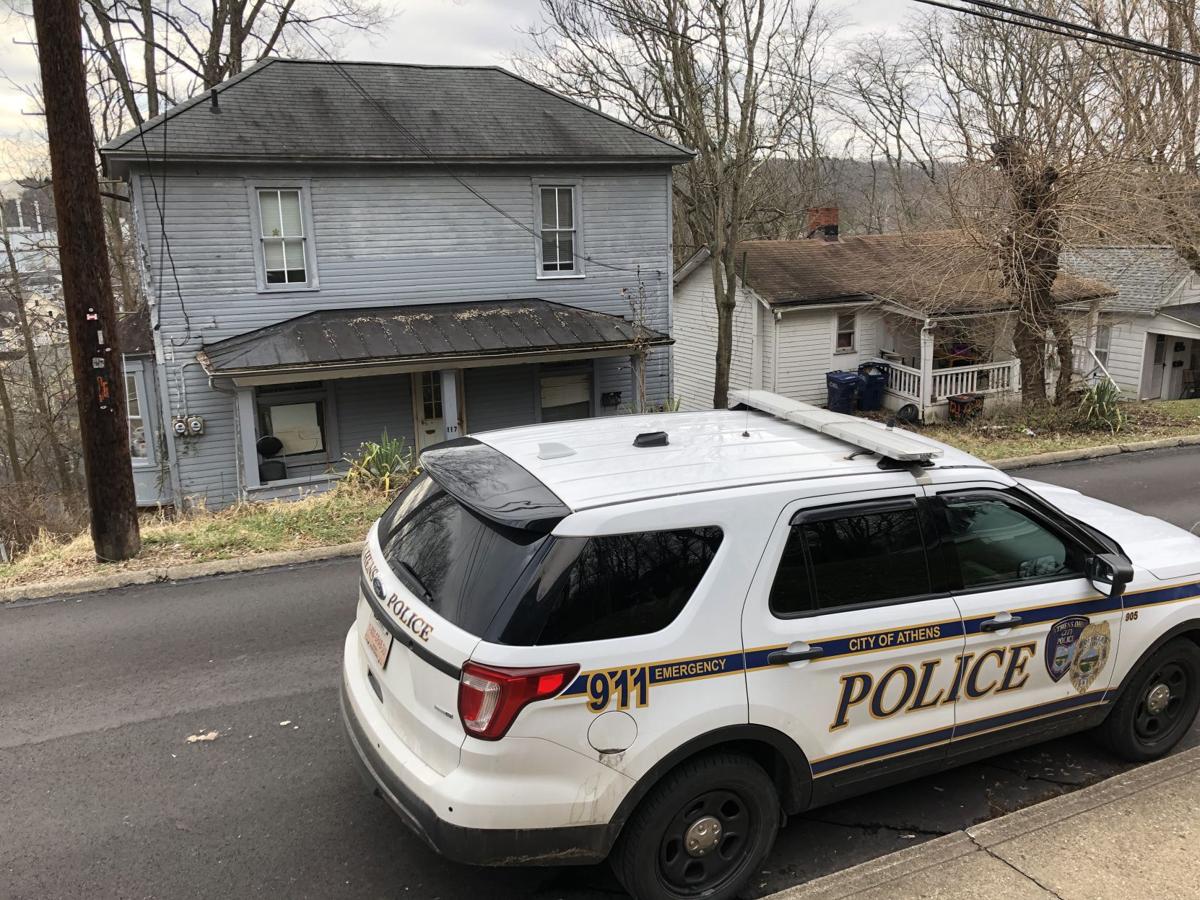 This is the West Washington Street area where the fatal shooting occurred early Sunday morning in Athens. Photo was taken around noon Sunday.

This is the West Washington Street area where the fatal shooting occurred early Sunday morning in Athens. Photo was taken around noon Sunday.

An alleged accomplice, an 18-year-old woman, also was taken into custody.

Both of the suspects will be held in West Virginia until arrangements can be made for their extradition back to Athens County, the APD release explained. As of Wednesday morning, they both appeared to still be incarcerated at the Southern Regional Jail, located just outside Beckley in Raleigh County, West Virginia, south of Charleston.

The APD was called at approximately 5:08 Sunday morning (Jan. 5) to West Washington Street in Athens in response to a report of a shooting occurring in the area of 117 W. Washington, according to the earlier APD release. Officers arrived to find Floyd Lester Hart, 37, of Campbell Road near Athens, with a gunshot wound.

Athens Police Chief Tom Pyle confirmed Monday that the shooting occurred outside on West Washington Street on the “street/sidewalk” next to a car.

Hart was transported to OhioHealth O’Bleness Hospital in Athens and pronounced dead shortly after his arrival, the release reported.

When the APD issued its initial release Sunday morning, it said that Secoy should be considered “armed and dangerous,” though it did not mention a second suspect. The address where the killing took place is only a few hundred yards from the Athens Middle School.

A Facebook profile of a young woman named Rachael Povosky includes a Dec. 1 post from a man named Dylan Secoy, whom Povosky refers to as her boyfriend.

THIS IS THE SECOND FATAL shooting incident on West Washington Street in Athens since November 2018, although the other incident occurred on the western end of the street in the 200 block (close to Shafer Street). The last defendant in that 2018 case – which was connected to an illegal drug ring – pleaded guilty in October 2019.

APD officials has not provided any new updates on the status of Sunday’s shooting case as of Wednesday morning.

So sad so many young people are losing their lives from shootings and drug overdoses. I think the majority of the problems in the county could solved with a Mental Health facility large enough to handle the case load. There are so many that need treatment. This is a nation wide problem but it's a problem the State of Ohio could fix in our county.