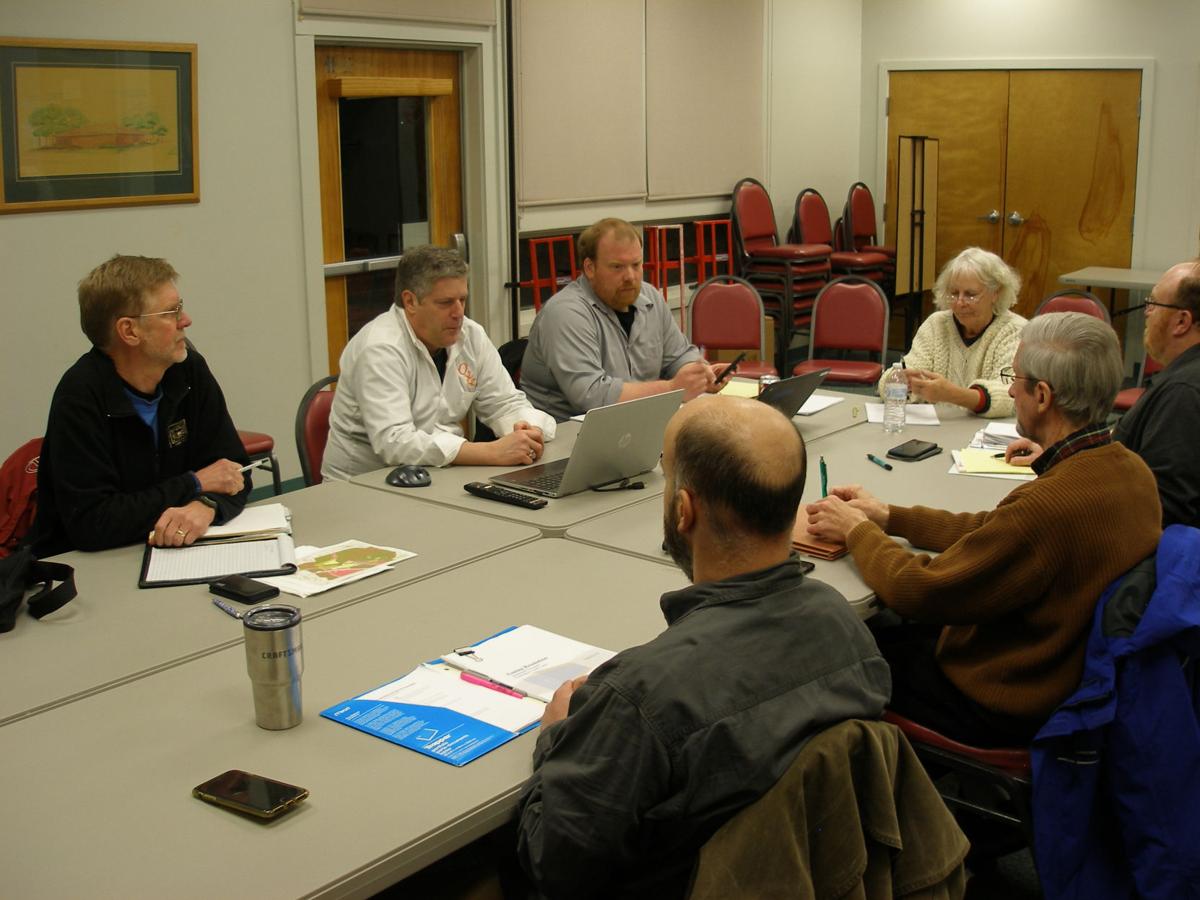 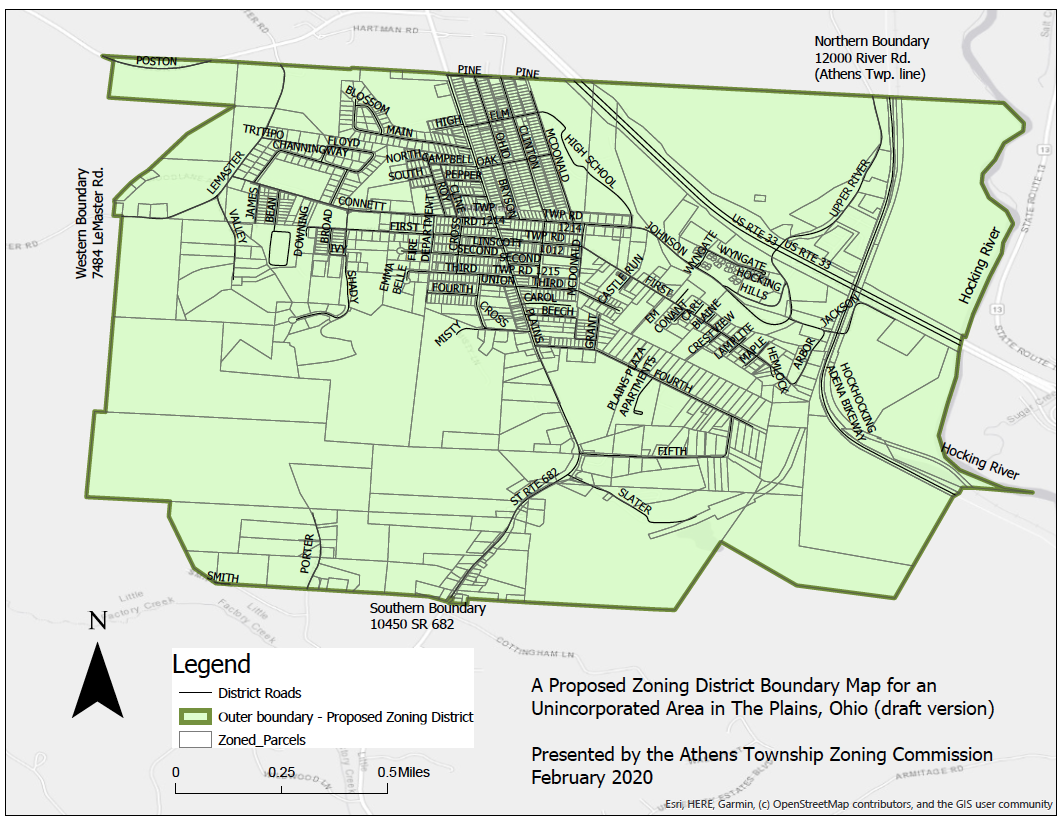 This gives a vague notion of the zoning map that shows the parts of The Plains that would be zoned, if voters pass a zoning measure in November. However, it's got such fine detail, a viewer's takeaway is limited.

At least three times a month one can find members of the Plains Zoning Commission gathered around a table studying maps and documents. Since last September they’ve been volunteering their time to come up with zoning regulations for many Plains residents to vote on this fall.

While more needs to be done, the group of five appears to have made a lot of progress.

Commission Chair Sean Jones explained why citizens in the unincorporated community are moving toward zoning.

In creating the commission, the Athens Township Trustees gave it two tasks: propose a set of zoning regulations and propose a map of the area to be regulated.

One of the first things they accomplished, according to Jones, was writing a mission statement to guide the members.

“The first couple of meetings were simply to debate and decide what we were going to do,” Jones said. “What is the point of having a (zoning) code?”

This is what they came up with:

“To preserve the character of The Plains and guide its development for the benefit of its citizens. The Athens Township Zoning Commission is dedicated to the long-term development of The Plains, Ohio, with an eye toward neighborhood preservation and economic sustainability.

“With the community’s prime location, highway access, good schools, abundant public services, low property costs and proximity to Athens and Ohio University, the Zoning Commission seeks to retain the uniqueness of The Plains by means of rules and procedures designed to enhance, extend, protect and preserve the community through the implementation of a zoning code and comprehensive plan.

“Guided by a philosophy of residential authority over outside interests, the Zoning Commission is devoted to the improvement and advancement of The Plains for current and future generations,” the mission statement concludes.

Next the group tackled establishment of a geographic area to be considered for zoning.

“(T)here was a long period of discussion and debate about the preliminary map,” Jones said. “That took up a lot of meetings.”

Commission members agreed on something called “Zoning Light,” which Jones described as “simpler and less restrictive” – like rules used in Devola, a little town near Marietta, and in Albany, just a half-hour drive away from The Plains in western Athens County.

Consultant Bob Eichenberg, the former Athens County planner who helped in rehabilitating the old Eclipse mining town near The Plains, took notes as the commission reviewed those codes. He crafted a first draft for the group to discuss line by line.

The current goal is to have the first version of the zoning code done by the middle of this month, and present that at a community meeting on March 25.  The time and place of the meeting has yet to be announced.

“(We would) then revise the code based on the public input and the Athens County Planning Commission input,” Jones said. “We are still aiming for the November ballot.”

Another way for people to put in their two cents worth will be through a survey to be available Feb. 19 on the Athens Township Trustees website.  The website is now under construction to add a Zoning Commission tab that will include regular features such as meeting agendas and minutes.

“We are also actively working to create an informational page on the website with frequently asked questions about what the code is, what it isn’t and what the benefits could be,” Jones said.  “There seems to be a lot of concern about things the code simply has nothing to do with.”

It will not tell residents what color to paint their house or how tall their grass could be, Jones noted.

In addition to Jones, the members of the Zoning Commission are Brian Dearing, Ken Robinson, Rick Fernow and Mike Hornsby. Teena Thornton is an alternate.

The commission meets on the second, third, and fourth Wednesdays of every month at The Plains Public Library.