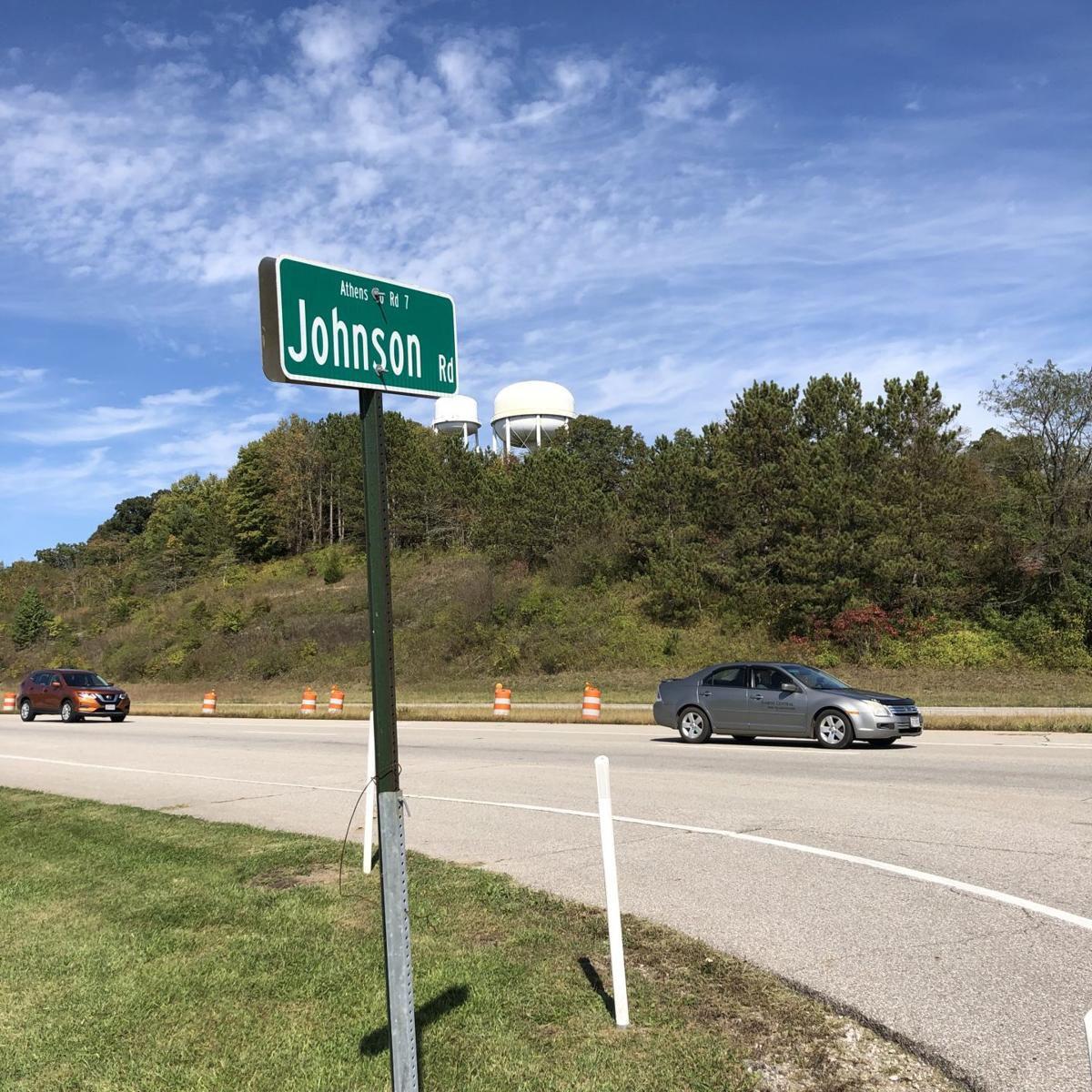 This is the intersection where serious accidents occurred in 2019.

This diagram displays the layout of the proposed safety improvement project. Graphic provided.

This is the intersection where serious accidents occurred in 2019.

This diagram displays the layout of the proposed safety improvement project. Graphic provided.

The Ohio Department of Transportation has proposed a project aimed at reducing the risk of severe crashes at an Athens County intersection.

The proposal focuses on the closure of the Johnson Road connection to U.S. Rt. 33, beginning in the construction season of 2021. The cost of the improvement project is estimated at $250,000, ODOT stated on the project’s website.

In a digital presentation about the proposed safety project, ODOT District 10 Engineer Eric Davis stated the overall goal of the project is to improve safety and reduce crashes in that area.

Ultimately, the closure of the Johnson Road connection could decrease the number of “conflict points” in that vicinity. Conflict points occur where paths of different movement cross; thus, the fewer conflict points, the fewer opportunities for cars to come in contact with one another while traveling.

There were 26 crashes at the intersection between 2009 and 2018. In 2019, the intersection saw three crashes that resulted from a motorist making a left turn; one crash occurred after a 16-year-old girl turned left in front of oncoming freeway traffic, from U.S. Rt. 33 to Johnson Road. A fourth crash that year occurred when a motorist was rear-ended while in the left-turn lane. Davis said this was a concerning pattern, as motorists in these severe crashes were making legal turns.

Much of the proposed improvement project is geared toward redistributing traffic, a necessity when conflict points are removed and certain movements are restricted, according to Davis.

ODOT considered other methods to adress safety in the area. For example, the department looked into only closing the median and turning Johnson Road into a right-in-right-out style of intersection. The department also considered adding a right-turn lane or acceleration lane to Route 33 eastbound.

The acceleration lane idea came with multiple setbacks, Davis said. An acceleration lane set-up is “not typical” for an at-grade intersection, and the transportation department worried it could potentially cause issues with driver expectancy.

“Drivers could continue to enter the intersection from a stop instead of using the acceleration lane,” Davis noted.

Finally, an acceleration lane requires at least 1,560 feet of pathway. Approximately 950 feet from the intersection rests a bridge; thus, the transportation department didn’t have enough space to create the acceleration lane.

The transportation department thus recommended the closure of the Johnson Road connection to Route 33. In addition, the department will remove the left-turn lanes from both eastbound and westbound Route 33. Median pavement will be removed, and a turnaround on Johnson Road will also be constructed. Johnson Road traffic would move to the State Route 682 corridor, and River Road would remain a right-in-right-out.

This section of Route 33 is no stranger to safety projects, Davis outlined. In 1997, all movements were permitted in the intersection: motorists could turn right or left driving off of connections. This set-up resulted in a high number of conflict points, ODOT estimating 42 total. Three years later, signs prohibiting left turns and thru movements from Johnson and River Run Roads were installed. This chiseled down the conflict points from 42 to 14.

ODOT requests public input on the proposed project. Area residents can submit comments to the transportation department on their website.

The easiest solution is an underpass or "loop road" from River Road to Johnson under the existing bridge, parallel to the bike path. Retaining the right-hand turn from Johnson to Athens is a no-brainer.

I agree that this would improve safety. Ultimately, however, even this access would be removed. This connector should be hooked up with a new road to either Highway 13 or Columbus Rd. on the other side of the Hocking.

Nope. Don't like the idea of moving and dumping the mess of one intersection to another. The idea is to fix the problem at the intersection in question, not compound the problem by making everyone drive miles out of their way to satisfy you lust for complexity. The fix is Stop Lights. Come on, you've never been shy about putting stop lights near any cash register on Route 33 before, why start now?

And, it is ironic that a fatal accident just occurred at the very spot where the planners want to dump the mess of the Johnson Road intersection.

Columbia Gas will kill the proposal to eliminate the left turn lane from US 33 east onto River Road. It is unacceptable to expect that traffic to travel an extra 6 miles to State Street and back or navigate River Road from the other end. The volume of traffic turning left onto River Road does not warrant closing that lane. The new State Street intersection with US 33 east is already a disaster, with 2 lanes of traffic piling up in the left turn lanes on State Street, waiting at red left turn arrows while nothing is heading the other way the vast majority of the time, a complete waste of time, fuel, and potential traffic flow.

Harold Laughlin will likely have something to say about it, as he owns land off River Rd.