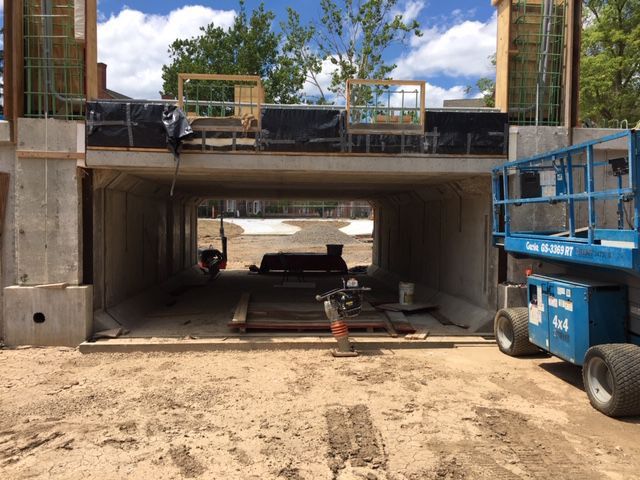 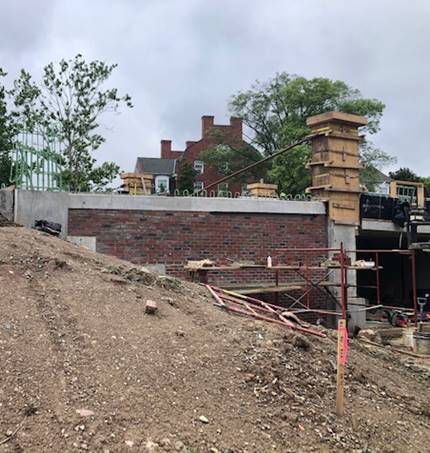 Before the coronavirus pandemic, the closure of Richland Avenue between West Green Drive and Bobcat Lane was slated to become a headache for everyone in Athens, pedestrians and drivers alike.

Construction signs stating that Richland Avenue would be closed for 179 days went up just weeks before the words “social distancing” and “stay at home” became common nomenclature.

But by the end of March, with most Ohio University students having vacated Athens and residents in town staying mostly at home, the problem seemed to pale in comparison to what many people were dealing with in their everyday lives.

Under the radar, however, construction for the Richland Avenue Pedestrian Passageway Project has chugged along and is nearing completion, according to Robert Heady, Athens city engineer and director of Public Works.

“The silver lining in all of COVID-19 has been that we haven’t had the traffic or the pedestrians to deal with,” Heady said in an interview.

He said that while the project has had small delays here and there due to minor changes, it’s mostly stayed on schedule, even amid the pandemic.

The passageway for pedestrians, which is a short tunnel that runs under the Richland Avenue roadway, should be open by the start of the fall semester at the university. Heady said the contractor is down to mostly aesthetic additions on the passageway — like decorative lighting and brickwork. Many students who would usually traffic the crosswalk won’t actually be here to see it at first, though, since the university announced at the end of July that most will begin their semester remotely.

Heady said the roadway itself should be open to vehicular traffic sometime between the middle and end of September. Originally, the project was set to be complete on Sept. 11, according to a previous report by The Athens NEWS.

From a driver’s standpoint, the roadway will look like a continuation of the Oxbow Trail bridge.

The project — a collaboration between OU and the city of Athens — is ringing in at around $3.29 million in total construction costs, according to Heady. By separating pedestrians from drivers, it aims to eliminate the congestion at the Richland Avenue crosswalk by West Green as well as make the area safer.

“It’s going to be a great improvement to the campus as well as the city,” Heady said, adding that he believes it will become a picturesque location on campus. “I think it’s going to become a focal point.”