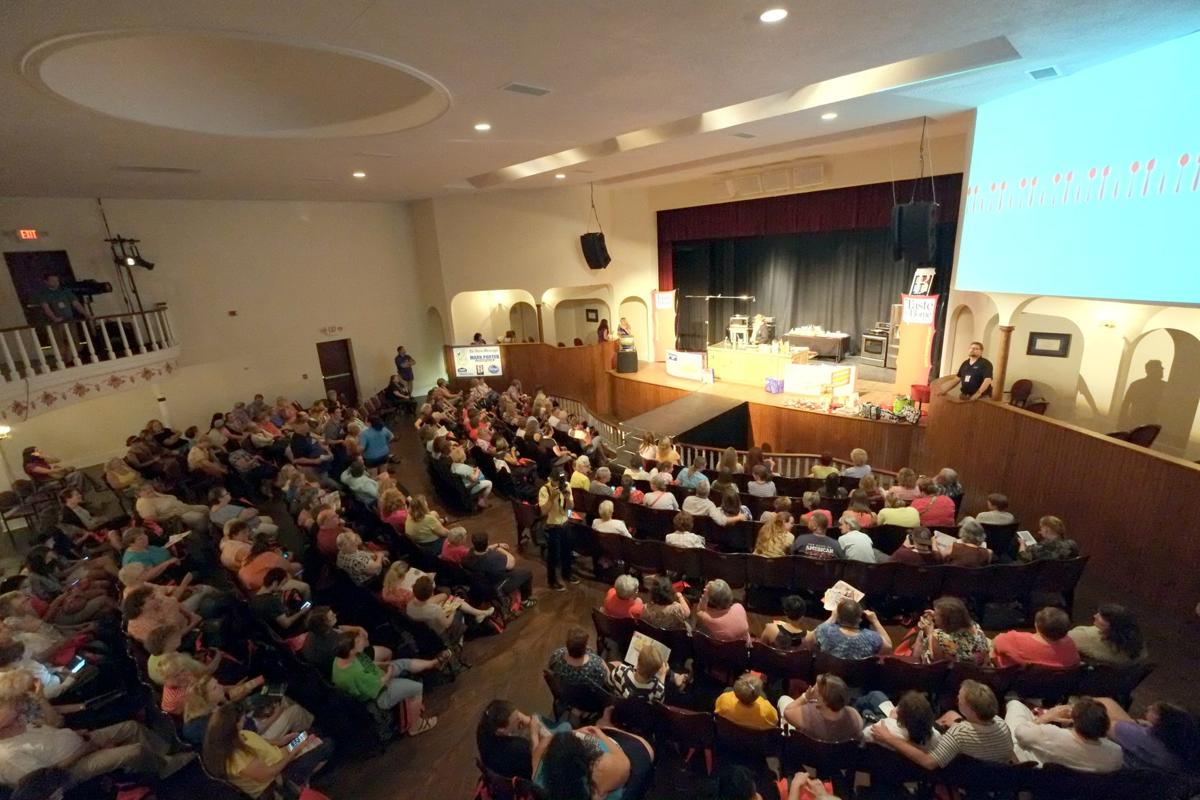 Stuart's Opera House, shown here in a file photo, is one local nonprofit threatened with economic hard times by closures prompted by the coronavirus situation. 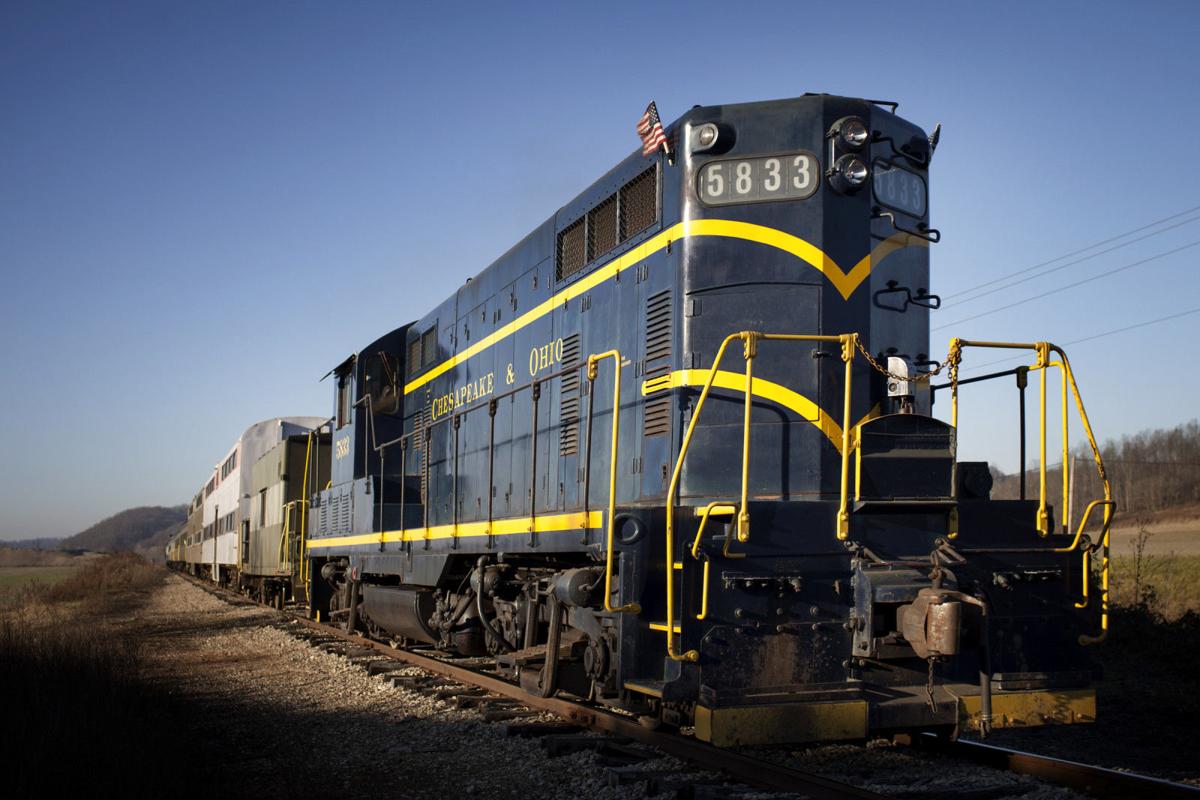 The Hocking Valley Scenic Railway also would be subject to the entertainment tax.

Stuart's Opera House, shown here in a file photo, is one local nonprofit threatened with economic hard times by closures prompted by the coronavirus situation.

The Hocking Valley Scenic Railway also would be subject to the entertainment tax.

Nelsonville City Council voted last Monday (Feb. 26) to approve a 5 percent “admissions tax” on all tickets sold for most events that charge above $10 per ticket in the city of Nelsonville, and some local organizations aren’t happy about it.

The admission tax, which goes into effect on July 1, after the Nelsonville Music Festival (May 31 to June 3) this year, primarily will impact Stuart’s Opera House (which organizes the annual Music Festival) and the Hocking Valley Scenic Railway.

Nelsonville City Council members defended the tax increase (which was approved 4-to-1, with one council member resigning before the meeting for unrelated reasons and another abstaining) in interviews with The NEWS last week.

City Council President Ed Mash argued that the city needs to take this step to address its ongoing financial difficulties. It’s only fair for organizations that bring in out-of-town visitors to help pay for city services used by those visitors and organizations, he said.

Mash added Wednesday that the city is currently having conversations about cutting four total positions (and possibly more) due to the city’s current budget issues; recently, City Council members have said Nelsonville stands to lose almost $360,000 in water and sewer funds once the Hocking Unit of the Southeast Correctional Complex closes (just outside city limits).

“We just can’t afford to continue on,” Mash said, noting that the city needs to generate additional revenue to pave streets and fix other infrastructure.

Stuart’s Opera House Executive Director Tim Peacock said last week that the organization opposes the tax, and argued that it will “only potentially hurt business and will also jeopardize relations between the city and entities, like Stuart’s, who work hard at bringing people to town.”

In an email, Peacock provided a list of 16 different free services that the Opera House already provides the community. They include Stuart’s Afterschool Music Program; free private music lessons; creative writing, poetry and drama classes and programs for adults and students; free concerts and events; and the entire salary of an art teacher for Nelsonville-York Junior High (because the school has no art teacher otherwise).

“We believe our FREE services amount to a very significant contribution to our community that would otherwise not exist in Nelsonville,” Peacock wrote in the email. “We believe having art and education is important for the health and well-being of any community, including Nelsonville. We also know that when Stuart’s Opera House hosts an event, people spend money all over town, including at local restaurants, bed and breakfasts, the Mine Tavern, gas stations, grocery stores, etc…

“There have been many scientific studies done on the positive economic impact places like Stuart’s Opera House have on their communities.”

Peacock added that Stuart’s employees all pay income tax, and Stuart’s pays sales tax on alcohol and merchandise, as well as property tax.

Still, Mash maintained that organizations that bring visitors to the city need to pay for the city services that those visitors enjoy. He said the tax could bring in roughly $50,000 or more annually in additional revenue.

“Anybody that comes into this town for an event, which we all greatly want them to come into town, we want them to be able to travel on good roads, and understand that they’re safe and secure, with good police and fire services and everything else,” Mash said. “We provide those services now to these people free of charge.”

Dave McPherson, president of the non-profit Hocking Valley Scenic Railway, said Tuesday that he is frustrated because it doesn’t seem that City Council understands the benefits that the railway brings to the city.

“I left that meeting, and it amazed me how the people of Nelsonville, for as long as the railroad has been here, how little they knew about the railroad, and the history that we’re trying to keep alive,” he said.

McPherson said the railway sold more than 26,000 tickets last year, despite basically all of the railway’s operators being volunteers (and the tickets for each train ranging from $13-$17).

“That brings a lot of people to this area,” McPherson.

Stuart’s Tim Peacock argued that the 5 percent tax could equate to fewer visitors coming to Nelsonville.

“It has been suggested that the 5 percent fee is passed on to our customers, this still equates to raising our prices,” Peacock said. “Every time you have to raise the price on a product, be it a ticket, a boot, a haircut, or a hamburger, you will likely sell less of said product. We work extremely hard to keep our ticket prices as low as possible so we can serve as many people as possible. We understand that the more people come to town, the more money is spent in town. Every increase in prices results in fewer tickets sold.”

Paige Alost, executive director of the Athens County Convention and Visitor’s Bureau, told The NEWS this week that while 63 other municipalities in Ohio have similar admissions taxes, only 16 of those have a tax rate that’s 5 percent or higher. She said she’s “concerned” about how the admissions tax will affect her organization’s various “partners” who do a “tremendous amount of fundraising” in Nelsonville.

Alost noted that the majority of these admissions taxes levied across the state contain exemptions for non-profit, religious, veteran support or charitable organizations. She also said nobody on City Council has been able to give her a straight answer on which organizations will be affected by the tax.

Nelsonville’s tax has one passage that lists organizations exempt from the tax, which includes:

• Any events that are “exclusively to the benefit of religious, educational or charitable institutions, societies or organizations, if no part of the net earnings thereof inures to the benefit of any private stockholder or individual.”

• Any events that exclusively benefit people in the U.S. military, Navy or National Guard.

• Any wrestling matches, boxing or athletic game or exhibition, when the proceeds go to benefit a “high school, academy, preparatory school” or any college or university.

When asked the effect of the “charitable” organization exemption, Mash said Wednesday that he interpreted that as meaning that the proceeds from the event must solely go to benefit a charitable organization, such as the American Red Cross, for example.

“If no employees are being paid during the event, and if every bit goes to a charitable organization, then yeah, they won’t have to pay taxes on it (tickets),” Mash explained.

Dan Sherman, one of the City Council members who voted for the tax, said that he thinks the admissions tax is a good idea because “we can’t keep taxing our own people.”

“Nelsonville is not a very young area,” he explained. “A lot of people are on a fixed income, and we need money to fix the streets and to help support the city. I think if somebody is coming from out of town and they want to buy a train ticket online or whatever, 85 cents is not going to stop them from doing that.”

Sherman and Mash both added that people already currently pay Ticketmaster and other online ticket-sales company fees when they buy tickets to Nelsonville events online.

Alost said her organization is in favor of leveraging visitors to Athens County.

“But when you tell me that you’re either going to have to cut police and fire, or have to make visitors pay, that puts us between a rock and a hard place,” Alost said. “If we were in a community like Daytona Beach where the visitors have a huge impact on fire and safety services, that’d be one thing. I just don’t believe that the impact of our visitors there is (so great).”

Nelsonville’s tax has one passage that lists organizations exempt from the tax, which includes:

• Any events that are “exclusively to the benefit of religious, educational or charitable institutions, societies or organizations, if no part of the net earnings thereof inures to the benefit of any private stockholder or individual.”

I believe that all of the "net earnings" from events at Stuart's Opera House benefit a charitable organization.

"Stuart’s Opera House is a non-profit performing arts center in Nelsonville, Ohio that hosts over 75 events a year including music, theater, art, film, and educational programming for our region’s students."

While I do not think that a dollar or two is going to discourage anyone from visiting the opera house or take a train ride, it's obvious that this money grab is aimed at two successful enterprises in an attempt to shake them and their customers down. It seems to be an Appalachian trait to begrudge success and want a share when none is deserved or earned. Stewart's in particular provides much needed services to the extent that Nelsonville should be paying it in appreciation for the benefits it provides. A better idea might be to tax the numerous drug houses around town, the slumlords renting hovels or, better yet, set up toll booths at all town entrances in case any visitors require public services such as fire, EMT, polices assistance or even directions. Perhaps I should run for city council!

Paige Alost, executive director of the Athens County Convention and Visitor’s Bureau “But when you tell me that you’re either going to have to cut police and fire, or have to make visitors pay, that puts us between a rock and a hard place,” Yes Paige, Everyone one of those visitors has a right to be provided Emergency services while in Nelsonville by first responders. Those services are not free. So the choice is either tax the visitors or raise taxes on a residents which 69% lives at or below poverty. This is much ado about nothing. NO one is going to make a decision not to attend entertainment over a dollar or two. While residents are struggling to survive.

Stupid.
Dan Sherman, one of the City Council members who voted for the tax, said that he thinks the admissions tax is a good idea because “we can’t keep taxing our own people.”

Yep. City broke, needs bucks. The Opera House and The Music Festival attract people with bucks. City wants some of them bucks. City gonna take them bucks. Actions have consequences. Please stand by.

Yes, like the City having the ability to put the 2 fires out at the Opera House.

Property in Nelsonville that pays property taxes catches fire so that becomes justification of raising that property's taxes? Oh wait, I see. The first time is a freebie but after that you gots to pay more taxes. So that's how it works there, huh?