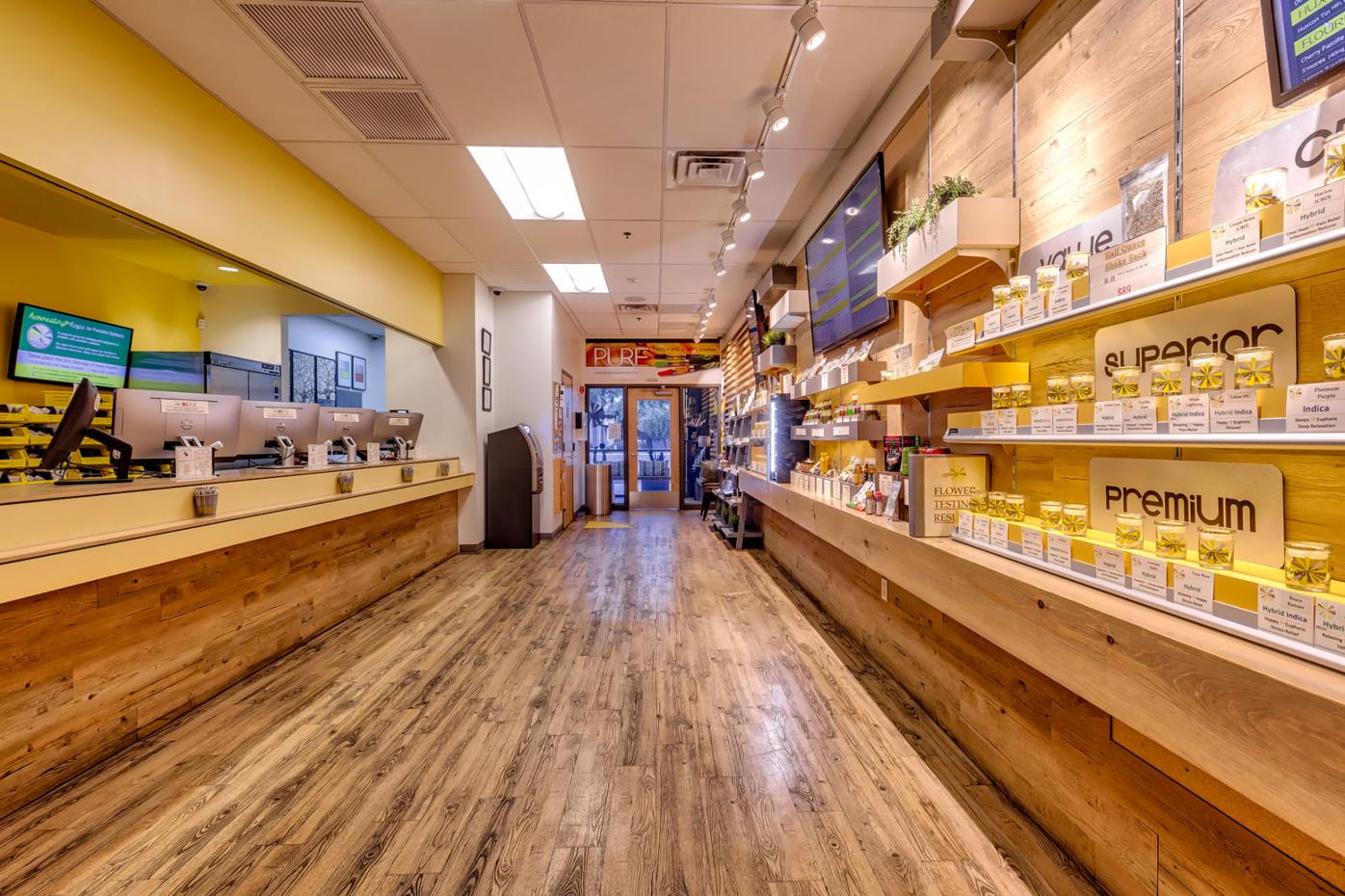 The above photo, provided by Harvest, Inc., shows the inside of one of the company’s medical marijuana dispensaries in another state. 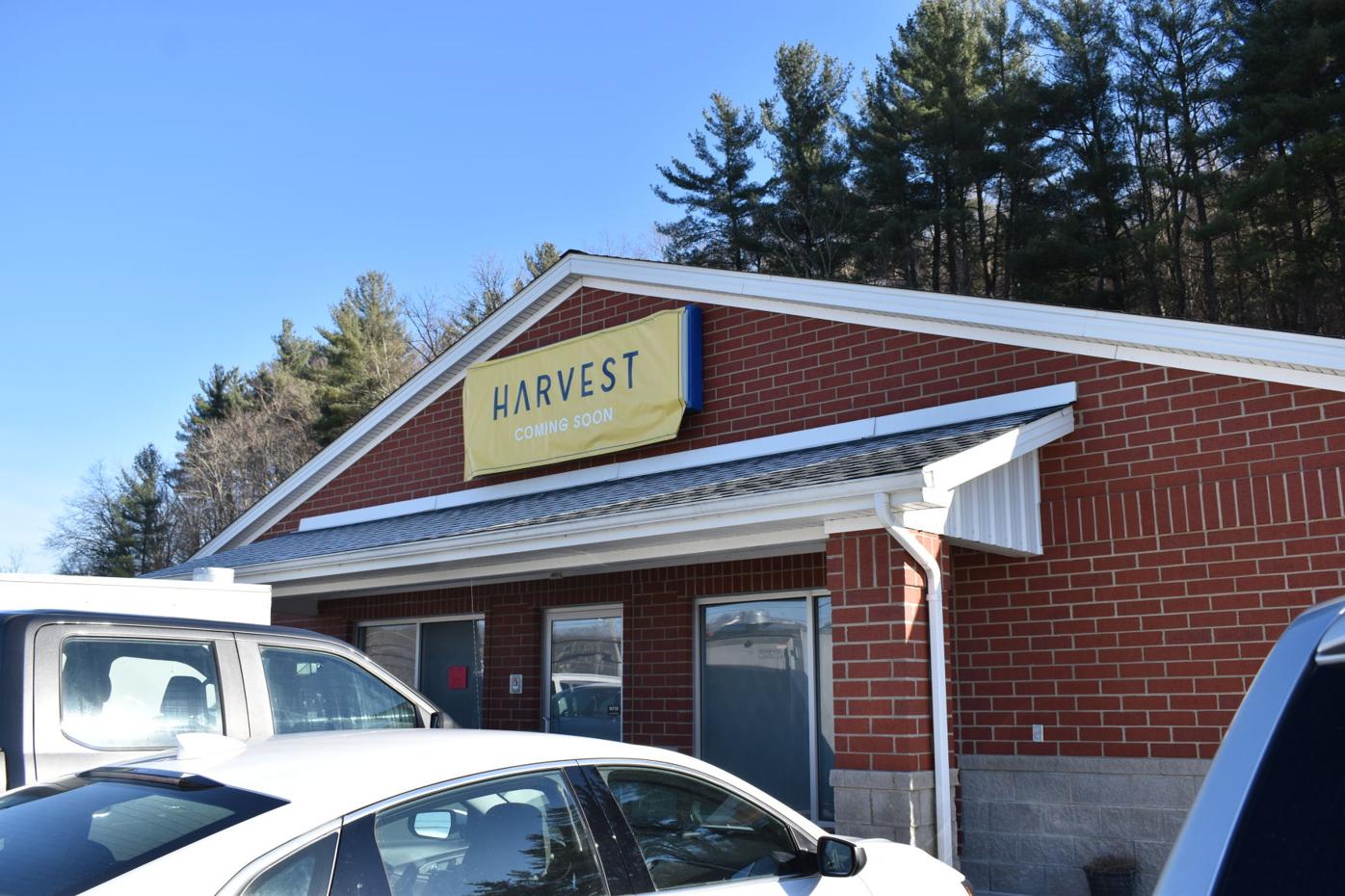 This photo shows the outside of Harvest, Inc.'s planned medical marijuana dispensary on West Union Street in Athens.

The above photo, provided by Harvest, Inc., shows the inside of one of the company’s medical marijuana dispensaries in another state.

This photo shows the outside of Harvest, Inc.'s planned medical marijuana dispensary on West Union Street in Athens.

An official with a new medical marijuana dispensary on West Union Street in Athens says that business could open its doors as early as this week, depending on the availability of supplies.

Ben Kimbro, director of public affairs for Harvest, Inc, said last Thursday that the new dispensary – simply called Harvest – is “ready to go” outside of waiting on state approval for one training-related item. There’s only one problem: As of this past Thursday, no marijuana that had been fully processed and tested was available to that business as of yet.

“Nobody that I’ve heard of yet (in Ohio) has gotten any flower dried or tested,” Kimbro confirmed.

Kimbro said that Harvest is one of only two medical marijuana dispensaries in Ohio that essentially have met all of the state-approval hurdles in the roll-out of Ohio’s medical marijuana program so far. He said that he expects at least some fully tested and processed marijuana to be available by mid-January 2019.

“In fact, the expectation is that we will be picking up samples from growers as soon as next week at this time (meaning this Thursday),” Brunicardi said.

Under Ohio’s medical marijuana program, only certified physicians are authorized to recommend medical marijuana for their patients, and only if they have one of a number of medical diagnoses, afflictions such as cancer, chronic pain and fibromyalgia, but also neurological or psychological disorders such as post-traumatic stress disorder or Alzheimer’s.

Additionally, the program only allows for certain types of marijuana to be sold, and specifically, marijuana in bud or “flower” form will only be sold for food preparation, not for smoking. Still, Kimbro said that dispensaries such as Harvest will have many other kinds of products.

“The smoking – burning – and inhaling of flower is not permitted, but the flower is permitted for folks who want to do food preparations with it.”

Kimbro said that one of the more popular products at Harvest likely will be THC and CBD oils for “vaping.” (Harvest also will sell vaporizers used to inhale those products.)

Kimbro added that Harvest also plans to play host to a variety of “new patient orientation exercises” and support groups for different types of ailments, diseases and disorders.

“It’ll be a great networking place for patients to share with one another what works and doesn’t work for the treatment of whatever they suffer from,” he said.

Kimbro said that while Harvest may be ready to open this week, it’s not exactly clear when the marijuana products will be available for sale because none of those products has been tested yet. Part of the delay is also related to the fact that for most products in Ohio, the marijuana must also be processed before distribution (for example into a THC-based oil or edible).

Brunicardi said that Hocking College’s testing lab, the only one in the area, will have a significant educational component with Hocking’s new cannabis laboratory technician major.

“In addition to the educational component, the lab will be testing cannabis samples from growers in the state to make sure the product is safe for consumers (as directed by the legislative mandate that an institute of higher education serve as a testing lab),” Brunicardi said. “The lab will test for pesticides, fungi, potency, etc.”

Kerry Francis, a spokesperson with the Ohio Department of Commerce, said in an interview earlier this month that 14 marijuana cultivators had received approval to grow marijuana as of mid-December. She said the state expects the number of cultivators and the amount of marijuana available to dispensaries in Ohio to ramp up “significantly” in early and mid-2019.

Kimbro, with Harvest in Athens, said the business is excited to open soon (the company has two other dispensaries set to open in other parts of the state as well).

“...We really look forward to being a part of the Athens community,” Kimbro said. “We’re a very philanthropically minded organization, we will hire folks from the community, and in every sense of the word we’ll become I think a really proud member of your city.”