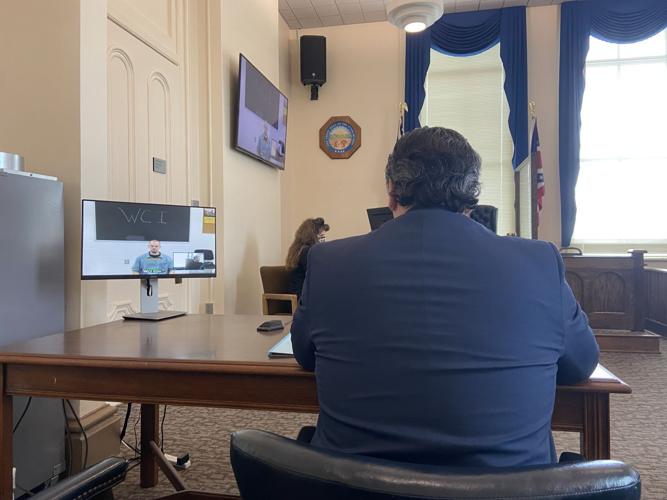 Josiah Bellar on a TV screen beside his attorney, Ian Chaves. 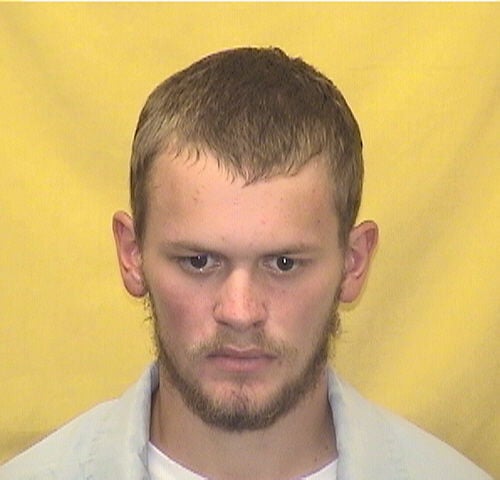 Josiah Bellar on a TV screen beside his attorney, Ian Chaves.

Josiah Bellar, the brother of Serah Bellar and the son of indicted Robert and Deborah Bellar, on Thursday pleaded not guilty to several felonies, including charges of rape and gross sexual imposition.

Josiah, 24, who appeared virtually in the Athens County Common Pleas Court from Warren Correctional Institution where he is incarcerated in connection to other crimes he was found guilty of, was handed by Judge Patrick Lang a $100,000 bond with no 10 percent at the request of Athens County Assistant Prosecutor Liz Pepper and a no contact order with Serah or any other members of the Bellar family.

He was charged in May by the Athens County prosecutor's office with three counts of rape, each first-degree felonies, and two counts of gross sexual imposition, both fourth-degree felonies, all in relation to the prosector’s office sweeping investigation into the Bellar family.

Josiah, who is scheduled to be released from the Cincinnati-area prison in December, laughed and shook his head in seeming disagreement as Pepper argued that he allegedly has a history of being uncooperative with government agencies and law enforcement. She claimed he won’t work with Athens County Children’s Services because of his unfounded belief that the agency is engaged in child sex trafficking.

His attorney, public defender Ian Chaves, asked the judge to ignore Pepper’s claims of his client not cooperating with public agencies in determining the bond. Josiah’s pre-trial was scheduled for July 8 with a jury trial set for Sept. 8.

Josiah was previously convicted of several felonies in Athens and Cuyahoga Counties in 2017 and 2018 respectively.

His father, mother and brother, Jonathan Bellar, have all pleaded not guilty to charges related to the prosecutor’s office’s investigation.

In addition, an Athens County Sheriff’s Office sergeant, Jimmy Childs, was charged in Athens County Municipal Court with tampering with evidence and obstructing justice, both third-degree felonies, in connection to the investigation. Childs was accused of deleting a record of a phone call with the Bellar father, not reporting the call to his supervisor and making a false statement during the investigation, the prosecutor's office noted in a press release.

Childs is on paid administrative leave from the sheriff’s office.