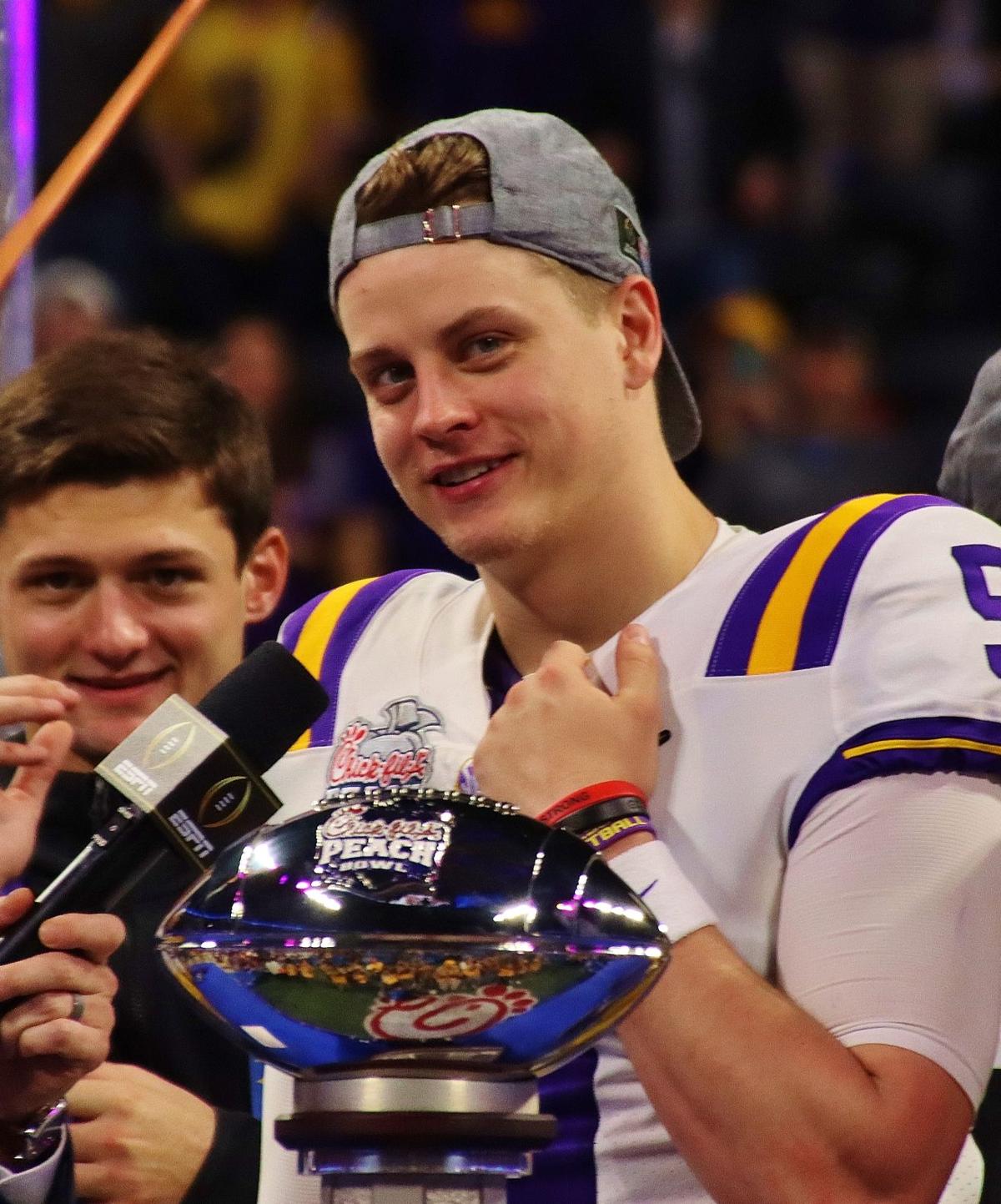 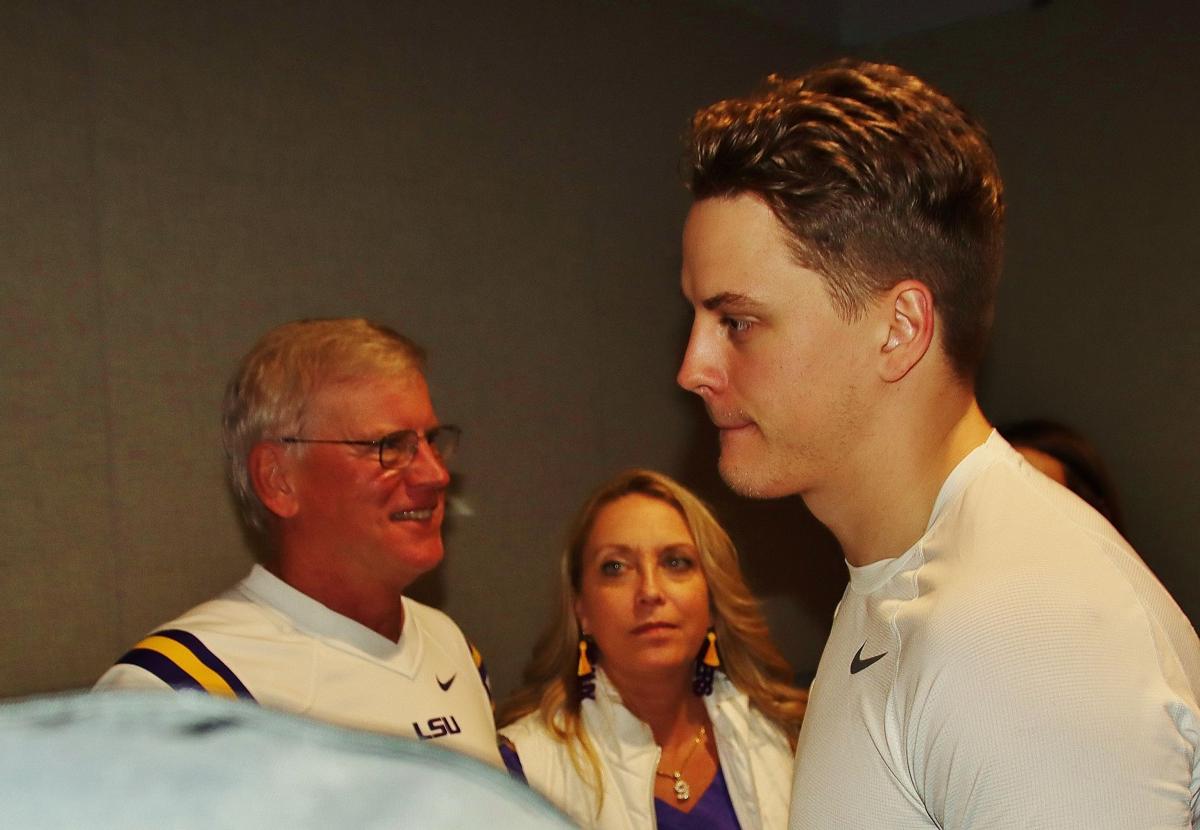 Joe Burrow with his parents, Jimmy and Robin, in the background after LSU's victory over Oklahoma in the playoff Peach Bowl. 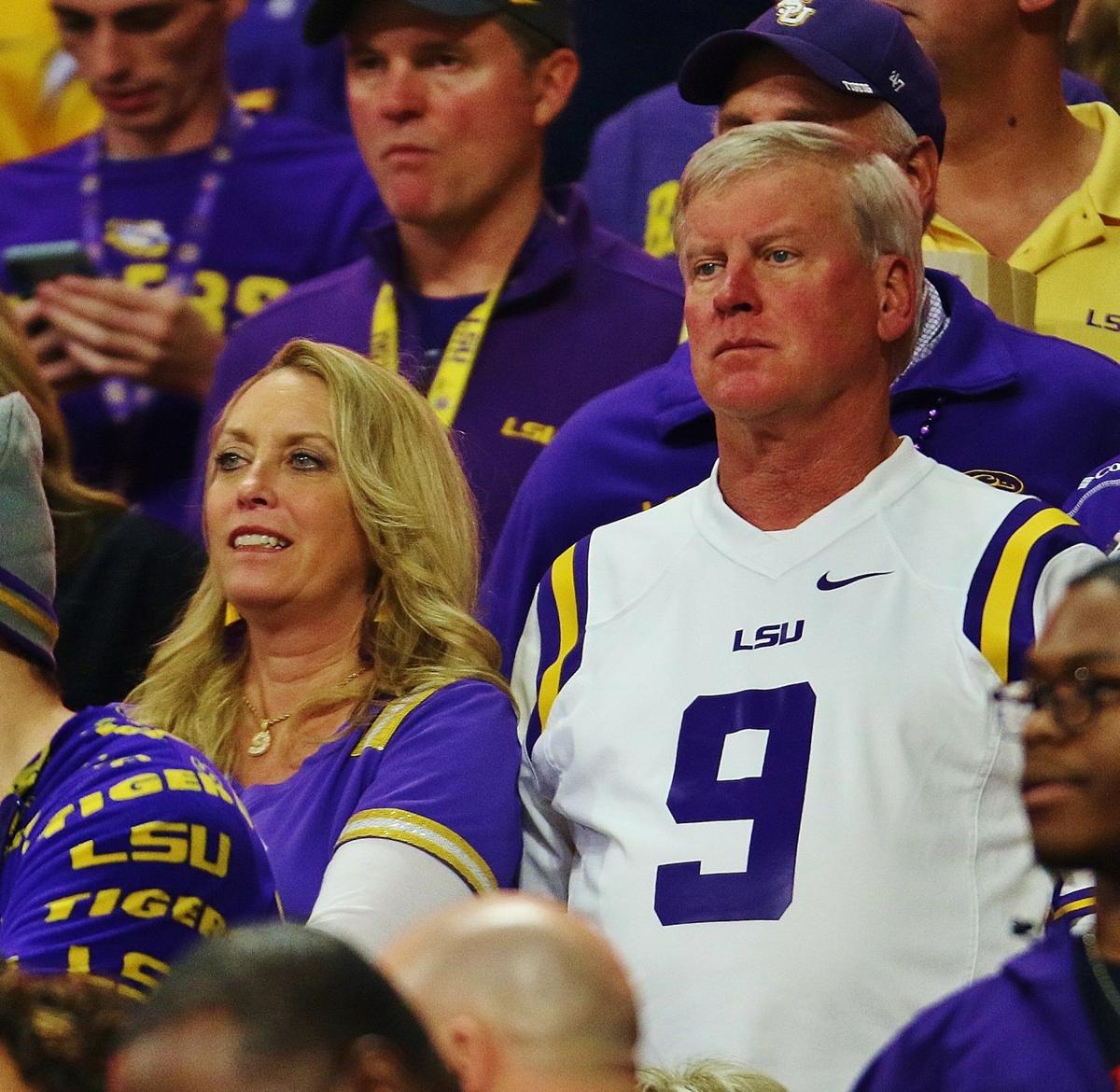 Robin and Jimmy Burrow cheer on their boy Joe during LSU's Peach Bowl victory over Oklahoma on Saturday, Dec. 28.

Joe Burrow with his parents, Jimmy and Robin, in the background after LSU's victory over Oklahoma in the playoff Peach Bowl.

Athens High School graduate Burrow did the vast majority of his damage – including seven touchdown passes and one rushing TD – in the first half of the Peach Bowl in Atlanta. Throwing for 493 total yards (and 403 in the first half), Burrow sat out much of the second half after the game was clearly in the bag. LSU won 63-28.

LSU will meet Clemson Jan. 13 in a battle of the titans after the Tigers beat Ohio State 29-23 in a closely fought contest Saturday evening.

Numerous times during LSU's game, ESPN's cameras found Burrow's parents, Jimmy and Robin, cheering in the stands. The family lives in The Plains.

In the victory over Oklahoma, Burrow set the record for passing touchdowns (7) in a College Football Playoff game, as well as the most TDs a player has been responsible for (8).

Early Saturday evening, Sports Illustrated posted a story about the game, declaring in the lead paragraph that Burrow "had finished one of the greatest halves ever played in the history of college football."

What a great game and how wonderful it was to see a local kid use his brains and talent to get the best out of his team members to defeat the arrogant bunch of players from Oklahoma. LSU embarrassed the Sooners. Now we need to rush to the store and get a supply of beverages, chips, dip, etc. and get ready for some exciting and hard hitting championship football.