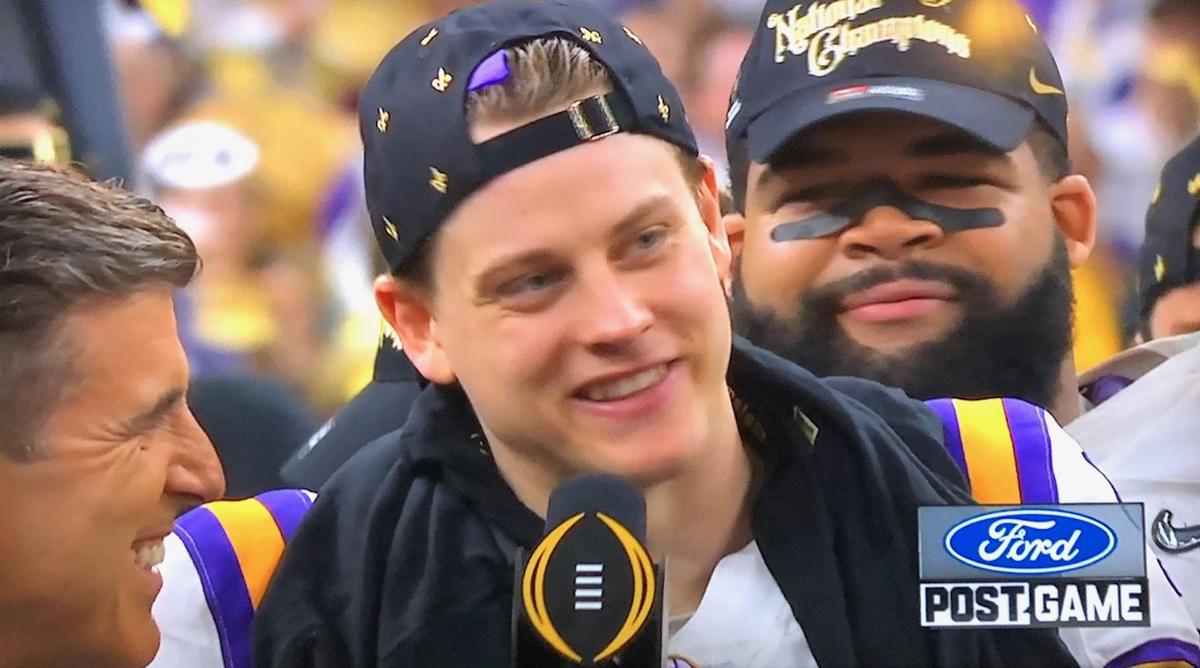 Joe Burrow in his post-game interview with ESPN, celebrating LSU's victory with teammates. 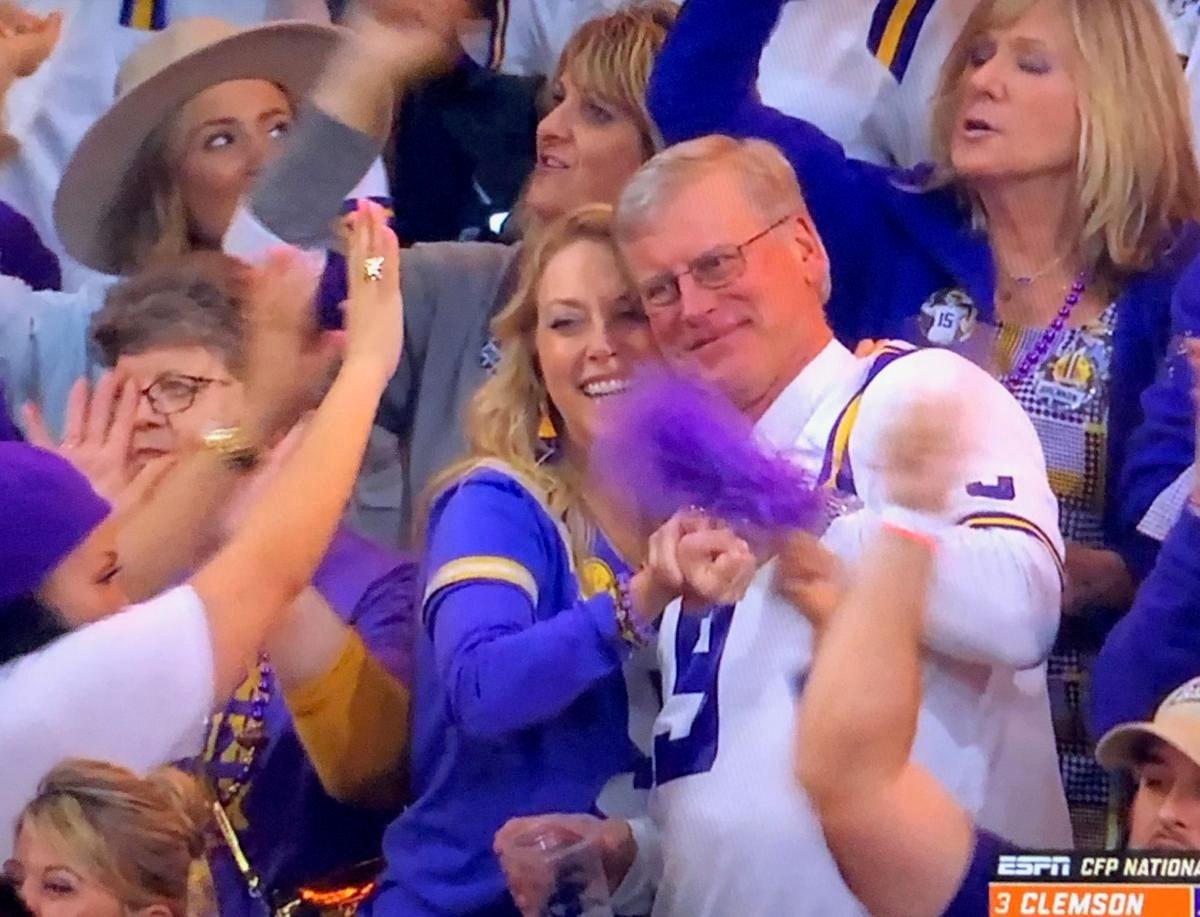 Robin and Jimmy Burrow, parents of Joe, celebrate when the game appeared out of reach for Clemson a couple minutes before it ended. This is from ESPN's telecast of the game.

Athens County's Joe Burrow checked the final box in the entry form to the college football hall of legends Monday night. He led his LSU Tigers to victory in the College Football Playoff Championship.

In a game watched by a large fraction of the country, LSU beat Clemson 42-25 in the Super Dome in New Orleans.

Burrow, who has drawn multiple out-of-town website and news outfits to Athens County for stories about his home area in recent weeks, excelled yet again in a big game, the biggest game in his sport. He struggled at first, faced with very poor field position for much of the first quarter, then righted himself, with major help from coaching adjustments, team play and receivers. He never looked back.

Burrow threw for 463 yards against a very tough Clemson defense, completing 31 of 49 with no interceptions. He also ran for 58 yards, including for more than one crucial first down.

Heisman Trophy winning Joe Burrow capped off an unforgettable season with this win, and Athens County is celebrating.

I and all the LSU football fans want to thank you for lending us your Joe Burrow for the all too short time he spent at LSU! He is such a fine young man along with being a fabulous QB! We have also enjoyed seeing his wonderful parents at our games and I, as the mother of 5 sons, can only imagine the pride they must feel as well as your town! The picture someone had of the Athens Walmart display has been all over the LSU FB sites here and it has been greatly appreciated. We will muss Joe for sure next year and we wish him much success and good health in his new adventure next season. I imagine Athens will have some Louisiana visitors once winter is over. LSU loves Jeaux Burreaux!

Thank you to the LSU fan base for their overwhelming response to Joe's words and the support of our local charities!

I'm glad that LSU took Joe as a transfer so he could fully realize his full potential. He's been fun to watch for a long time. He was finally able to achieve a championship after the heartbreaking state final loss to Toledo Central Catholic in 2014.

What a great game. LSU will prove to be great champions also. A boy with ties to the Northeast can find success in the Deep South. The coaches and players have shown they can overcome adversity and rise to the top.

What was also most suprizing was the visit by Trump and the First Lady. The stadium erupted with cheers when the announcer introduced the two. The crowd erupted with chants of USA and Four More Years. Clearly our hate, rage and resist is not resonating with hard working Americans.