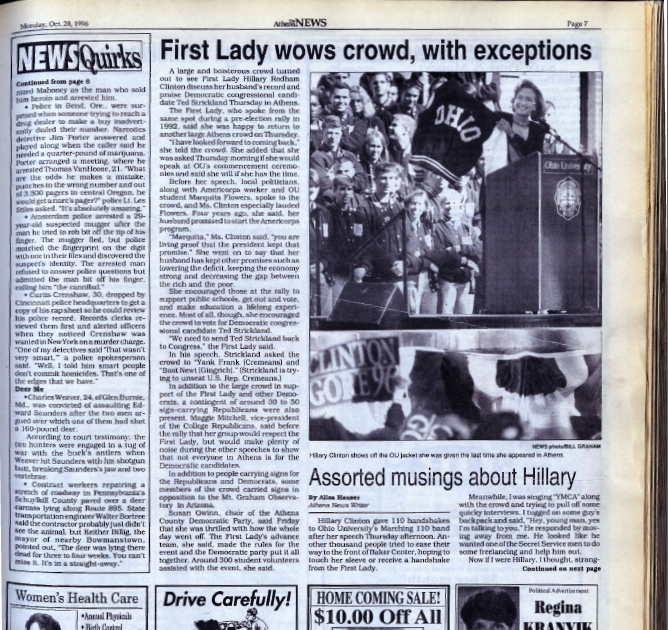 Hillary Clinton on the campaign trail in Athens in 1996 showing off an Ohio University jacket she was given during her 1992 campaign stop in Athens. Photo from archives. 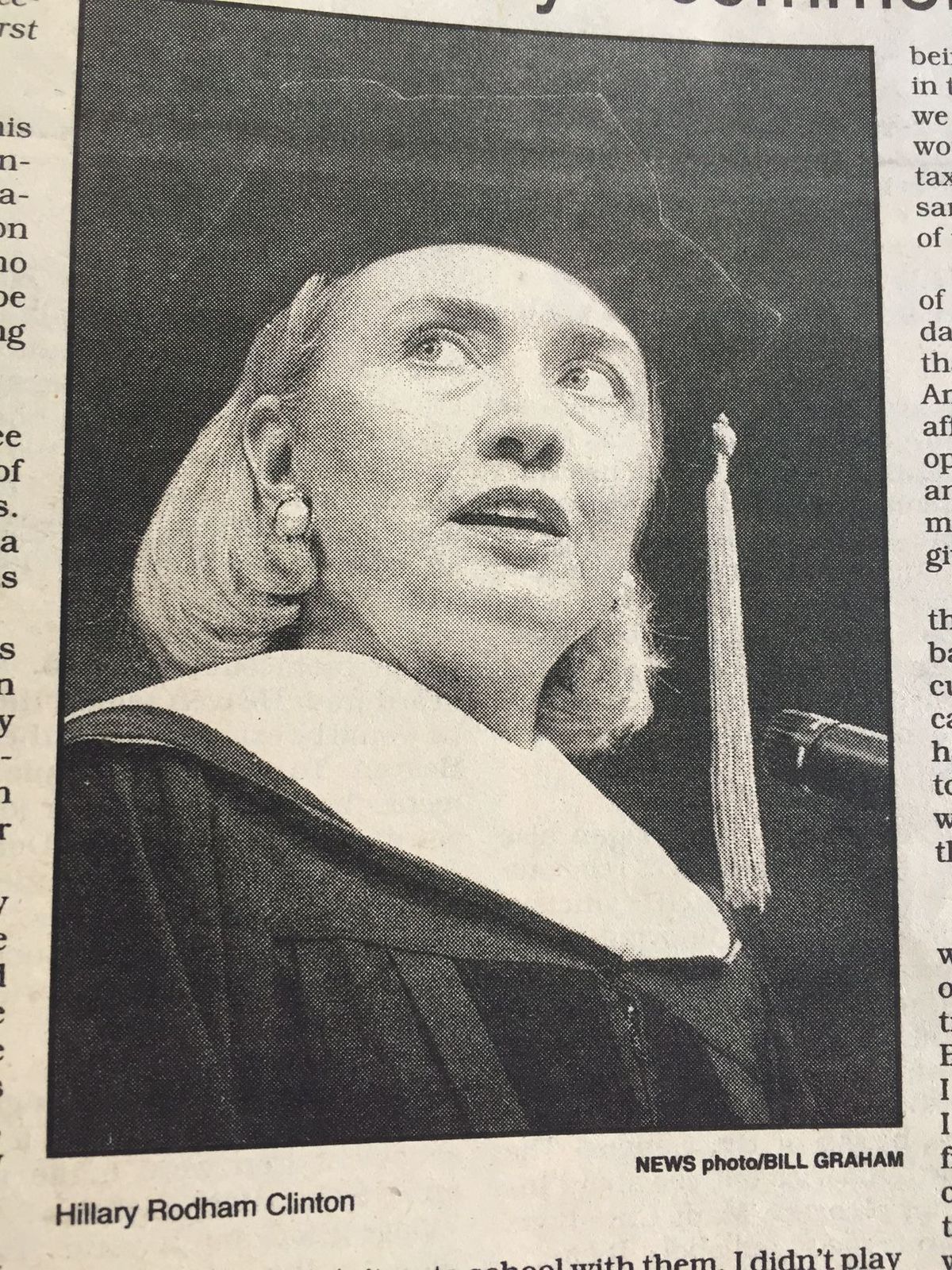 Hillary Clinton on the campaign trail in Athens in 1996 showing off an Ohio University jacket she was given during her 1992 campaign stop in Athens. Photo from archives.

While Hillary Clinton hasn’t exactly lived in Athens, she sure has visited a lot.

Counting her campaign appearance Tuesday at Jackie O’s Production Brewery and Taproom in Athens, Clinton has appeared at five events in Athens since 1992. Four of them were campaign rallies or speeches and one was Ohio University’s 1997 undergraduate commencement ceremony.

Following is a short summary of each appearance, with much of the information gleaned from Athens NEWS coverage.

• Thursday, Oct. 29, 1992. Hillary Clinton spoke at a rally outside of OU’s then Baker Student Center on behalf of her husband, Bill, who at the time was running for his first presidential term. She also stumped for other regional and local Democratic candidates, including Ted Strickland, who was making this first successful run for Congress. At the time, the crowd was estimated at “up to 12,000,” though four years later when Clinton returned to Athens, her advanced press agent put the 1992 rally attendance at “between 12,000 and 17,000” (an attendance figure that she said “has not been duplicated anywhere in America, or around the world, for the First Lady since then”). Bill Clinton defeated President George H.W. Bush the following Tuesday to become president. According to The Athens NEWS report, about 100 Bush/Quayle supporters showed up to protest the Clintons, and “at one point, the situation became potentially volatile when a man wearing an Earth First! badge tore an anti-Clinton sign to pieces…” (my, how things change!).

• Thursday, Oct. 24, 1996. Hillary Clinton appeared at old Baker Center/College Green for another massive political rally, to stump for her husband’s re-election, and help congressional candidate Ted Strickland and other local Democratic candidates. (After winning election to Congress in 1992, Strickland lost in 1994, and ran for election again in ’96, which he won.) The overall purpose of the rally was to get out the vote for Democrats at all levels.

During the rally, she told the crowd, “I have looked forward to coming back,” and noted that on this visit she had been invited to return in June for OU’s undergraduate commencement (an invitation that she accepted; see below).

In our coverage of Clinton’s appearance, Strickland also spoke, mentioning an anecdote involving then-U.S. Rep. John Kasich, R-Ohio. According to the article, “the incumbent (Strickland) recalled a conversation he claimed to have had with U.S. Rep. John Kasich, an Ohio Republican who’s considered a possible presidential candidate. Strickland said Kasich told him not to take it too seriously when Republicans beat up on him, because the GOP ‘really believes that they own that seat down there in southern Ohio, and they resent the fact that you’re in it.’”