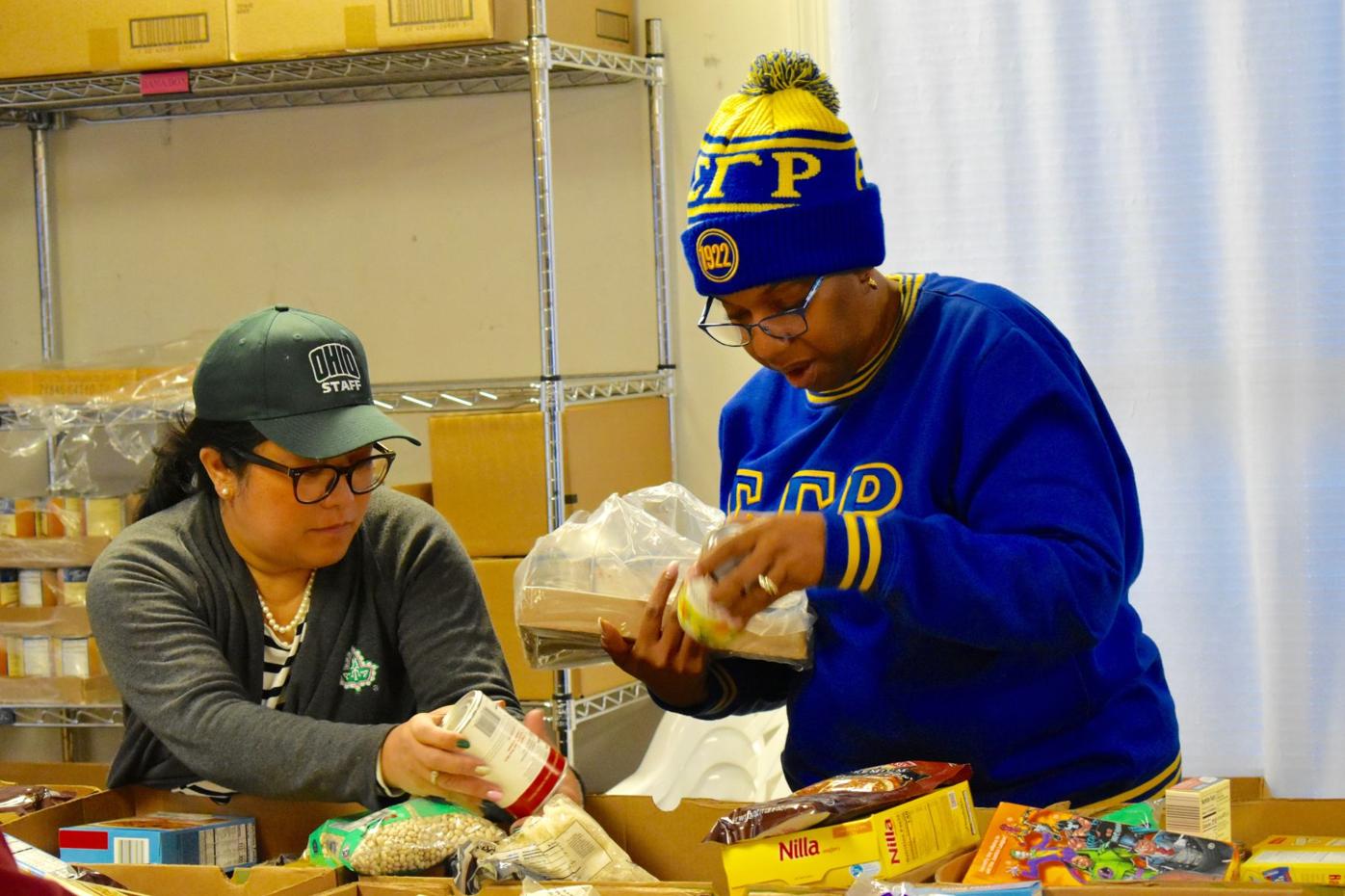 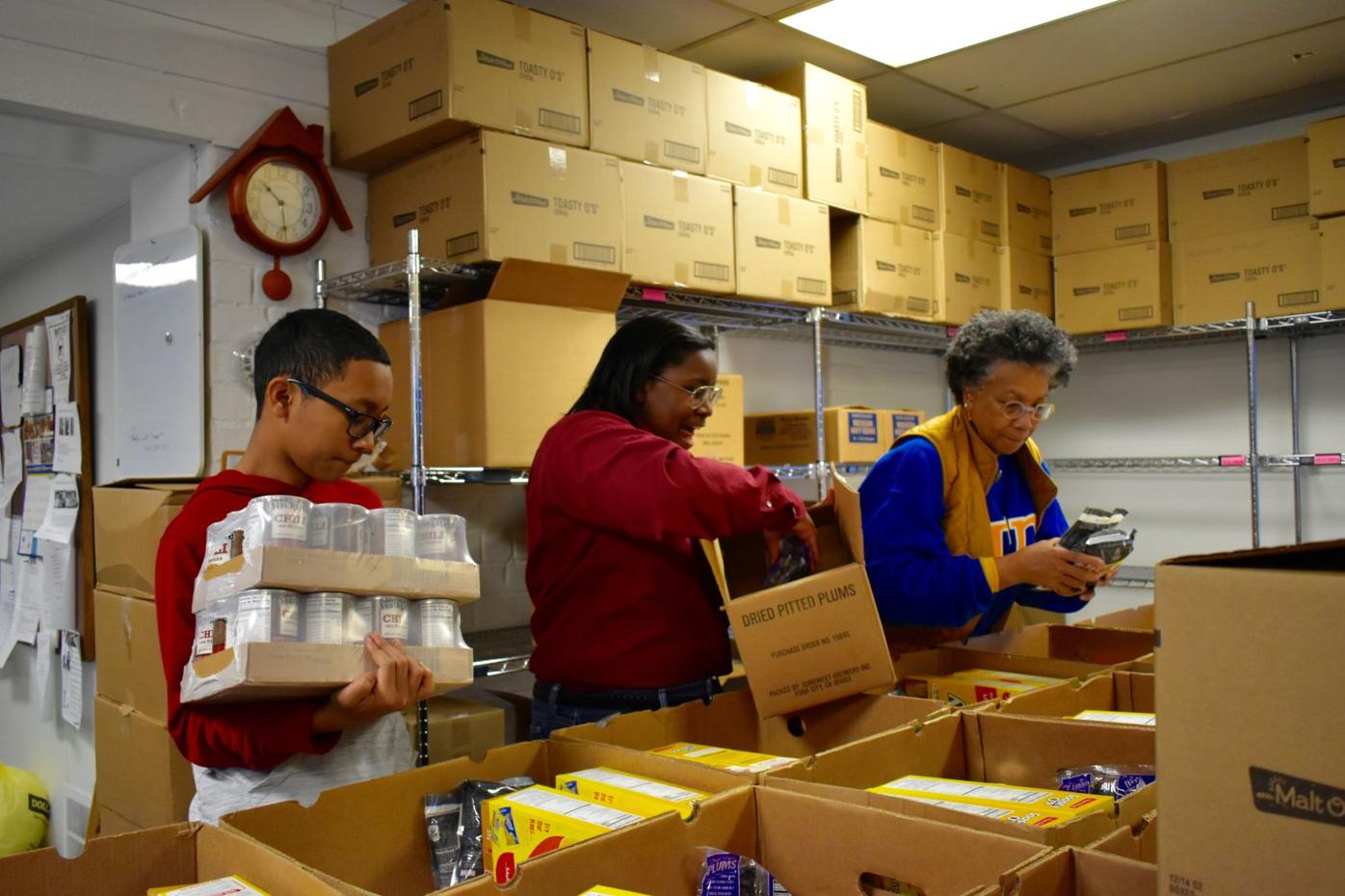 Former Athens High football star Joe Burrow struck a chord with many people around the nation Dec. 14 when he delivered his Heisman Trophy acceptance speech, triggering a massive increase in donations at the Athens County Food Pantry, just a 10-minute drive from Burrow’s hometown of The Plains.

But first – and it can’t be repeated too many times – the inspirational passage from Burrow’s Heisman speech: “Coming from southeast, Ohio, it’s a very, very impoverished area,” Burrow said in his speech. “The poverty rate is almost two times the national average. There’s so many people there that don’t have a lot, and I’m up here for all those kids in Athens and Athens County that go home to not a lot of food on the table, hungry after school; you guys can be up here, too.”

According to the U.S. Census Bureau, the national poverty rate recorded for 2018 was 11.8 percent, while the average poverty rate in Athens County was recorded at the highest in the state and sits just above 30 percent.

Athens County is one of only eight counties in Ohio where the child poverty rate is over 30 percent. Southeast Ohio is represented by half of those counties, including Meigs, Vinton and Gallia.

According to Feeding America, a nonprofit organization devoted to putting food on the table for over 46 million hungry people across the United States, one of every seven people in Ohio alone struggles with hunger.

The Burrow-inspired donations began with an online fundraiser on Facebook for the Athens County Food Pantry, started by Will Drabold of Athens, an Athens High School graduate and Ohio University alum.

Local food pantries are essential in helping people living below the poverty line feed themselves and their families. Joe Burrow’s call to action made a significant difference for the Athens County Food Pantry, which amassed over a half-million dollars in donations in a matter of weeks.

Athens County Food Pantry Board President Karin Bright said last week that staff and volunteers are still in a state of shock over the overwhelming support they have received over the last few weeks.

“We’re really grateful that this gives us the opportunity to have a conversation about the problem of hunger and food insecurity in our country,” Bright said. “Our area suffers from that, clearly, but we’re not alone; it’s across the country.”

Despite all of the money raised, however, that money just started flowing to the Athens County Food Pantry halfway through January, so they don’t have all of it yet.

“I don’t think people understand that it’s not an immediate receipt of those monies,” Bright said. “Through Facebook they have a protocol they go through, so the money doesn’t come in immediately. It comes in over a period of time depending on when the donations came in.”

While awaiting the rest of the funding, the Food Pantry Board is working on a plan to budget the money they will receive.

The county pantry regularly serves more than 9,000 meals to over 400 households every month. The massive increase in donations has the potential to make a big difference in the lives of the people who rely on the Food Pantry’s services.

According to Bright, however, the number of people accessing the pantry’s services increased in December and is expected to continue to increase through the end of January.

“We can serve people Monday through Friday, 8 a.m. to 5 p.m.,” Bright said. “We also serve at two other locations every month, and then we have emergency pick-up at the pantry, so we serve from four different locations and could conceivably distribute every day of the week.”

Mike Harrington, food co-chair for the Athens County Food Pantry, led a group of volunteers Saturday in packing boxes to be distributed. Volunteers – many of them participating in Ohio University’s Martin Luther King Jr. Week’s day of service – worked for an hour or so to pack shelf-stable items such as canned vegetables, macaroni and dried figs into boxes and bags.

Harrington noted that 90 percent of the Food Pantry’s food comes from the Southeast Ohio Food Bank because the bank has significant purchasing power. It can buy food at much cheaper prices from manufacturers (typically as low as 19 cents per pound of food).

“That’s why when we ask if you’d like to make donations, to consider making monetary donations so that we can spread that dollar (further),” Harrington said.

The food is brought to the Food Pantry’s tiny offices on Richland Avenue from the Food Bank every week, where it’s packed by volunteers. Several Athens County Job and Family Service staffers in a decommissioned old ambulance then bring that food to the JFS site in Chauncey for distribution on Tuesdays and Thursdays, Harrington said.

The Food Pantry is always in need of volunteers, especially on those distribution days of Tuesdays and Thursdays, Harrington said.

He explained that the other two locations where food is distributed are a church in Amesville and The Gathering Place in Athens. The Athens County Food Pantry also offers emergency food assistance available for pick-up at its Richland Avenue site if people need food outside of JFS’ regular hours.

NOT ALL FOOD PANTRIES in the area have been quite so fortunate as the Athens County Food Pantry in receiving donations (an understatement), including the Bishopville Food Pantry in Morgan County, not far from Glouster.

The Bishopville Food Pantry served nearly 5,000 people in 2019, about 85 percent of them from Athens County. Despite Joe Burrow’s inspirational speech, they continue to struggle to find donations.

Monna Taylor, one of about 20 volunteers at the Bishopville Food Pantry, expressed concern that charitable donations to the rural operation are becoming increasingly more difficult to come by.

Any donations for the Bishopville pantry should be sent to: Bishopville Food Pantry, 6555 State Route 78, Glouster, OH 45732.

The U.S. Census Bureau reported that the village of Glouster, a short drive from the Bishopville pantry, has a median household income of about half the national average.

Bright said in a follow-up interview last Friday that while the money from the Facebook fundraiser for the Athens County Food Pantry can only go directly to that organization, its board is still considering different ways that the money can be used. While the money must be used in a way that dovetails with the Food Pantry’s central mission of feeding hungry people in Athens County, Bright didn’t explicitly rule out the possibility of providing assistance to other food pantries in Athens County.

We're can we send money to help the Bishopville Church?

This has been added to the article, too.

The Nelsonville food cupboard serves more families than Athens does, and isn't getting any of the half million dollars in donations. So if you want to help out, please donate to Nelsonville where the poverty rate is 35%.