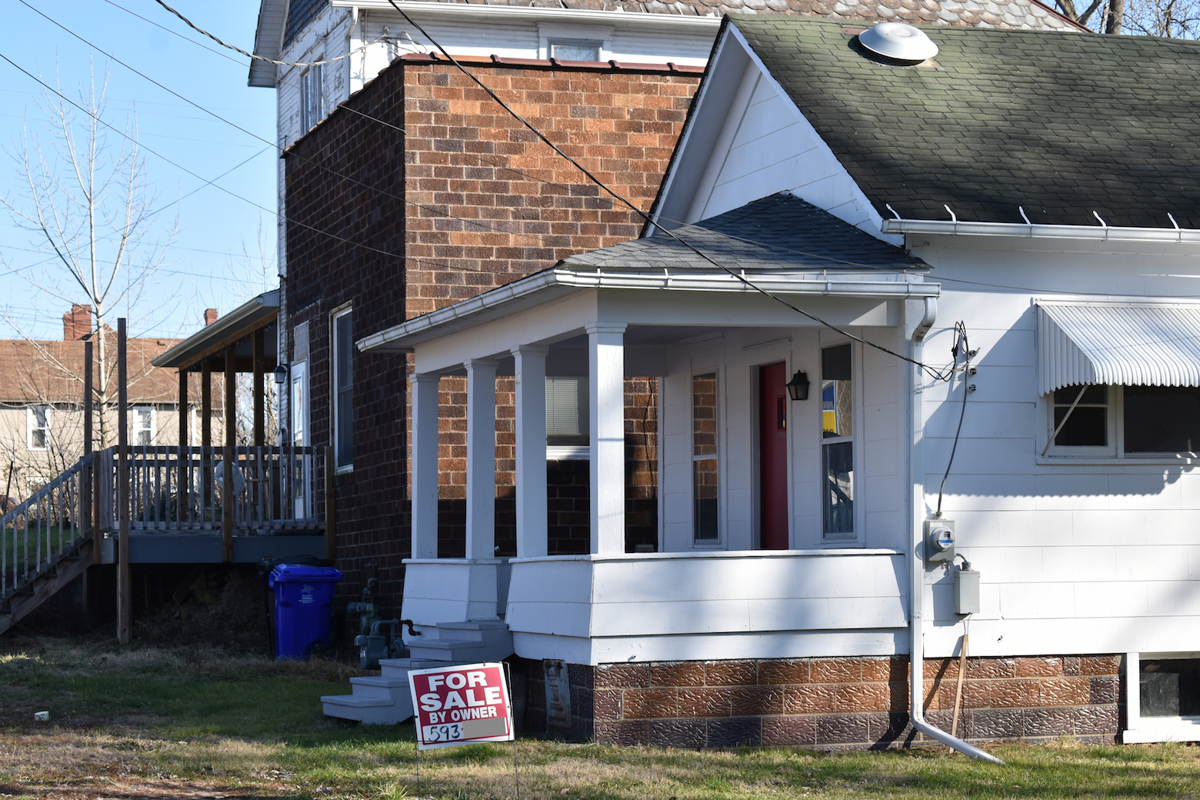 This is the front of a house on Main Street in Chauncey that’s listed for sale by the owner. Photo by Conor Morris. 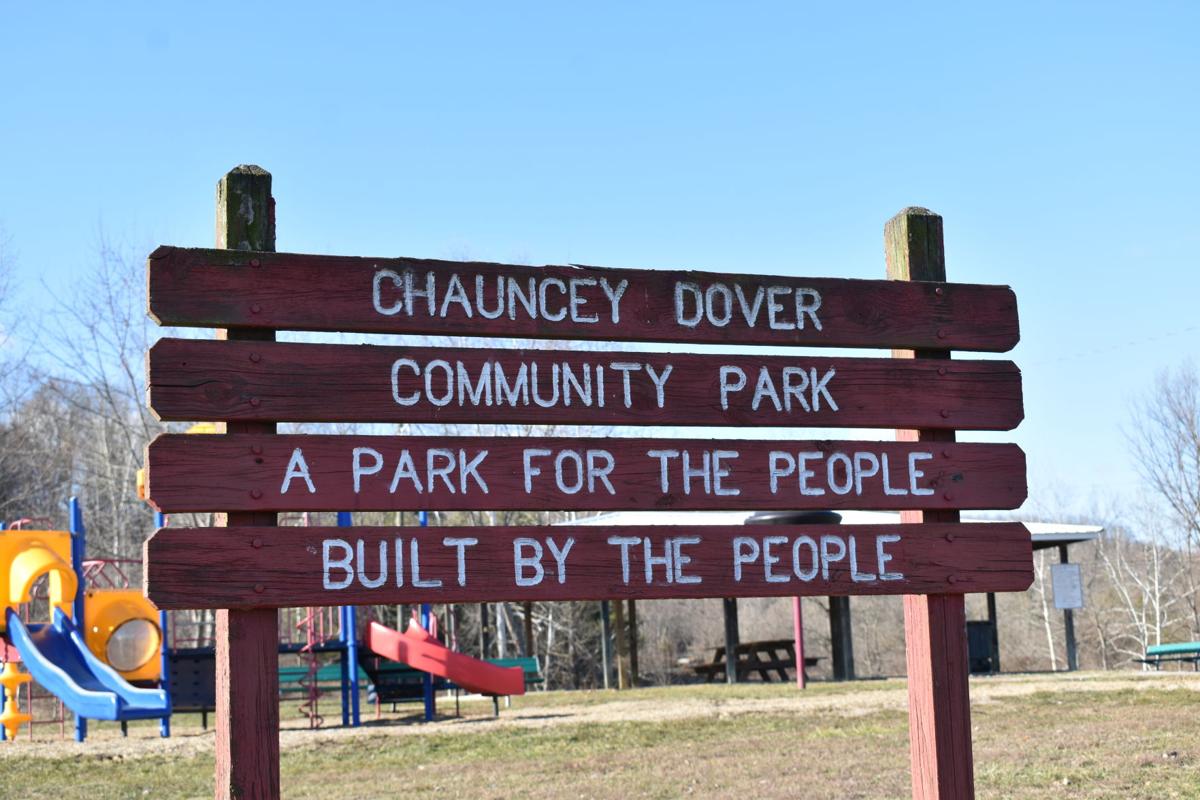 The 14 miles of the Baileys Trail System built so far can be accessed near the community park in Chauncey, one of the main trailhead communities for the 88-mile system. Photo by Conor Morris.

This is the front of a house on Main Street in Chauncey that’s listed for sale by the owner. Photo by Conor Morris.

The 14 miles of the Baileys Trail System built so far can be accessed near the community park in Chauncey, one of the main trailhead communities for the 88-mile system. Photo by Conor Morris.

Local discussions concerning construction of the 88-mile Baileys Trail System in the Wayne National Forest – with its main trailhead in Chauncey-Dover Community Park in Chauncey – has the newly installed mayor of that Athens County village excited about economic development prospects for her town, but she’s also worried.

Mayor Amy Renner in an interview last week expressed concern about the potential for gentrification arising from the big trail project, which could mean higher property and rent prices driving out the town’s long-time residents (Chauncey has a 32 percent poverty rate).

“You see the ‘for sale’ signs going up, and by the end of the month it’s being sold,” she said, referring to homes in the village. “It’s very quick, and it’s making everybody a little nervous.”

As an important caveat, Renner said that for now, it’s still quite affordable to live in Chauncey. Plus, discussions about funding for the Baileys Trail System are still far from settled, with only about 15 miles of trail built so far. Athens City Council in November approved $90,000 per year for the next 20 years in funding, but the Athens County Commissioners are not sure yet whether they can contribute that level of support to the project (see article about that issue on page 2).

Ohio University economics professor Julia Paxton said last week that her “Economics of Altruism” class worked on analyzing the Baileys Trail System project last year in order to answer questions about unintended consequences arising from the project, such as gentrification.

“Knowing that the trailheads are going to be in some communities that have been (economically) distressed as a result of coal mining closing up its shop over the years, then the real question is, how can we make this exciting economic tool be relevant and the most impactful for the residents of southeastern Ohio?” Paxton asked. “…The class took that on as a challenge.”

Specifically, the professor explained, her class looked at how to facilitate “empowering growth” for the village of Chauncey in two large projects: One was to explore how to tell the village’s history to visitors so they view it in a “positive light”; the other was to explore the topic of gentrification and how to mitigate its impact on local residents.

As a part of the gentrification aspect, the class analyzed the quality and prices of the current housing stock in Chauncey, and data on property sales. Based on the annual number of property sales for the past 10 years, the median number of sales per year was 34, with the average value of properties sold increasing by 20 percent from Oct. 1, 2018 to Oct. 31, 2019 (but only from $33,208 to $39,804). Chauncey saw a large increase of property sales in 2018 (about 116 sales, more than triple the median number).

However, that number comes with a large asterisk. According to records of all Athens County property sales for the Chauncey area (which is a larger area than what was studied in Paxton’s class), almost 80 parcel transfers in that area occurred between Nelsonville TV Cable and Nelsonville resident and company owner Jim Edwards. Those transactions appeared to be unrelated to the trail project (a similar transfer of property occurred with other Nelsonville TV Cable-owned properties on the same day throughout the county that year).

“We have to try to balance between making this trail system work as an economic development engine but also preserving Chauncey for residents who do live here,” Renner said.

Liz Hill, branch manager of the Chauncey branch of the Athens County Public Library system, said Tuesday that she’s been hearing “some excitement and some concern” from the Chauncey residents she serves (she emphasized that she wasn’t speaking in her official capacity with the library system).

“People are concerned about landlords buying and flipping properties, about rent rising, and about being priced out of this place that they’ve called home for an awfully long time,” she said.

Hill said she worries about that prospect, too. She said the trailhead being located in Chauncey could have great benefits – including hopefully bringing more businesses and stores, and by extension more jobs. For example, Chauncey currently only has two stores where people can buy food and drinks – the Cee-Dee Handy Mart on Converse Street and the Marathon gas station on the corner of Converse/Main streets. With the trail system coming in, people visiting likely will want more amenities, Hill said.

However, Hill wondered how it can be arranged so local people can take advantage of the increased demand for services to open their own businesses.

IN THINKING OF SOLUTIONS for these issues, OU professor Paxton’s class offered some potential ideas after researching the topic. Paxton said she previously connected with William Eimicke, professor of professional practice in international and public affairs at Columbia University, whom she called an expert on gentrification in housing. Eimicke reviewed the class’ ideas, she said, and ultimately said they likely would help reduce the impact of gentrification. They are:

• Creating a system of zoning in Chauncey, especially around where business operations and short-term rentals like Airbnb can be located. “If anything goes, Airbnb people can just buy up all that, and it’s basically completely unregulated hotels,” Paxton explained. One simple rule change could be that people have to live in Chauncey in order to rent their homes out, Paxton said.

• Setting up an “affordable housing trust” fund. Paxton said the Athens County Foundation or some other local partner could potentially run the fund, which could take in money from a public source in Chauncey or the other trail towns (Buchtel, Doanville, etc.) and put it into a trust. Local homeowners who want to fix up their homes could apply for money from that fund in the form of grants or concessional loans, Paxton said.

Paxton explained that her students recently presented on these topics to a group of Chauncey residents.

MEANWHILE, WITH THE OTHER portion of the class’s Baileys Trail System project, Paxton’s students tracked down a lot of interesting history about Chauncey after researching local historical records and talking to local residents, with the intent of installing informative trail signs on the trail and at the trail head.

To help in this endeavor, the class had about $20,000 in donations – $10,000 from the Buffett Foundation and a $10,000 match from the Ohio University Foundation – to use to help create and erect these signs. Paxton said the class has contracted with the Southeast Ohio History Center and Hilferty & Associates to make the signs.

“We thought that it would be most beneficial to the region if tourists coming to our region were able to view Chauncey, and not just Chauncey but all of southeast Ohio in a positive light,” Paxton explained.

ATHENS RESIDENT Rob Delach is among those who bought a property in Chauncey recently after hearing about the potential for Baileys Trail System tourism. Delach, who serves on the Athens Board of Zoning Appeals and several other volunteer committees, said he attended the presentation from Paxton’s class, and is taking care to avoid any harmful consequences to the community.

“I have already spent over $20,000 upgrading the property with all the work done by Chauncey area contractors that employ local laborers,” Delach explained. “I feel that I am already doing my part to improve the neighborhood by improving the appearance of the property, and spending that money with local businesses and workers.

“I currently have a young family of three in the Chauncey property that have signed an annual lease,” Delach added. “I intend to allow this family to continue to lease the house on an annual basis if they choose to continue to do so.”

Delach said he hopes that increased tourism in Chauncey will increase the demand for goods and therefore result in vacant properties being bought up for commercial uses, though he acknowledged that rental stock could be taken off the market for short-term rentals such as Airbnb.

Delach said he believes zoning would be a helpful tool in that regard.

Chauncey Mayor Renner said she’s willing to consider implementing zoning, but it will be a long-term project to work on with Chauncey’s Village Council.

When the Meigs mines closed

When news broke in 2000 about the impending closure of Southern Ohio Coal Company’s Meigs County mine complex, worries abounded about the deva…

Even if you say that you wont go to short term renting now, it's going to be really hard to pass up the Air BnB business model against the lesser profits of a long term renter....... especially in a few years when you send kids off to college or set up your retirement.

Better to establish yourself now as an Air BnB and get grandfathered in before regulations take hold.

no one wants to rent an airbnb in Chauncy

Not today, perhaps. But when Chauncy is a gateway to 88 miles of incredible trails, I suspect that will change.