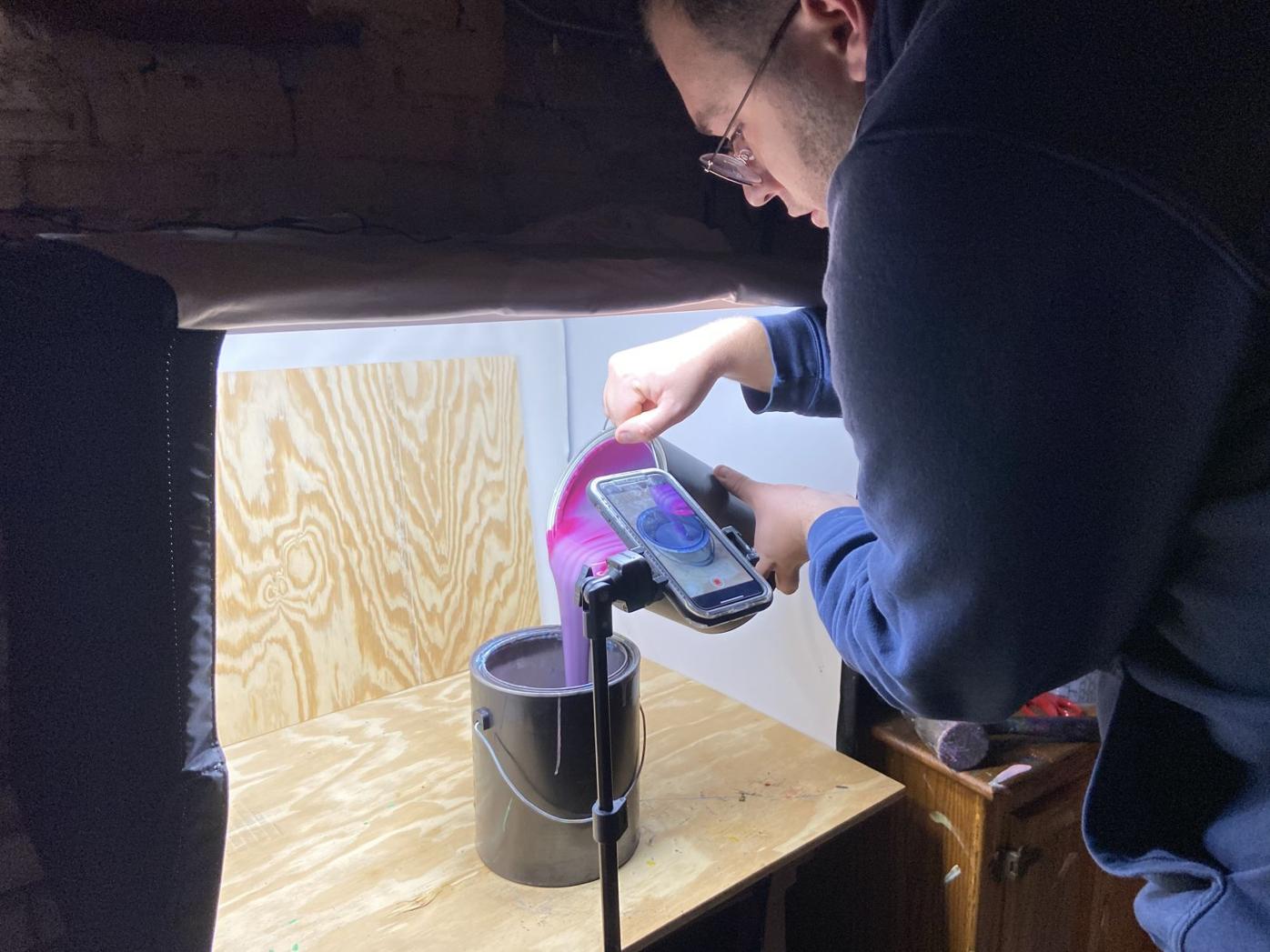 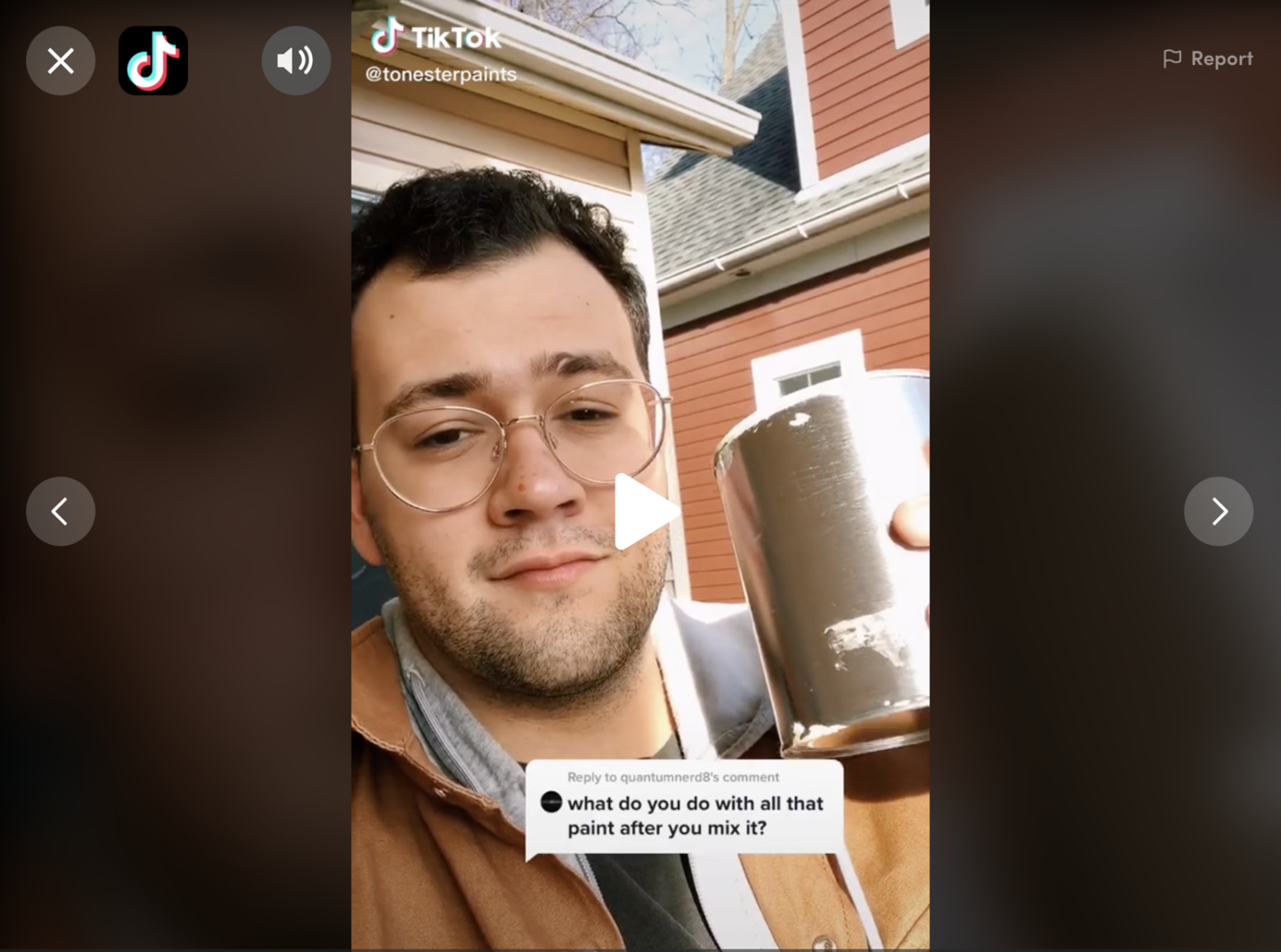 A local TikTok star, famous for paint-mixing videos, was fired this past summer from his part-time job at the Athens Sherwin-Williams store after the company discovered he created content while on the clock using company machinery.

Tony Piloseno, an Ohio University senior studying marketing in The College of Business who goes by tonesterpaints, amassed more than 1.3 million followers on the social media platform popular among Gen Z for its bite-sized videos by experimenting with paint mixtures that yield gorgeous colors and rich textures.

He began creating the videos about a year ago while working at the East State Street Sherwin-Williams location, where one of his job duties was to mix paint colors for customers to help find the exact shade they were in search of. Piloseno grew inspired by other companies that he saw mixing paint in their own TikTok videos, and he began employing techniques that he learned on the job into his own creations.

“I tried it out and my videos took off almost immediately,” he said in an interview.

Piloseno’s success revealed what he saw as an opportunity to help Sherwin-Williams, the Cleveland-based paint giant, market its products to the younger audiences found on TikTok. With the guidance of some OU business professors he created a presentation that he shared with a store manager and sales representative who were both supportive and helped him contact the company’s corporate marketing department.

After months of silence, corporate responded to his inquires saying they weren’t interested in expanding marketing efforts amid the pandemic, he said. Following the rejection, Piloseno began filming videos that become increasingly unorthodox.

One featured him squashing blueberries and mixing them into white paint in an attempt to create a natural blue. In another more recent clip he poured red fruit juice into a canister of paint to create a satisfying textured swirl.

Months later Piloseno said he received a call from the company’s loss prevention department that said a customer complained about the viral blueberry video and the company representative terminated him on the spot.

“I mean honestly, I didn’t think they were going to fire me,” Piloseno said. “Like I said, I really loved working for Sherwin-Williams. I loved the process of paint — everything about paint basically. I loved all my co-workers at the Athens store. I loved all the customers. The Athens community is very, very good.”

He also said he was disappointed that he did not have the opportunity to talk with the district manager about the matter before he was let go.

Sherwin-Williams did not respond to The NEWS’ request for comment. Though, the company confirmed to BuzzFeed News that the customer complaint about the blueberry video is what ultimately led to Piloseno’s termination.

Piloseno provided to The NEWS his official termination document, signed by District Manager Shaun Buranakitipinyo, noting the company ruled he was in violation of several “gross misconduct policies,” including actions that “seriously embarrasses the Company or its products,” among several other infractions.

His friends have since allowed him to film videos in the basement of their off-campus house. Just days ago, Piloseno went public about his termination in a TikTok video that went viral, garnering more than 6 million likes.

“I was pretty bummed out at first, but with the support of my friends and family I continued to do what I love … It’s been a struggle, but I’ve been continuing to develop my own brand and make content for people,” he said in the video.

Piloseno started a gofundme Wednesday to help raise money for new paint products since he’s not part of TikTok’s program that pays creators based on the view count of each video they post. The OU student also began donating paint that is no longer vibrant to Habitat for Humanity. He featured the West Union Street ReStore location in a recent video.