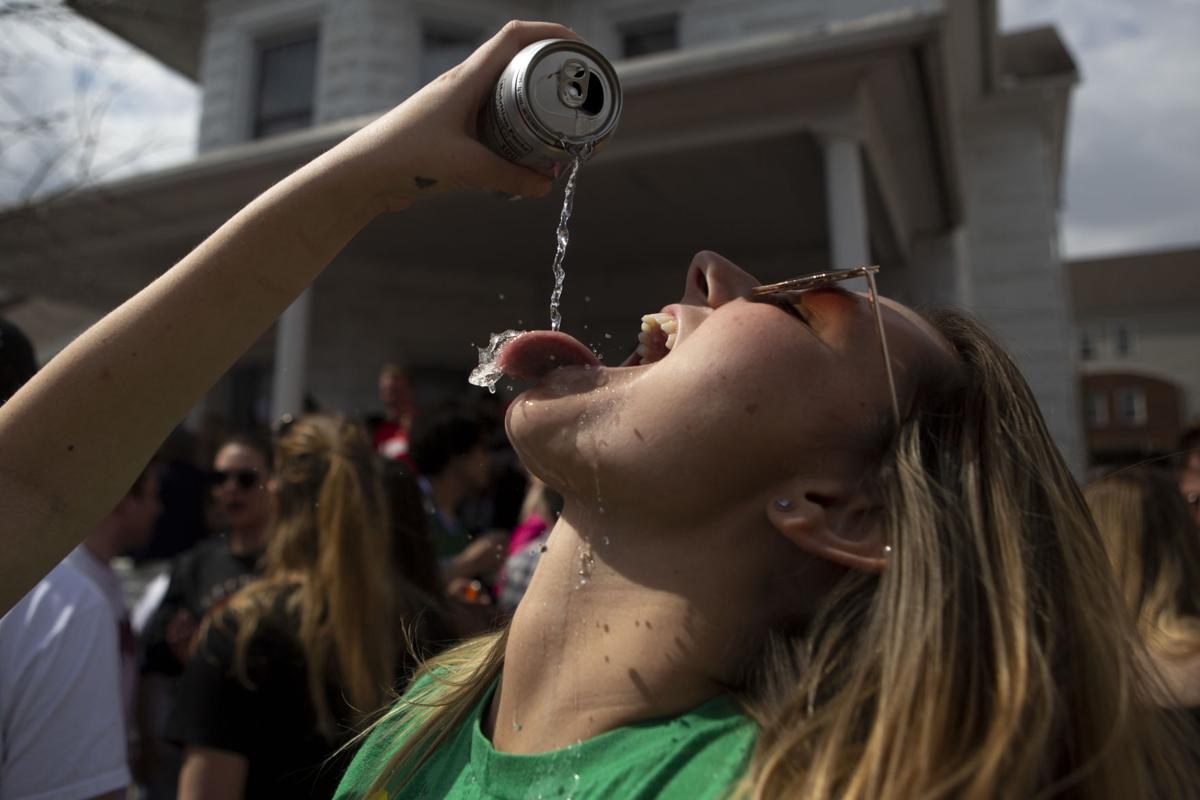 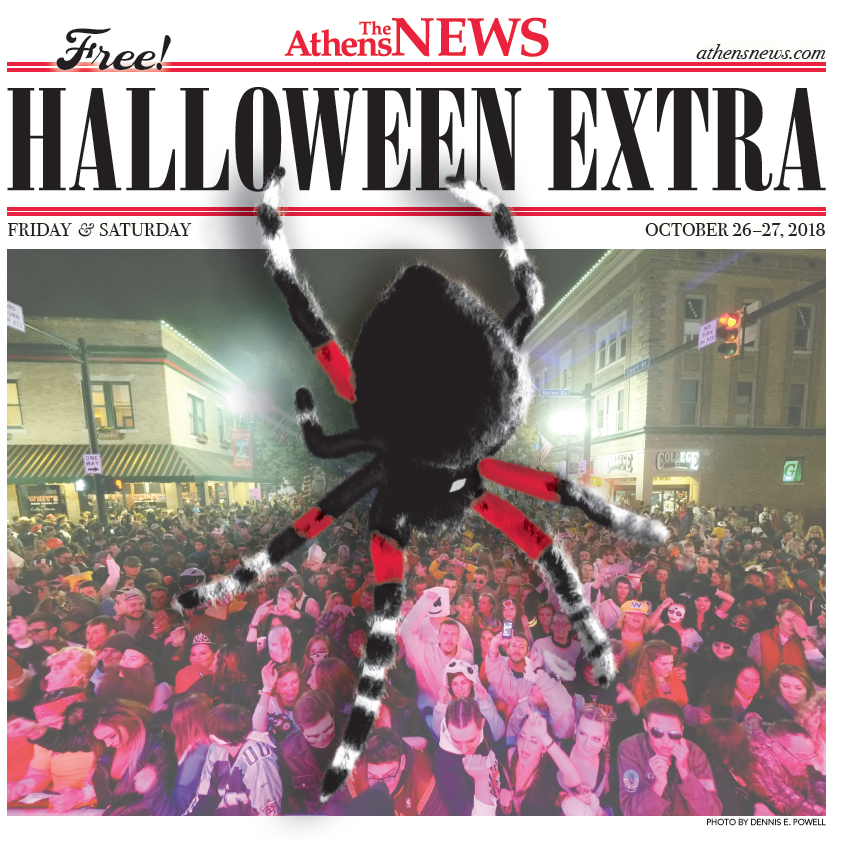 The cover of The Athens NEWS’ Oct. 26-27 Halloween Extra won a third-place finish for graphic designer Laura Zielinski for Best Page Design in our circulation class. The crowd photo was by Dennis E. Powell, the spider photo by Terry Smith.

The awards were announced at the ONMA’s annual conference Thursday in Columbus. They covered a time period between Aug. 1, 2018, and July 31, 2019.

The NEWS competed in “Group A” of the Hooper competition with other papers of circulations higher than 4,300.

Two sister newspapers of The NEWS also won awards during the ONMA conference in Columbus. The Pike County News Watchman won seven awards, and the Vinton-Jackson Courier won five. Those newspapers and The Athens NEWS, as well as the daily Athens Messenger, are all owned by APG Media of Ohio.

The Messenger, as a daily newspaper, competes in the Ohio Associated Press Media Editors newspaper competition later this year.

Awards won by The Athens NEWS this year included:

• News Story – first place. This was for a story about efforts to find out who funded and organized the No on Issue 3 campaign against the Athens City School District’s school building levy in November 2018. Associate Editor Conor Morris and former Athens NEWS reporter Kayla Beard co-wrote the story.

• In-Depth Reporting – third place. Morris won for a series looking at how local survivors of sexual assault have coped and healed in the time after their experiences. The judges wrote, “Very good in-depth reporting of a single sexual assault case and the nuances of recovery for the victim.”

• Best Local Profile – second place. This was for a profile that Athens NEWS columnist Dennis E. Powell wrote on Jorma Kaukonen, co-owner of the Fur Peace Ranch in Meigs County and member of the Rock ‘n Roll Hall of Fame (Jefferson Airplane and Hot Tuna).

• Original Columns – first place. Editor Terry Smith won for his regular “Wearing Thin” column. The judges wrote, “The writer speaks out with a voice on important local issues. He clearly is not afraid of challenging people, and will never stoop to boring readers with opinions about the weather.”

• Best Editorial – first place and second place. Both written by Editor Smith, the first-place editorial highlighted the dangers that President Trump’s attacks on the news media pose to the First Amendment rights of all citizens, and the second was an endorsement against Issue 1 on the November 2018 ballot (the Drug and Criminal Justice Policies initiative). This was a combined category, including ONMA weeklies of all circulation levels.

• Best Page Design – third place for APG Media of Ohio graphic designer Laura Zielinski’s design of the Halloween issue cover (showing a big spider laid atop a crowd scene from a past Halloween). Smith had taken the spider photo at home a few months earlier, and the crowd picture was taken by Dennis E. Powell at a previous Halloween.

• Advertising – first place for an assortment of ads designed for The Athens NEWS regular issues and its Annual Manual 2019.

• News Photo – first place for freelance photographer Jordan Kelley’s image of a Palmer Fest celebrant having a can of (something) poured down her mouth.

• Special Edition/Section – a first-place finish for The Athens NEWS’ Best of Athens’ results section in February 2019.

The student newspaper at Ohio University, The Post, won multiple awards in the ONMA’s Collegiate Awards competition, including Newspaper of the Year. The Post competed in the larger-circulation division of the two classes in the competition.

Sincerely congrats to you all.

Congratulations to all the award winners. Hard work does indeed bring success and well deserved recognition.