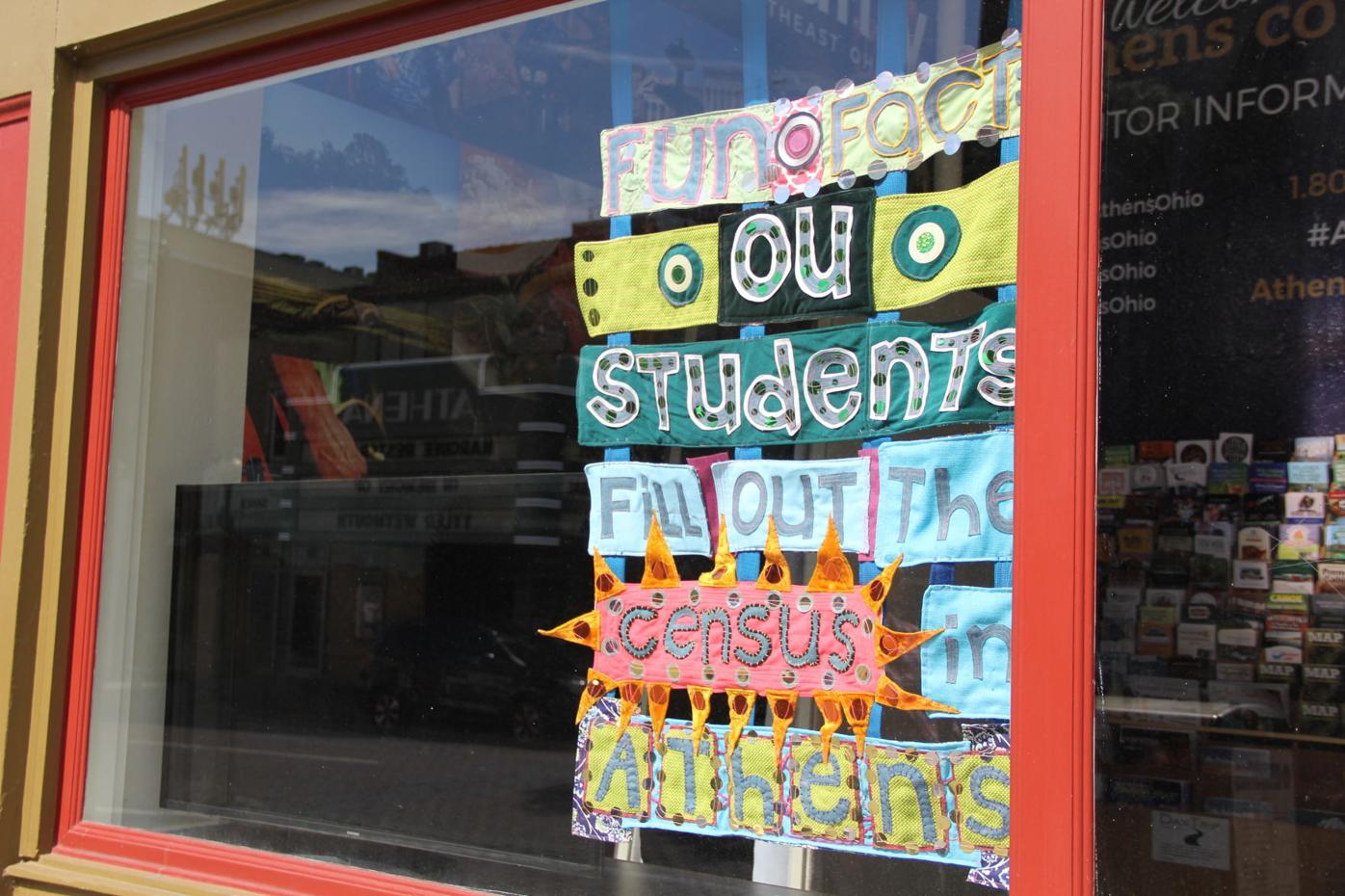 A banner at the Athens Visitors Center. File photo by Sarah Donaldson. 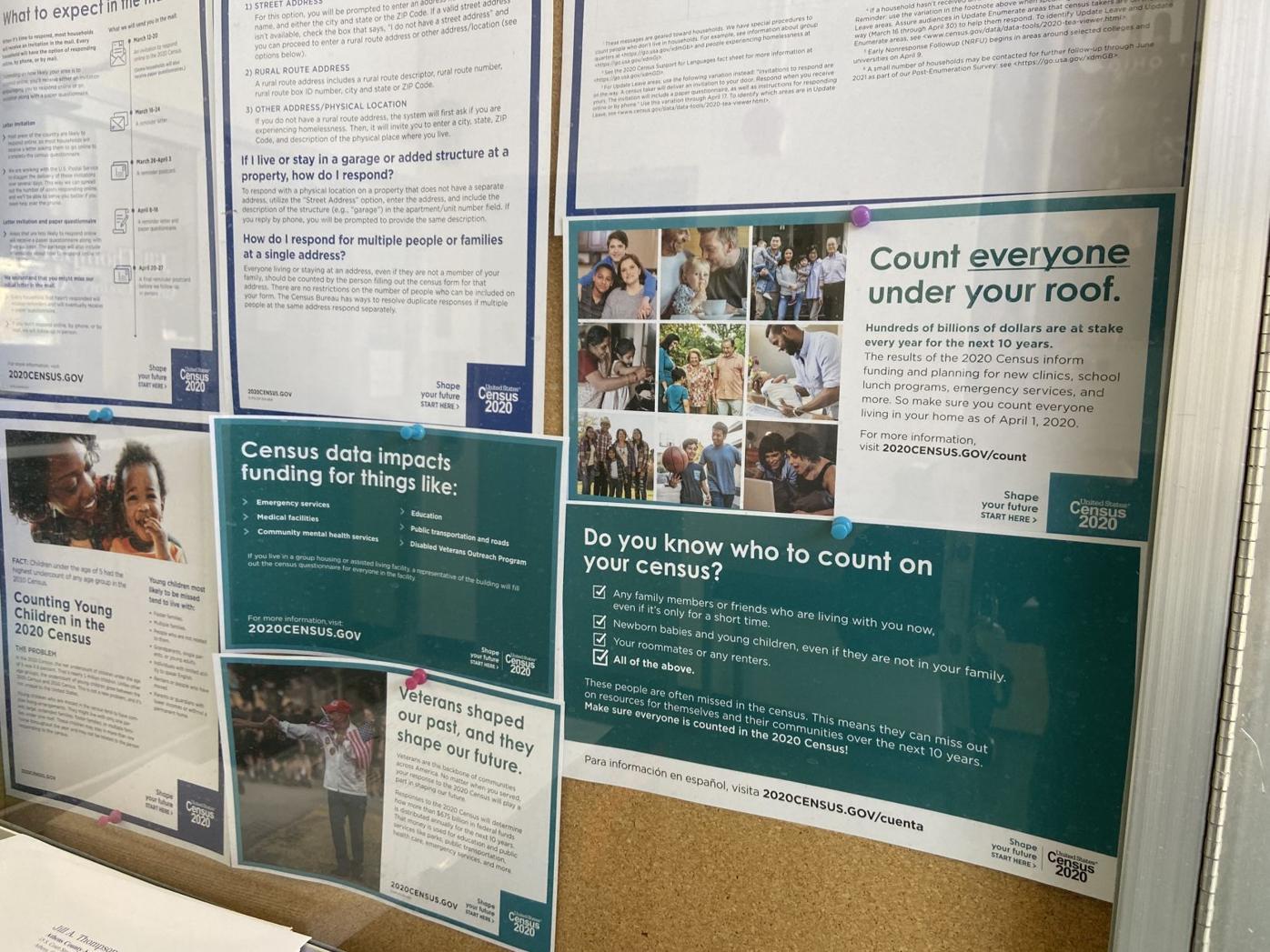 A banner at the Athens Visitors Center. File photo by Sarah Donaldson.

As the recently adjusted deadline for the U.S. census looms, Athens County and city officials have grown increasingly pessimistic about their ability to capture an accurate count, the lack of which will likely result in the loss of millions of dollars in federal funding over the next decade.

Athens Mayor Steve Patterson, who’s in the past shown immense optimism about the city’s potential both before and amid the pandemic to reach or surpass its 2010 census response, said Friday in an interview after a deep sigh and long pause that he is no longer sure that’s possible.

“Unfortunately, I don’t think that we’re going to reach our goals that we had set for ourselves in 2019,” he said.

Athens County Commissioner Chris Chmiel, who’s held monthly census meetings with local officials and organizers to improve the county’s outreach efforts, hasn’t hosted one in weeks. Chmiel indicated frustration with census efforts in the face of a pandemic and said he instead wants to shift his focus to other projects.

“Me personally, I mean, I’m ready to move on. This has been a long campaign that was only supposed to be a couple months — it’s just dragged on,” he said.

It became clear once the COVID-19 pandemic hit and Ohio University students fled town in droves for spring break, only for many to not return, that the city’s census response was all but destined to be significantly lower than the previous decade’s count.

And that was before the Trump administration decided to push the deadline forward a month, citing its efforts to “accelerate the completion of data collection and apportionment counts by our statutory deadline of December 31, 2020, as required by law and directed by the Secretary of Commerce,” according to a statement from U.S. Census Buerau Director Steven Dillingham.

What was originally supposed to be an extended Oct. 31 end date was shifted to Sept. 30, two days after the scheduled start to OU’s second phase of returning students to campus.

That leaves local field operators only 48 hours to enumerate any students included in phase 2 that may return to town at the end of September. Although it’s unclear how many, if any, students will be authorized by the university to move back to Athens for the second phase of its reopening plan.

Patterson, who’s recently made several rounds in national news outlets warning of the potentially dire consequences of undercounts in college towns, said he was “extremely disheartened” by the U.S. Census Bureau’s decision to push the date forward as the city planned to take advantage of students return to boost response rates.

While many off-campus students intend to return to town this fall, or have already done so despite most of their classes starting online, it’s unclear how many of them will ultimately complete the census if they have not already.

Despite officials’ and organizers’ best efforts, the tract of town that encompasses much of OU’s campus and near-east side neighborhoods with high densities of student housing — like Palmer and Mill Streets — is still reporting a remarkably lower self-response rate relative to 2010 when census data was last collected.

Only 33.6 percent of residents in that tract have responded to the census as of Aug. 20 – up 2 percent from June. And a staggering 33.2 percent of them responded online. That’s still about 14 points lower than the final response rate in 2010 for the same area.

An adjacent tract, which includes Uptown Athens and plenty of other student residencies, is reporting about than 10 points lower than the 2010 self-response rate – though it’s up five points since June.

Even tracts that encompass primarily permanent residencies are experiencing lower response rates relative to the last census, which is likely because of the pandemic, Patterson previously said.

Low census response rates this year are not unique to Athens. Patterson arranged a group of mayors from several other college towns across the state, including Oxford — the home of Miami University — and Bowling Green. They all reported that response rates tanked following the pandemic-induced mass exodus of students from their respective cities, Patterson said.

Patterson, who serves on the National League of Cities’ board, is working with the organization to lobby Congress — including Sens. Sherrod Brown (D-Ohio) and Rob Portman (R-Ohio) — to take college towns into consideration in the next round of COVID-19 relief, if such legislation ever sees the light of day after negotiations on Capitol Hill stalled earlier in August.

But it’s not all doom and gloom for the city’s response efforts. In March, OU submitted to the Census Bureau a count of all 6,314 students who lived in residence halls at the time, a university spokesperson said.

City and county officials were also able to obtain the off-campus addresses of several thousand students from the university to submit to the Census Bureau for enumeration, Patterson said.

Those additions, however, still don’t account for the many more thousands of off-campus students who haven’t responded. And those numbers won’t appear in the self-response rates, Chmiel said, meaning the count reported on the Census Bureau’s website for Athens is lower that what the final results will show come deadline.

The city is also utilizing a $10,000 grant from the National League of Cities, which was originally planned to be spent on an Uptown fest to encourage student participation in the census, to hire interns to increase outreach to both students and recent graduates with email addresses and phone numbers obtained by the city through a university public records request.

The U.S. census is collected decennially, or every 10 years, and is designed to record population and demographics data. Those figures are used to allocate everything from federal funding to seats in the U.S. House of Representatives. Every individual counted in the census on average amounts to about $1,200 per year in federal funding for the city, Patterson previously said.

Athens want OU $tudent$ to be counted in the 2020 Census. Athens does not want OU students to return to Athens because of COVID-19. The level of self-serving, sanctimonious hypocrisy in Athens is staggering.

I think it's more like this: people in Athens want returning students to follow recommended and mandated actions to prevent the spread of covid-19. Is this too much to ask?