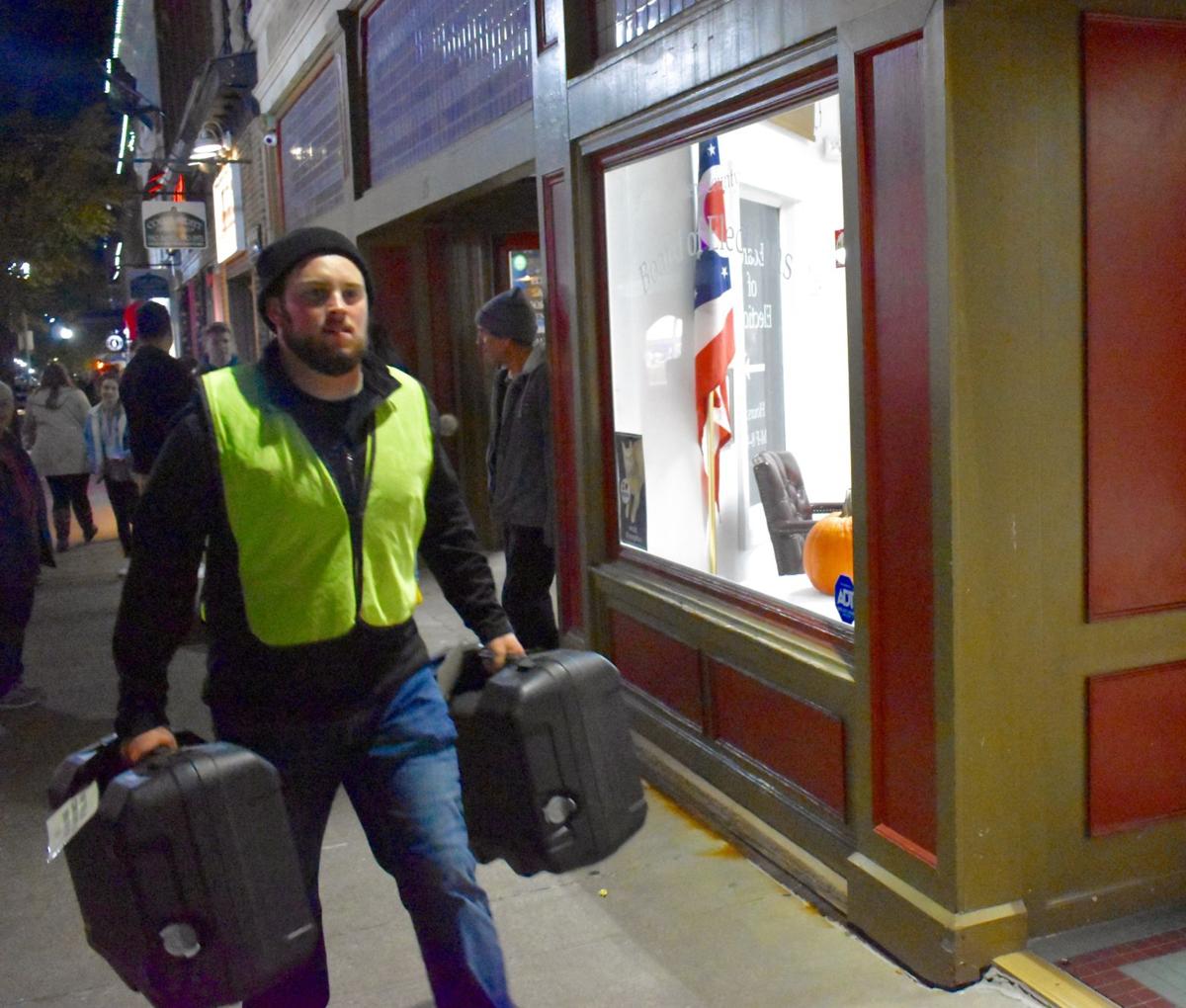 A poll worker delivers ballots at the Athens County Board of Elections on Tuesday evening. 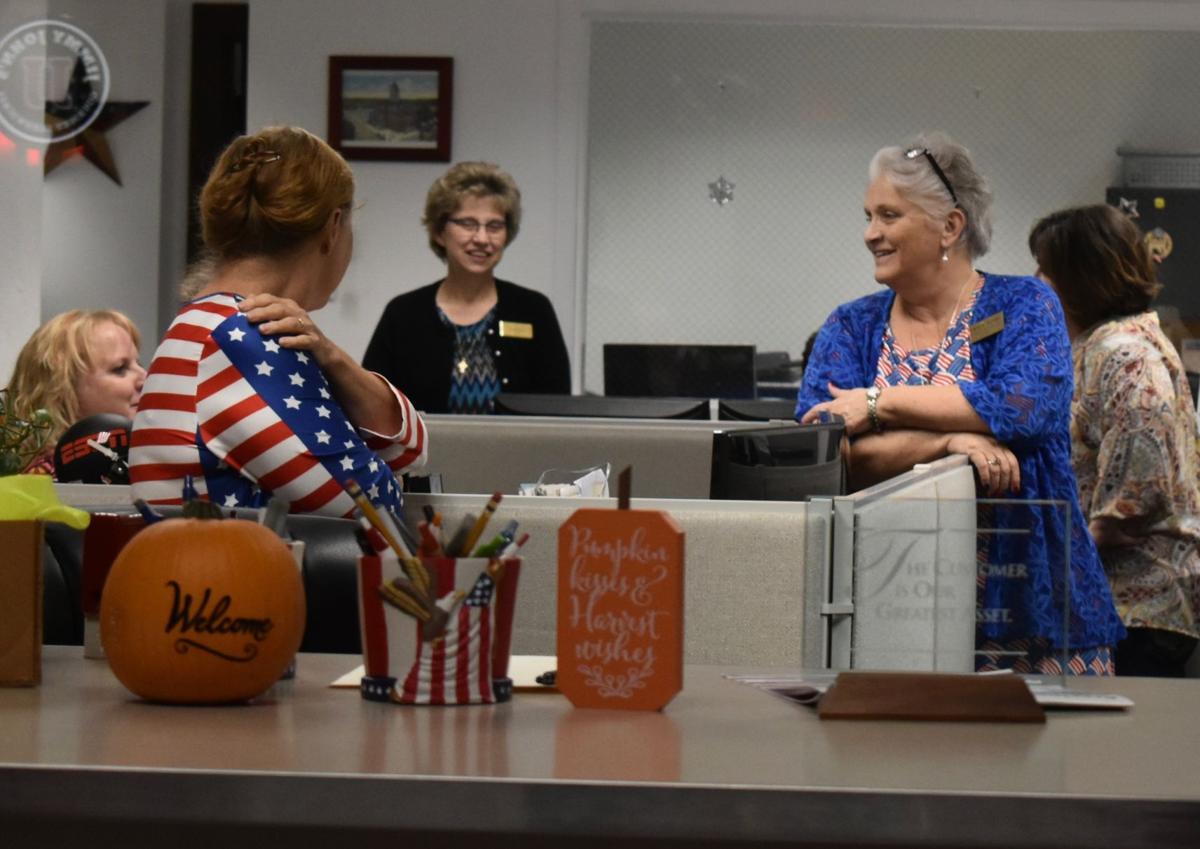 The scene at the Athens County Board of Elections Tuesday evening. 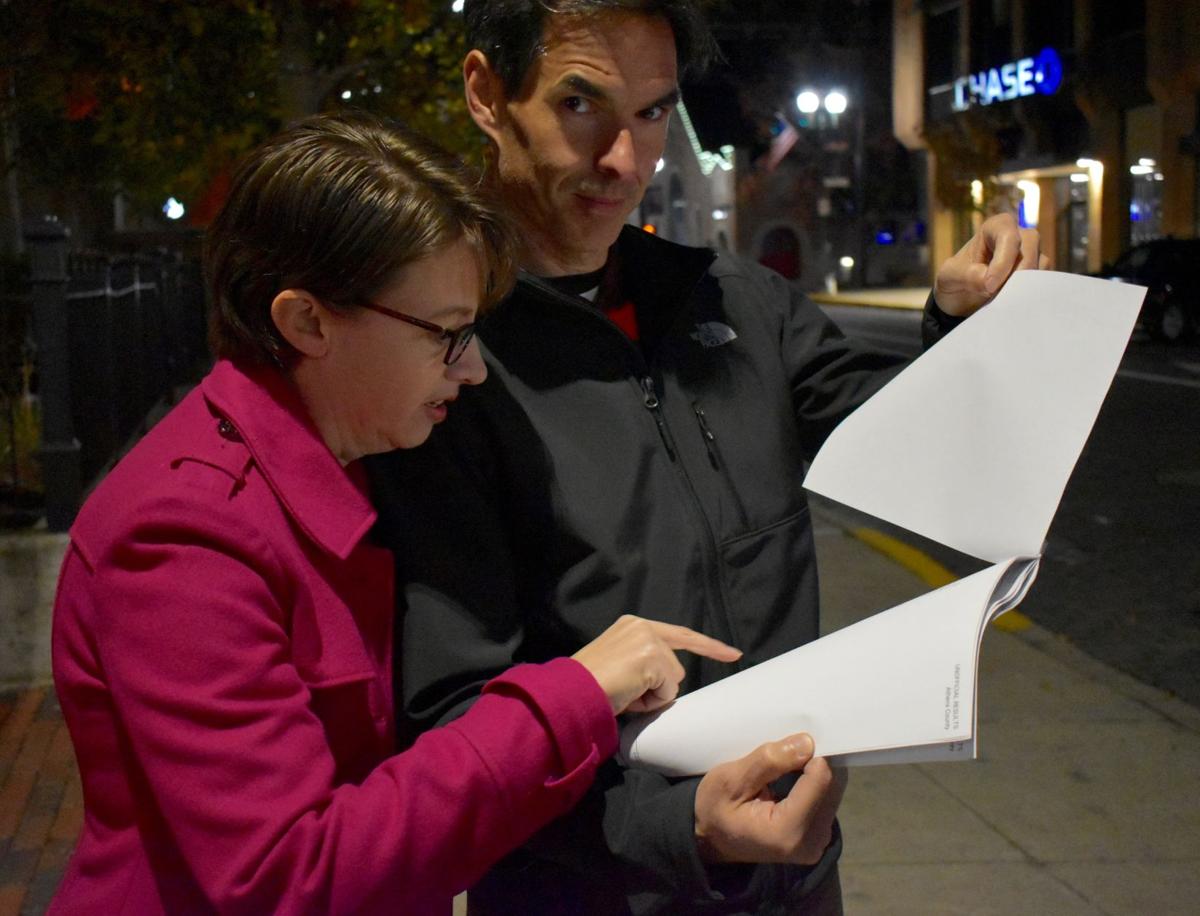 Sarah Grace, who retained her seat on Athens City Election after Tuesday's city elections, looks at election results that evening with her husband, Todd, who serves as judge for Athens County Municipal Court.

Meanwhile, all the countywide levies passed, except for a 0.25-percent, five-year Athens County sales tax increase proposed to bolster the Athens County Sheriff’s Office, Athens County 911 and Athens County’s general fund. The city of Nelsonville also voted to approve an ordinance de-penalizing marijuana crimes within city limits, joining Athens, which has a similar voter-approved ordinance on the books.

Voter turnout was low in this off-year election, with only 10,553 ballots cast out of 40,919 registered voters (a 25.79 percent turnout) in Athens County. That’s not unusual for the off-year election cycle in Athens County. The last local election, in 2017, saw a 26 percent turnout. In 2015, the turnout was 36.82 percent of registered voters, and in 2013, it was a paltry 17.6 percent. The high turnout in 2015 likely was related to three statewide issues that were on that ballot, including one for redistricting reform (which won) and another for marijuana legalization (which lost).

Clodfelter thanked all of her supporters in a brief comment Tuesday evening.

“I’m just going to try to be a good, diligent City Council member who listens to the people and tries to come up with good ideas for our city,” she said.

Athens Mayor Steve Patterson said after the unofficial results were announced Tuesday evening that the high percentage of voters who supported him – 75.62 percent of the vote – suggests that city residents are pleased with the direction of the city over the last four years.

“We really have been and will continue to work on affordable housing because it’s so needed, and the other big thing is we’ve got to diversify our local economy, we can’t be reliant on one or two major employers,” Patterson said. “We’ve really got to push the envelope and be more attractive to other businesses, but also attractive from a tourism standpoint, where people are going to come and visit our region – which is gorgeous – to spend the night, to go out to restaurants, to go to our brewpubs.”

Mayoral challenger Damon Krane, who ran an aggressive race as an independent, took a different view. He said in a statement Tuesday evening that Patterson won such a large percentage of the vote, along with his “allies,” because “the vast majority of Athenians – and renters, in particular – didn’t vote.”

“The problem is that Athens politicians have ignored workers and students for so long that the very idea of local democracy is totally foreign to most folks,” Krane wrote. “So Ellie (Hamrick), Chris (Monday) and I really were starting from absolute scratch. No one had ever run campaigns like ours in Athens – left-wing populist campaigns that sought to expand local democracy and win a just city for workers and students. And it’s hard to get from zero to victory on election night in just one election cycle.

“But I’m proud of what the three of us did accomplish,” Krane continued. “We changed what an Athens city election looks like. Simply by running we forced City Council to pass more pro-tenant legislation than it’s passed in decades. We unmasked the economically right-wing rule at the heart of fake liberal Athens.”

Krane added that he believes he and the other independent candidates “planted the seeds” for “left-wing populist candidates” to have more success in the future.

During the election campaign, during which Krane kept up similarly strongly worded criticism of the mayor on social media, Patterson mainly refrained from publicly responding.

The typical precinct-by-precinct breakdown of votes was not available on the Athens County Board of Elections website Wednesday morning. The NEWS will follow up on that breakdown when it’s available.

Below is a selection of the unofficial results from Tuesday’s election. The Athens County Board of Election still needs to verify these results.

Local issues and other noteworthy races

Its ok. Let him cry. People did go out and vote, people just did not vote for him. hence why the mayor won the election by a landslide. Its hilarious tbh. I hope krane keeps crying about it lol

No analysis as to why Clodfelter led the pack? I do know that one of her campaign themes was stewardship of taxpayer money.