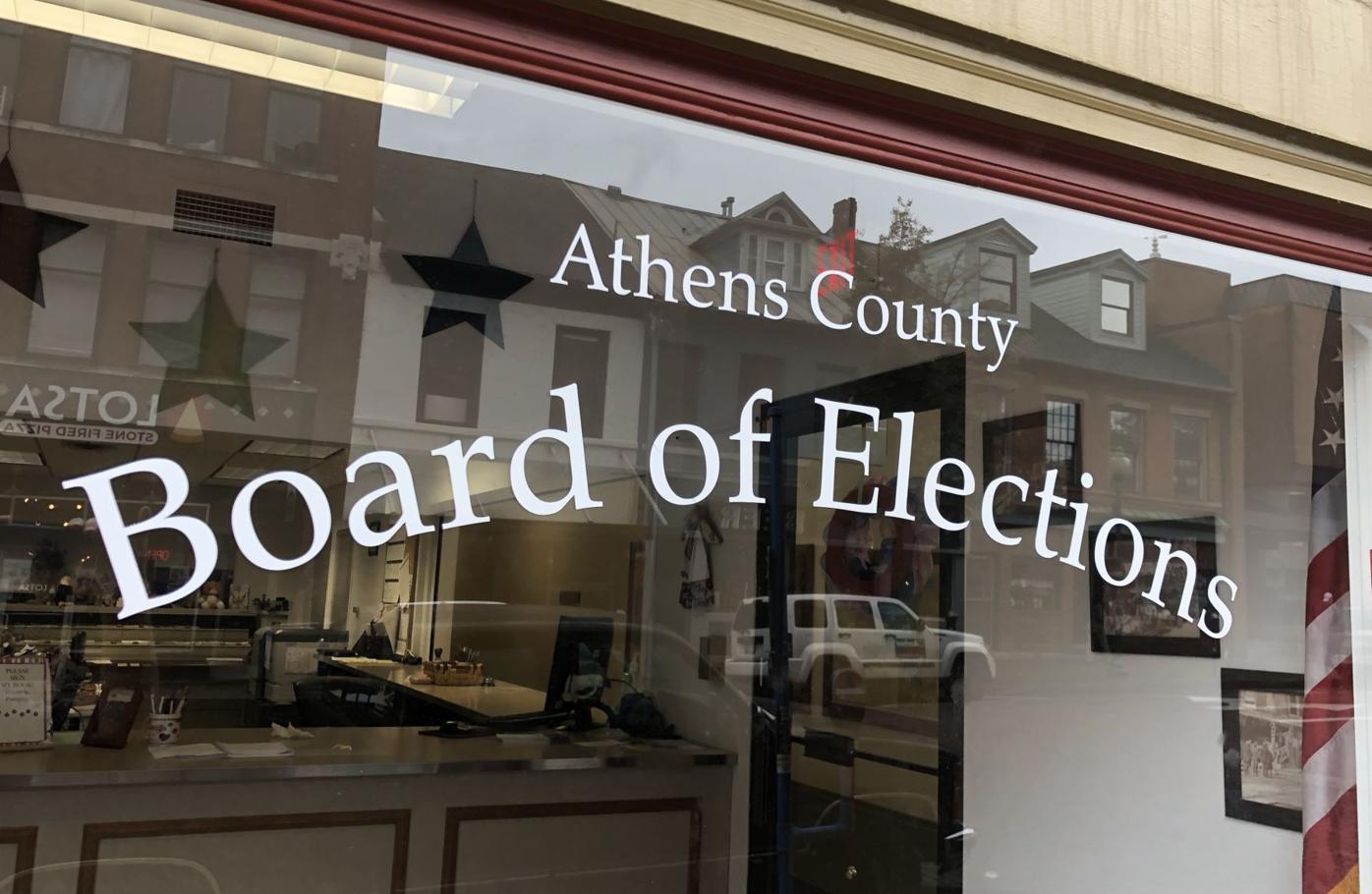 The storefront window of the Athens County Board of Elections office at 15 S. Court St. File art by Terry Smith. 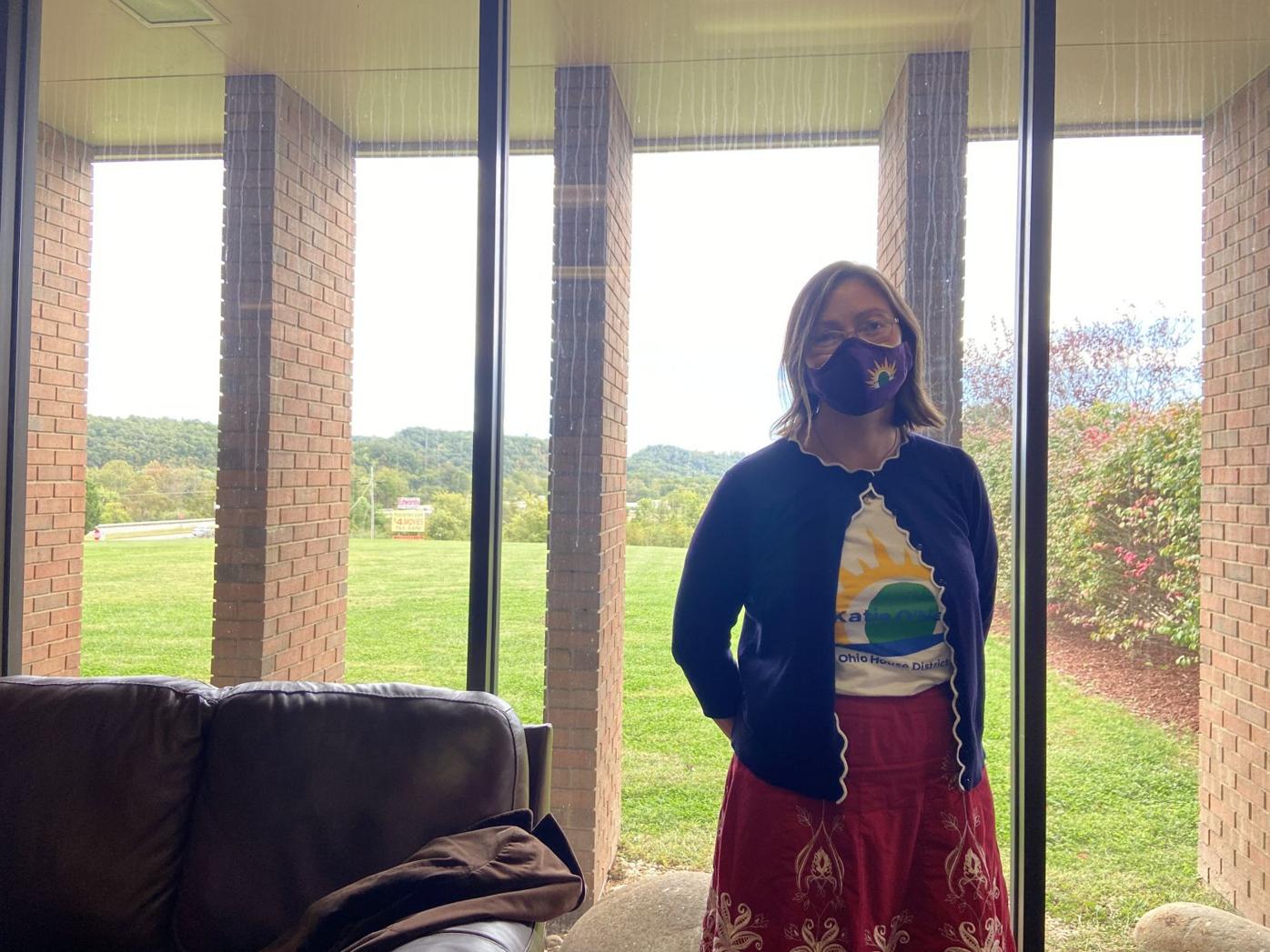 Katie O’Neill visiting The Athens Messenger newsroom in the weeks leading up to Election Day. Photo by Ben Peters.

The storefront window of the Athens County Board of Elections office at 15 S. Court St. File art by Terry Smith.

Katie O’Neill visiting The Athens Messenger newsroom in the weeks leading up to Election Day. Photo by Ben Peters.

“I can tell you I do not feel it was malicious in any way. I do not feel that there was voter fraud in any way and when we come out with all of our facts you’ll be able to see why I feel that way,” Quivey said.

The Board of Elections initiated an investigation Tuesday night after O’Neill alleged in a Facebook post that neon orange signs were posted in voting booths at polling locations that falsely notified voters that any ballots cast for her would not be counted.

Voter fraud, according to The Brennan Center for Justice at New York University Law School, “occurs when individuals cast ballots despite knowing they are ineligible to vote, in an attempt to defraud the election system.” The term is often wrongfully conflated with other forms of election misconduct, a report issued by organization said.

Quivey would neither confirm nor deny the legitimacy of O’Neill’s allegations, saying “it was a very misfortunate thing that happened,” without providing any further elaboration. She indicated that whatever occurred warranted an investigation.

The chair of The Board of Elections, Kate McGukin, is expected to hold a special meeting with news media Tuesday at 4 p.m. to share the investigation’s findings, Quivey said.

A spokesperson confirmed that Ohio Secretary of State Frank LaRose’s office has been “made aware” of O’Neill’s allegations.

O’Neill, who lost in a landslide to Republican incumbent State Rep. Jay Edwards (R-Nelsonville) in the race for the Ohio’s 94th House District, noted in her Tuesday Facebook post that she reportedly sought legal counsel from her Cleveland-based attorney Louis Grube.

“I wanted a fair election and the Athens County Board of Elections interfered with both of my elections,” O’Neill told The Athens NEWS in an email “The Supreme Court ruled 6-1 that the Board of Elections ‘abused its discretion’ and ‘clearly disregarded applicable law’ by voting me off the primary ballot.”

Edwards did not respond to The NEWS’ request for comment, though he posted several comments to Facebook concerning the allegations.

“I don’t work the polls. I don’t vote at that polling location. I have no idea how it happened and the extent at which it affected anything. If this was a closer election, this would be a real problem. Luckily, it’s not,” he wrote in a comments thread.

Edwards beat O’Neill in a more than 20-point race on Election Day, according to unofficial results from the Ohio Secretary of State’s Office. Though, O’Neill won Athens County by 11 points.

Edwards also won a plurality of votes at all four of the precincts that voted at the Alexander location, according to unofficial results from the Board of Elections.

O’Neill’s campaign to unseat Edwards has been mired in complications since before Ohio’s 2020 primary election.

She was originally disqualified from the ballot in February when the Board of Elections voted to remove her after a Nelsonville resident filed a protest alleging that she wasn’t a resident of the House district for at least a year prior to the general election.

In response, O’Neill filed a lawsuit weeks before the originally scheduled March 17 date of Ohio’s primary election against the Athens County Board of Elections in the Supreme Court of Ohio, challenging the board’s decision to remove her from the ballot.

The Supreme Court ruled 6-1 in April that O’Neill was improperly kept off the ballot, writing in its majority opinion that the Board of Elections “abused its discretion” and in some cases “clearly disregarded applicable law” by rejecting her petition to run for office.

“The Athens County Board of Elections is coming up with some explanation but nothing they say will change the fact that this was known and willful coercion,” O’Neill said. “It was intimidation of the vote and a direct violation of a fair and impartial election. The Athens County Board of Elections imposed an oppressive narrative that I was unqualified to be on the ballot from beginning to end.”

Editor's note: The Board of Elections special meeting slated for Tuesday, Nov. 10, occurred after The Athens NEWS' print deadline.

Not to pile on Katie O'Neil but she really could have done a lot more besides posting cute selfies with Lattes and quirky qoutes etc.

Jay Edwards takes enough photo ops & selfies imo her campaign should have done the opposite.