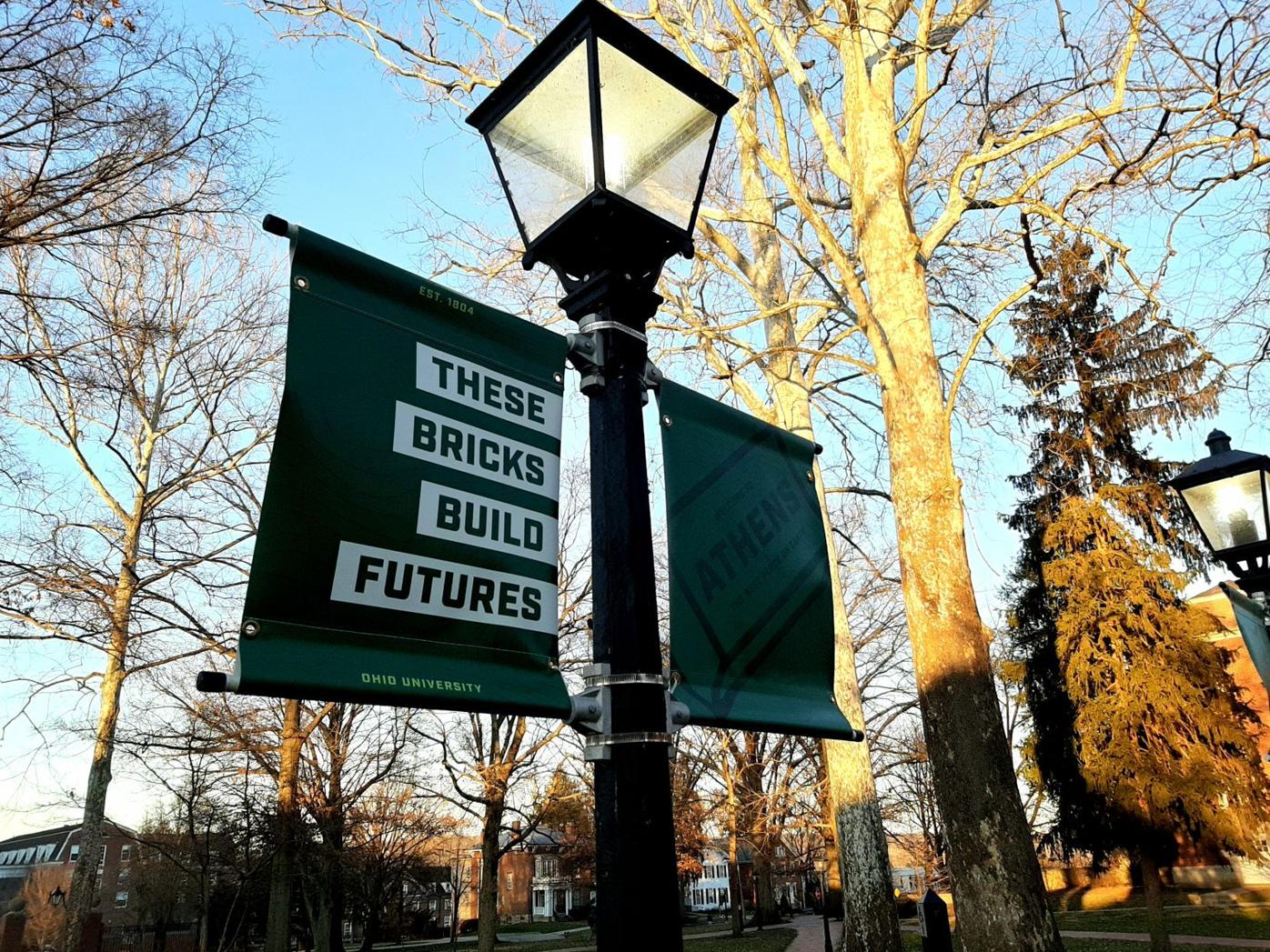 Deborah Shaffer, Ohio University’s senior vice president for finance and administration and one of the institution's most powerful figures, no longer owns residential property in the state and the university won't answer questions concerning her whereabouts.

In August 2020 she placed her Meigs County home on the market, according to Zillow, and marriage records reveal that about a month later she remarried her ex-husband in Westmoreland County, Pennsylvania, located just outside of Pittsburgh.

The Meigs County home was sold in December 2020, property records show, and a search of all 88 state county auditors’ databases revealed that nobody with her name owns residential property in Ohio. The Athens NEWS was unable to determine whether Shaffer rents housing in the state. She didn’t respond to requests for comment for this story both personally and through the university’s public relations office.

Her husband owns a home in Pennsylvania, records show, and he retired in January from his job at a local government office, Unity Township, according to township Building Department Secretary Gail Rause. Rause said that because of the nature of his job, Shaffer’s husband was required to work in-person and that she saw him in the office, suggesting that he lived in the area.

As first reported by OU student news organization The New Political, Shaffer also owns a home in Osceola County, Florida, that was purchased in 2016, according to the deed. In November 2020, she requested to change the Florida home’s property tax mailing address from Meigs County to her husband’s residence in Pennsylvania, according to documents provided by the Osceola County Property Appraiser.

Paul Nick, executive director of the Ohio Ethics Commission, said there are no statutes under state ethics laws, which primarily govern conflicts of interest, that require public university executives to reside in the state. Ohio Department of Higher Education Spokesperson Jeff Robinson also said in an email that the department is not aware of any state laws that outline residency requirements for university employees, and that it doesn’t have authority over employment matters at public universities. Unlike OU President Duane Nellis, Shaffer is not contractually obligated to live within Athens County.

Shaffer, who has worked in her current role since 2016, is widely considered to be at the forefront of restructuring university finances in the face of significant fiscal troubles and who has played a central role alongside other top executives in authorizing university layoffs. She serves as chief financial officer and treasurer of both the Board of Trustees and the OU Foundation Board of Trustees.

The executive accepted a $100,000 retention bonus in July 2020, while both Nellis and Provost Elizabeth Sayrs, the university’s top two executives, pledged to not accept their annual bonuses as the university’s already wounded finances took an additional hit because of the pandemic. She’s expected to receive another big-dollar reward in 2023 on the condition that she remains in her role.

The NEWS made contact with a current resident of the Meigs County home, Bonnie Medina. Medina indicated that when she and her husband purchased the house, she heard the previous homeowner had received death threats and moved to Florida nearly two months prior to their January move-in. A real estate agent that assisted with the home sale, Matt Geiser, denied any knowledge of Shaffer receiving death threats.

OU spokesperson Carly Leatherwood, who said she consulted with Shaffer and the Ohio University Police Department for verification, also denied that death threats were ever made against Shaffer.

“As with any threat to a member of our community, in the hypothetical situation that an employee should receive a threat, OUPD would immediately be notified and would respond accordingly, based on the specific circumstances,” she said in an email.

After The NEWS contacted Shaffer’s husband’s former workplace last Thursday to verify that he worked there, OU Vice President for University Communications and Marketing Robin Oliver, Leatherwood and Nellis reached out to the newsroom later that day for a conversation after being notified of the interaction with Rause (it’s not clear how they were made aware of the phone call). They argued contacting the government office was a breach of the Society of Professional Journalists’ Code of Ethics as an act of “undue intrusiveness” into Shaffer’s personal life.

“(Shaffer is) truly a trusted and respected colleague at Ohio University, and I think she’s accomplished a great deal and I’m grateful to have her on my team. And I must say that I’m extremely disappointed by the series of events that have led us here to this phone call today, and I wanted to express my frustration,” Nellis said over the phone after the trio was asked whether Shaffer is an Ohio resident.

Oliver said that most university faculty and staff are working remotely and that leadership is not monitoring their home addresses amid the pandemic. She said she doesn’t know where Shaffer is living.

“What I can tell you is that senior vice president Shaffer is fully engaged every single day with the work of this university,” Oliver said, noting that they speak with each other many times a day.

The NEWS reached out to 10 of OU’s college deans, the university’s highest ranking academic figures who have monthly contact with Shaffer, to inquire as to whether or not they believed she is invested in her role as chief financial officer of the university, among other questions. As of Friday morning, nearly all didn’t respond, save for one who said that they speak with Shaffer about once a month and another who replied but declined to comment.

Following the phone conversation, The NEWS sent university public relations an email with a handful of follow-up questions directed at Shaffer concerning the location of her residence. Oliver responded, saying they had advised Shaffer to decline any interview requests with The NEWS given what they called “unethical” reporting methods, and that the university “collectively decided not to engage with the Athens News on a story that is irrelevant to the work of the University.”

Oliver said during the phone interview that the university in the coming months expects to increase the density of support staff and faculty on campus under the guidance of public health experts, but couldn't say when the entire staff, including Shaffer, will be required to work in-person again.

“Deb’s gonna be a part of those conversations as she is in most leadership conversations and she’ll be wherever she needs to be to ensure the continued success of our division of administration and finance and of our university,” she said.

Editor’s Note: The Athens NEWS pursued this story following multiple inquiries from people inside and outside of Athens County who questioned Shaffer’s residency. Our staff believes this information is of great public interest, as the university is a state and federally funded institution and Shaffer is a prominent public figure who plays a key role in overseeing the budget, which can impact the employment of thousands of state residents. Ohio University is not only the largest employer in Athens County, but also an institute attended by thousands of students who pay tuition — many of whom are also taxpayers. We respectfully object to the university's claim regarding our ethics in pursuit of information on Shaffer's whereabouts; reaching out to the network of an individual is a common practice in reporting.

My reading of the SPJ code of ethics indicates that this kind of reporting is not only fine, but encouraged. "Be vigilant and courageous about holding those with power accountable. Give voice to the voiceless." AND "Realize that private people have a greater right to control information about

themselves than public figures and others who seek power, influence or

Ben Peters and Sydney Dawes -- thanks for your work on this story. It's a bit of a shock to see just what CARPETBAGGERS Ohio U administrators seem to be, and it's sad -- if not unexpected -- that Duane Nellis reacts not with shame but with outrage that you actually found out what he and his cronies are up to. You'd think they don't give a shirt about our community...gee whiz!