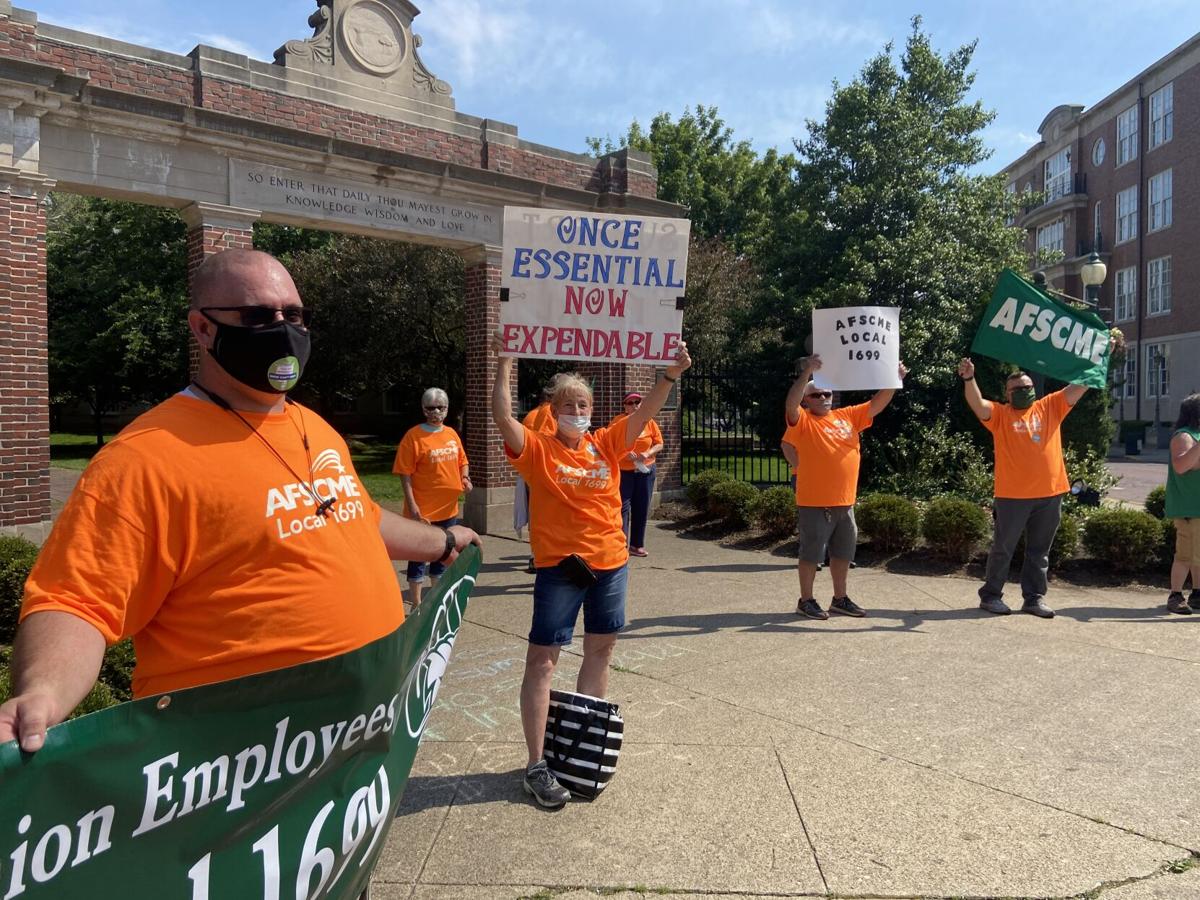 Members of the American Federation of State, County and Municipal Employees (AFSCME) Local 1699 gathered at College Gate to protest against OU administration and recent mass-layoffs at the university. 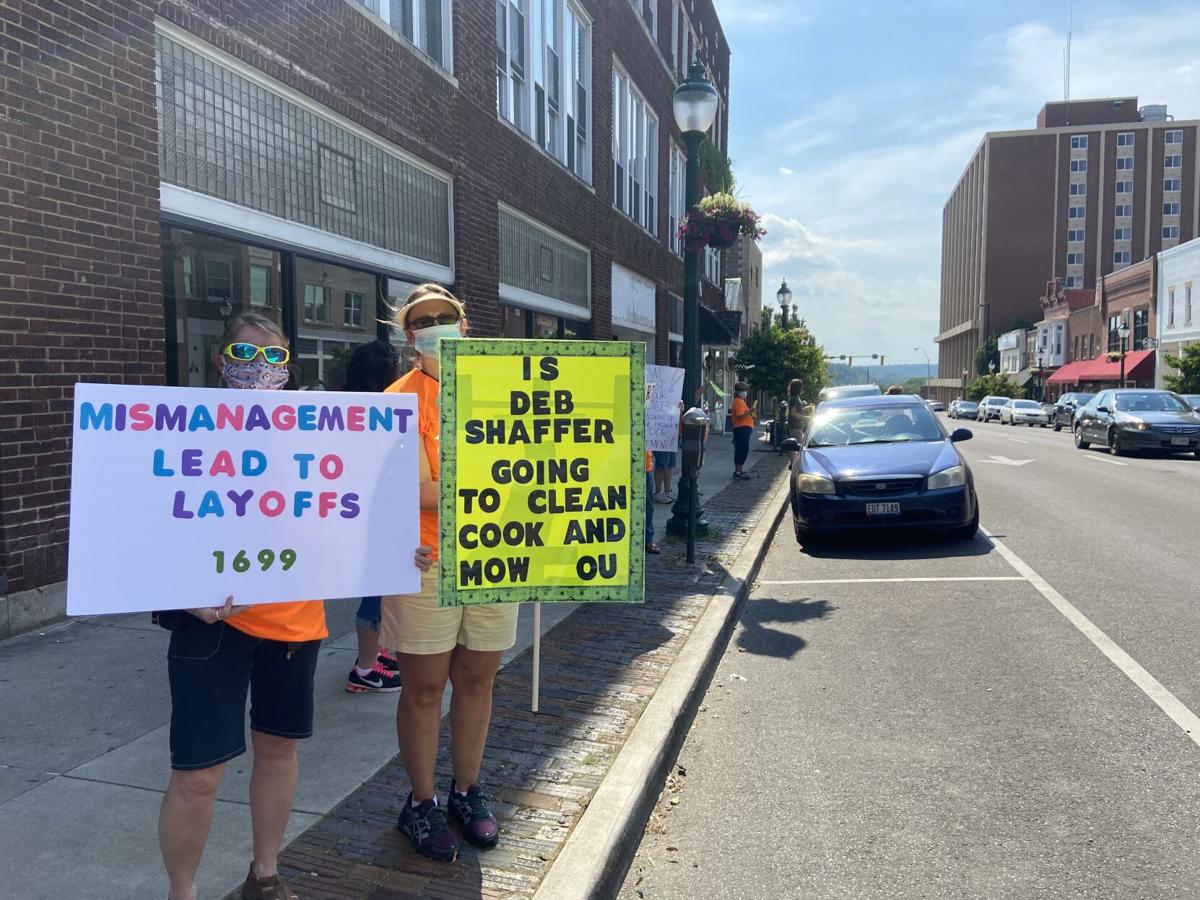 Members of the American Federation of State, County and Municipal Employees (AFSCME) Local 1699 gathered at College Gate to protest against OU administration and recent mass-layoffs at the university.

A few dozen members of the American Federation of State, County and Municipal Employees (AFSCME) Local 1699 gathered Uptown on Wednesday afternoon to protest the Ohio University administration and its recent move to lay off 140 union members.

Those who demonstrated make up OU’s classified staff, or service workers including custodians, culinary employees and groundskeepers. Many of the demonstrators had their jobs terminated at the end of May, the NEWS previously reported.

Union organizers asked passersby on Court Street to sign their petition, which denounced OU President Duane Nellis and the OU administration. The petition also outlined the workers’ request to the OU Board of Trustees to place layoffs on hold until both parties can agree upon “alternative cost saving measures.”

“We are the front line workers providing direct services to students all day. Every day. And we are the lowest paid employees at OU. In other words, we provide incredible value to the university,” the petition reads.

Union leaders have since reached out to the administration following what they call the “May-day massacre” to request labor management meetings, but have heard nothing back, said John Ackison, president of the AFSCME Local 1699.

“They’ve not been really forthcoming in working with us to try and communicate,” Ackison said.

Demonstration attendees were all outfitted in orange t-shirts in solidarity for one another. And many carried signs bearing phrases like “Once Essential Now Expendable” and “I wear MASK to protect me from COVID-19 BUT it didn’t protect me from Covid-Nellis & Covid-Shafer.” Several people who drove past the demonstration honked their car horns in support of the union workers.

“We thought it was ridiculous that there were people making four, five hundred thousand dollars and 140 people had to be laid off. In a town like this, there’s no reason to be making that much money during a pandemic,” Bogdandoff-Brite said.

Bogdandoff-Brite, among other demonstrators, advocated for Congress to approve the HEROES Act, a $3 trillion stimulus bill passed by the U.S. House of Representatives mostly along partisan lines in May that would allocate $200 billion in hazard pay to essential workers, which includes many of the union members.

Republican Rep. Steve Stivers, whose congressional district encompasses most of Athens County, voted against the bill when it passed in the House. The legislation is now making its way through the Republican-controlled Senate.

The union layoffs marked another chapter in a series of efforts by the university, the largest employer in the county, to downsize staff across numerous departments to reduce costs. Many faculty members in recent months received non-renewal notices on their contracts, while others have opted to take early retirement deals. Nearly 150 administrative positions have also been axed.

Many of OU’s financial troubles can be traced back to a continued trend of declining enrollment at the institution that pre-dates the COVID-19 pandemic, which is ravaging universities’ finances across the nation.

“How [is the university] going to keep these buildings clean, and safe within the CDC guidelines when they do open?” Ackison asked.