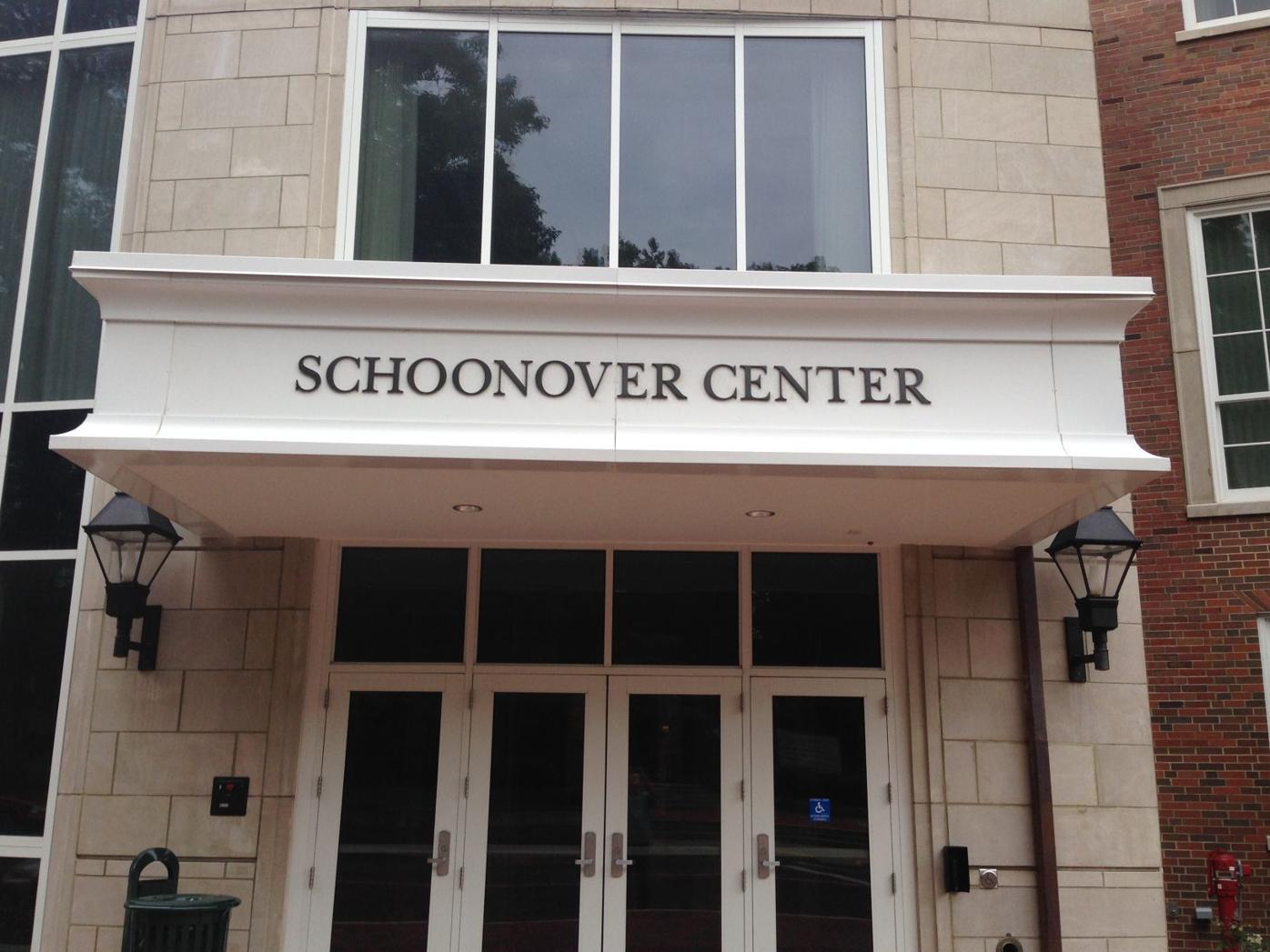 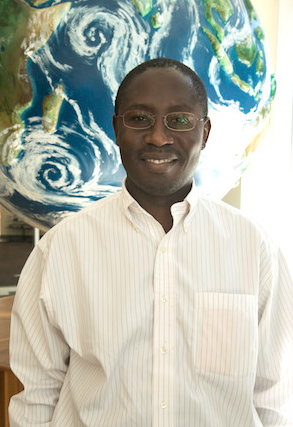 An Ohio University Faculty Senate committee recommended in December that journalism professor Yusuf Kalyango shouldn’t lose tenure and immediately be reinstated as a full professor after not being ensured adequate due process by the E.W. Scripps School of Journalism and the Scripps College of Communication.

Kalyango has been at the center of several university investigations and lawsuits in recent years related to allegations of sexual misconduct from at least two women, resulting in official university channels, including ethics committees and former Provost and Executive Vice President Chaden Djalali, recommending that he lose tenure and be fired.

He was suspended in 2018 by the university in consultation with the Scripps college after an investigation by the OU Office for Equity and Civil Rights Compliance, or the Title IX office, found that he sexually harassed a graduate student. Kalyango is still employed by the university to conduct research, but doesn’t have contact with students in the role.

The Faculty Senate committee was charged in December with reviewing Kalyango’s appealing of tenure revocation through evidence and testimonies from women who alleged Kalyango mistreated them and from faculty members, according to the hearing committee report obtained by The Athens NEWS.

“My only brief comment is to thank the Faculty Senate for affording me the opportunity to finally be heard, and for exonerating me. I have learned a lot from this unfair devastating experience and I promise to use this traumatic experience to better myself and those around me,” Kalyango, A Black man who sued OU in recent months alleging discrimination, said in an email.

“Despite the devastating setback based on malicious allegations that were aimed at destroying my hard-earned academic career, I have no hard feelings and no animosity toward anybody. Hence, I am eager to continue advancing the mission and vision of OU and our students with grace, humility, understanding, and awareness.”

The OU Board of Trustees will render the final ruling on whether Kalyango gets to keep his tenure based on a presentation of the case that Muhammad is expected to give. It’s not clear when the board’s decision will be made. Muhammad declined to comment on the committee’s recommendation.

“{span}Throughout this entire process, we have demonstrated and will continue to demonstrate our commitment to protect the safety and wellbeing of our students, faculty, and staff; to provide a learning and working environment that is free from sexual misconduct; and to hold all members of our community accountable to these values,” the university said in a statement.{/span}

Former OU graduate student Tess Herman, who provided testimony before the committee, brought her case in 2017 to OU’s Title IX office, which found that she was harassed by Kalyango.

She went on in 2019 to file a lawsuit against OU in federal court, alleging it violated her civil rights by empowering Kalyango and other faculty members to abuse their power after she was harassed on a school trip to Africa and retaliated against. The case resulted in a $90,000 settlement last year and Kalyango firmly denied wrongdoing throughout.

The committee neither heard nor read “clear and convincing evidence” in Herman’s case, saying her role in the investigation “crossed the line between what is appropriate and professional and can damage the integrity” of a university investigation, according to the document.

Several other testimonies, according to the report, “directly contradicted” or poked holes in the Title IX office’s findings that Kalyango sexually harassed Herman.

“Tess is saddened by the news. She did absolutely everything right every step of the way including providing truthful testimony in the tenure revocation proceeding after her civil rights lawsuit had been resolved,” Herman’s attorney Michael Fradin said in a statement. “It is troubling that a University that took almost 4 years to hold a hearing would criticize the victim for being too proactive. I fear that it reflects a deeper institutional lack of respect for its victims.”

Another woman who testified, Lindsay Boyle, filed her case in 2018 in relation to events that allegedly transpired in 2011 and 2012 on school-sponsored trips abroad when she was a student.

Boyle, who admitted to lying in 2012 about the validity of sexual misconduct allegations against Kalyango because she had several important career opportunities that wouldn’t have happened without her work under programs directed by the professor, came forward after being contacted by a journalism faculty member, according to the report. The Title IX office ultimately substantiated her allegations against Kalyango.

But the committee didn’t find her testimony convincing, saying: “it appears that (Boyle’s) testimony was sought to build a case against Dr. Kalyango outside the normal procedures” of a Title IX investigation, according to the document.

“While I’m disappointed by this recommendation — and by the characterization of my case specifically — I can’t say I’m surprised,” Boyle said in an email. “Society for decades has gone to extreme lengths to protect perpetrators of sexual assault and harassment. That said, it’s concerning that this committee turned a blind eye to several blatant lies put forth by a professor of journalism and focused instead on the why behind my coming forward ...”

“... As I’ve said from the beginning, my only motivation was to set the record straight — to correct the lie I told as a young, financially insecure woman concerned about what would happen if I told the truth. The worst part is knowing it may all have been for naught.”

Testimonies from witnesses on either side of the conflict revealed that both the Scripps college and the journalism school were deeply divided on the handling of Kalyango’s case, resulting in the graduate admissions committee becoming drawn into interpersonal conflicts among faculty, the report said. The committee was “gravely concerned” that faculty members were using students and alumni to pursue a case against Kalyango in the name of protecting others.

Because the university investigations that led to recommendations of revoking Kalyango’s tenure — the most severe punishment in academia — hinged on the initial findings of the Scripps college and journalism school, the committee determined that it couldn’t find evidence that either entity ensured due process for Kalyango.

“We have concluded that the efforts to find evidence on both sides of the case were not thorough, consistent, nor equitable,” the document said. “Additionally, we do not see clear and convincing evidence that the faculty member was provided sufficient opportunity to be heard in a hearing by his superiors or peers at the department or college level. Therefore, this brings due process into question.”

Dean Scott Titsworth of the Scripps college and the recently retired director of the journalism school, Robert Stewart, remain under investigation by the university’s Title IX office after Kalyango filed a complaint last year, a university spokesperson confirmed, though the specifics of Kalyango’s complaint against both men aren’t clear.

The committee sought but was unable to find evidence or hear testimony that suggested Kalyango was ever given an opportunity by either the journalism school or the Scripps college to respond to allegations of misconduct, according to the hearing report. It also couldn’t find whether other disciplinary actions were taken prior to detenuring and whether there was evidence of arbitration.

More in Timeline: Kalyango and Ohio University (9 of 20)