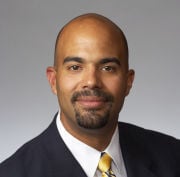 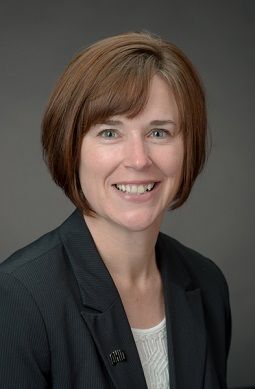 Jason Pina, Ohio University's vice president for student affairs, announced he is leaving the university in October and Dean of Students Jenny Hall-Jones will take his place in the interim, a university press release said.

Hall-Jones, who’s worked at OU for 24 years, earned her bachelor’s and master’s degrees and her doctorate from the university, according to the release. She began working in Housing and Residence Life, and then moved to the Division of Student Affairs before she was promoted to dean of students.

Hall-Jones makes a salary of $188,860. Because of mandatory furlough, however, her salary this year is $177,349. It’s unclear what her salary will be in Pina’s role because her contract hasn’t been negotiated yet, a spokesperson said.

“I look forward to the opportunity to advocate for our students in this interim role,” Hall-Jones said in a statement. “It is an honor and pleasure to serve my alma mater in this capacity.”

“Jenny is widely recognized for her open and engaging leadership style. Her depth of institutional knowledge and experience will serve the University well through this transitionary period,” he said. “I am grateful for Jenny’s dedication not only to the University, but also to our students as she undertakes this critical, interim role.”

Pina, one of the highest paid university employees who’s held that position at since 2016, said he’s joining New York University as Chief Strategy Officer for Global Programs and University Life, according to the release.

“Jason has provided strong leadership to Ohio University over the past four years,” Nellis said in a statement. “We are grateful for his service and wish him all the best in his future endeavors.”

Career administrators. No connection or loyalty to OU. Hopefully Nellis will also soon be gone. COVID or not, he’s done a crappy job. And somehow the university gets by without them. So much for the “skills they bring.” They move through Ohio University like diarrhea. Disgusting. (How can a ‘full time’ VP take on a second VP job? Apparently this is pretty easy work.) OU doesn’t have a budget crisis, it has a priority crisis. Disgusting.