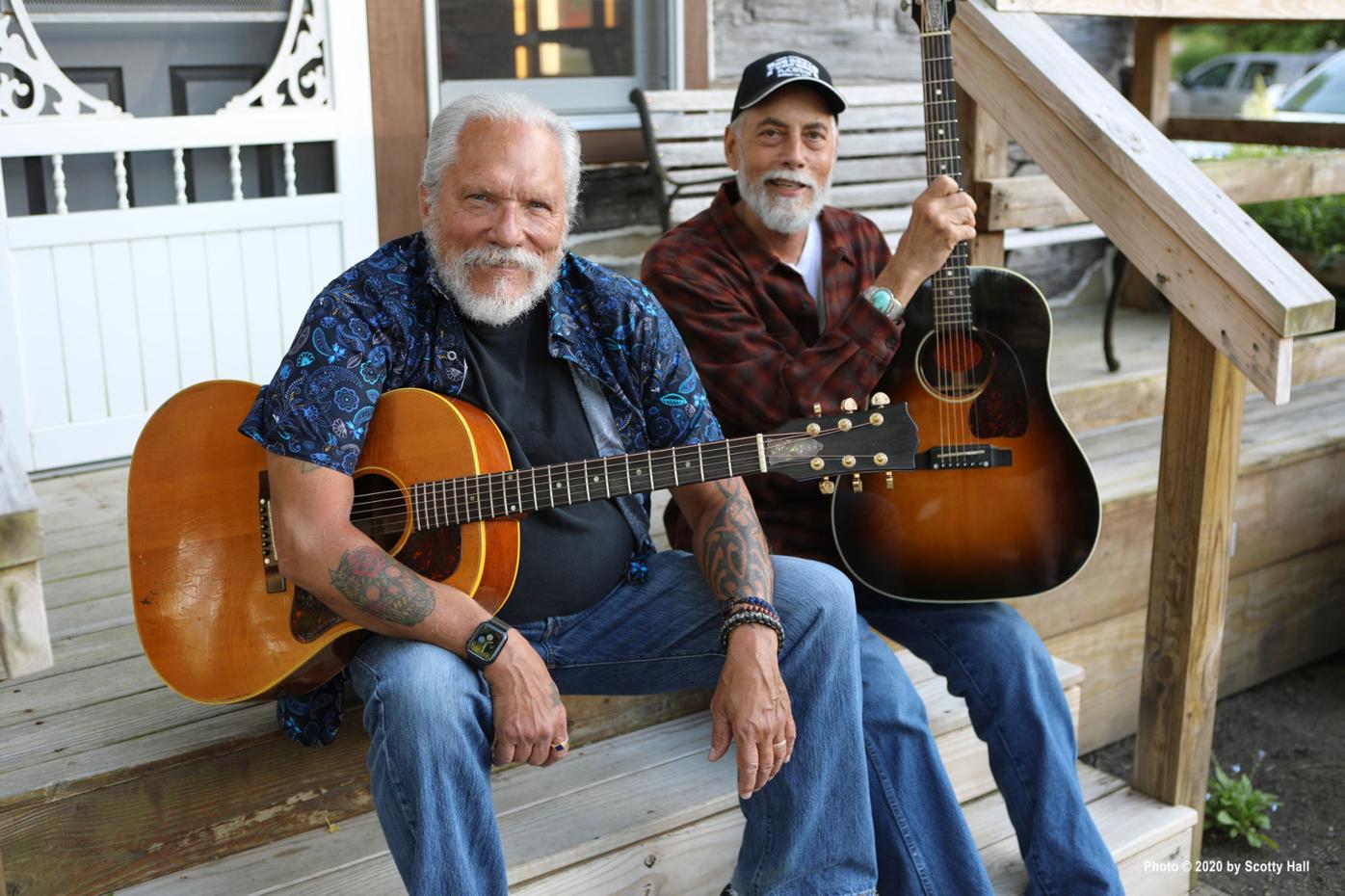 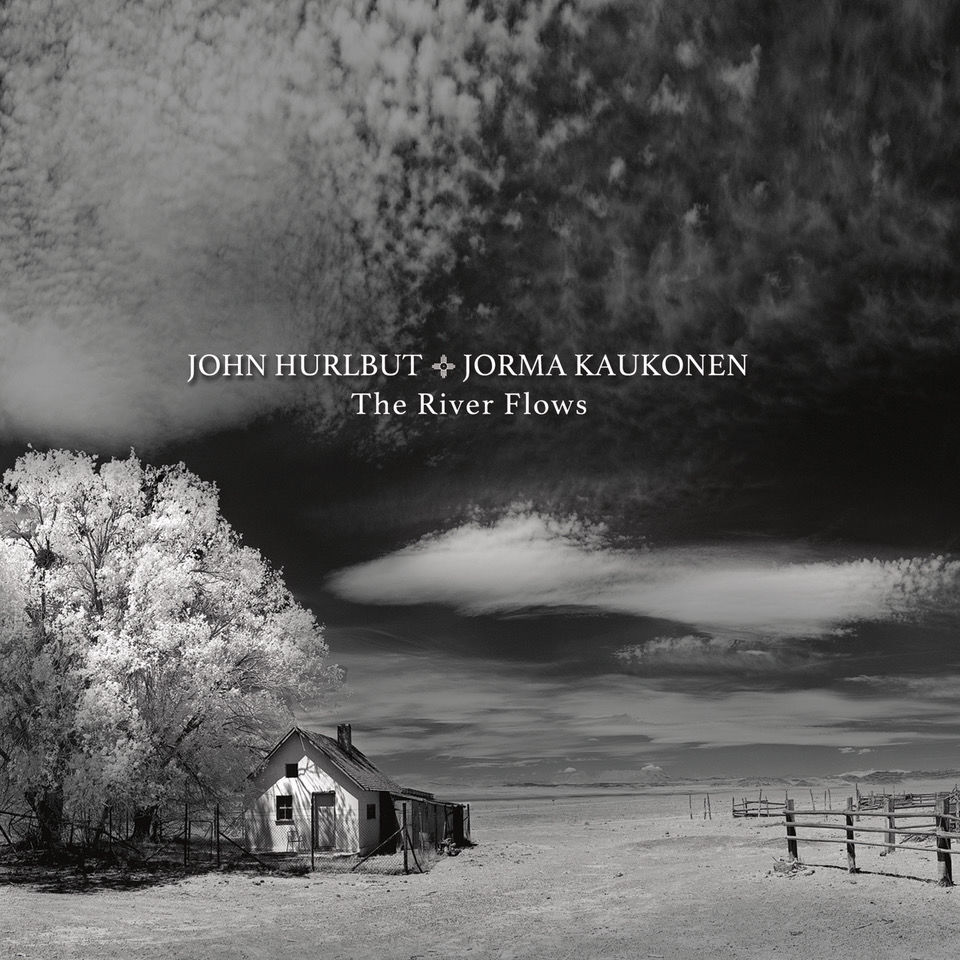 If you have someone on your Christmas list who’s fond of acoustic guitar improvisation and roots/country rock classics rendered lovingly from a studio in Meigs County, Ohio, you’ll be thrilled to hear about a record that was released on vinyl in November.

If your chosen gift recipient happens to be a fan of Rock ’n Roll Hall of Famer Jorma Kaukonen, all for the better.

A new collaboration between Kaukonen, owner of the Fur Peace Ranch guitar camp and live-music venue in Meigs County, and his longtime friend and associate John Hurlbut is being formally released, with the deluxe vinyl package issued (and selling out)on Record Store Day (Nov. 27) and the CD and download releases coming on Christmas Day.

The record, “The River Flows” (Culture Factory USA), features seven covers and one Hurlbut original, but the term “covers” doesn’t do the song selection full justice. The album starts off with a 10-plus-minute rendition of Roger McGuinn’s “Ballad of Easy Rider” (more on that later), and then cruises through songs by Curtis Mayfield, Ry Cooder/John Hiatt, Gene Clark and Spencer Bohren, among others.

It saves Hurlbut’s “Someone’s Calling” for last, a pensive song that dovetails seamlessly with the songwriting classics on the album.

On this album, Hurlbut provides rhythm guitar and hard-traveled, dirt-road vocals (reminiscent of John Prineand Tom Russell) while Kaukonen contributes his trademark lead guitar embellishment throughout, framing the lyrics subtly andproviding generous guitar breaks. The album’s opener, the aforementioned “Ballad of Easy Rider” by the Byrds’ Roger McGuinn, kicks off with a 4:30-minute acoustic guitar solo by Kaukonen, previewin things to come later in the record.

Another highlight of an album with no shortage of high points is a cover by another Byrd, the late Gene Clark, “Kansas City Southern.”

The 12-page booklet that accompanies the vinyl release of “The River Flows” provides plenty of photos of Jorma and John, from various periods of their long association, plus an account of how this record was conceived and created, and an interview with the two.

As with nearly everything else during this historically unsettled period, the Hurlbut-Kaukonen collaboration has a COVID-19 connection. Last March when the pandemic began taking hold across the country, Kaukonen began a series of popular webcast concerts from the Fur Peace Ranch, “the legendary guitarist and singer in the most stripped-down of settings,” according to the article in the liner notes.

That initial webcast was followed by a second so-called Quarantine Concert the following Saturday. “About an hour into his show, (Kaukonen) said, ‘We have a treat.’ An unassuming pony-tailed man in a trucker’s hat ambled onstage and sat next to Jorma.”

That, as you may have guessed, was longtime Fur Peace Ranch manager Hurlbut, “an essential part of the community that’s been created there.” That memorable evening Hurlbut sang “Angel From Montgomery,” one of folk music legend John Prine’s greatest tunes. Prine had died of COVID-19 earlier that same week.

Hurlbut, no stranger to live performance (he’s played with a number of local and regional bands over the years), ended up sitting in on most of Kaukonen’s Quarantine Concerts this year, which have their 31st installment this Saturday (on YouTube’s Fur Peace Ranch channel). According to the bio of Hurlbut that accompanies the record release, “his appearances are a highlight of collaboration and mutual musical support. With the quarantine’s forced immobility, the time was right for the two to sit down, and Jorma suggested making a record together.”

That suggestion evolved into the new record, which will be available online and in record stores on Christmas Day. The vinyl package also will be available at the Fur Peace Ranch Company Store, though Hurlbut said Monday that supply issues in Europe where the records were pressed are causing delays.

In the press materials released with “The River Flows,” Kaukonen says, “There is no better way to converse than to play music with a good friend! John and I have been talking for almost forty years and we welcome you to sit in on the conversation.”