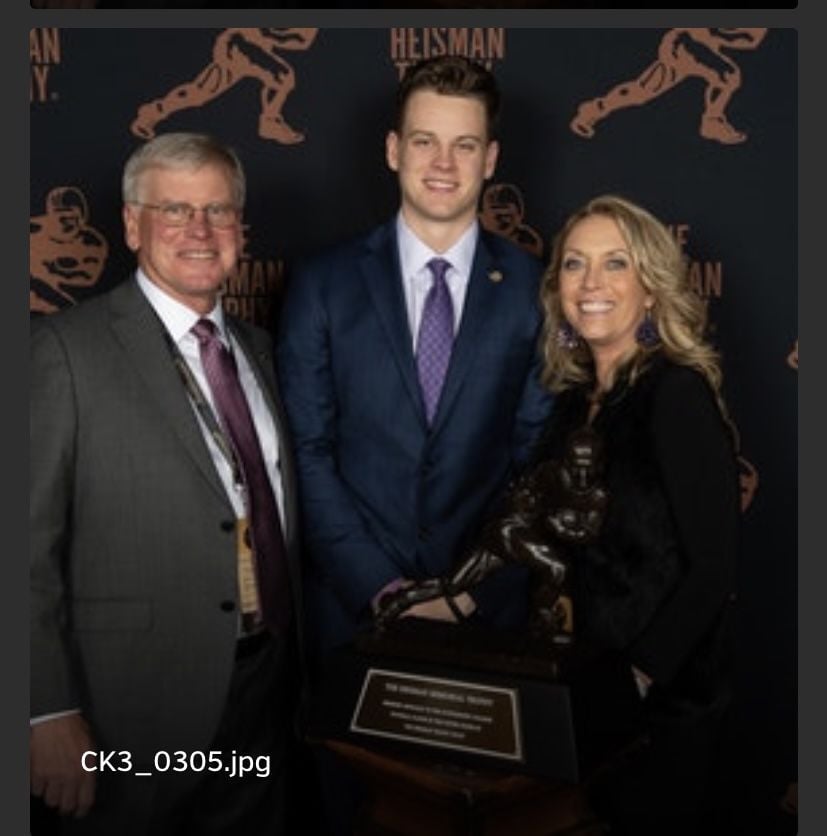 Jimmy and Robin Burrows with Joe the night he won the Heisman Trophy. 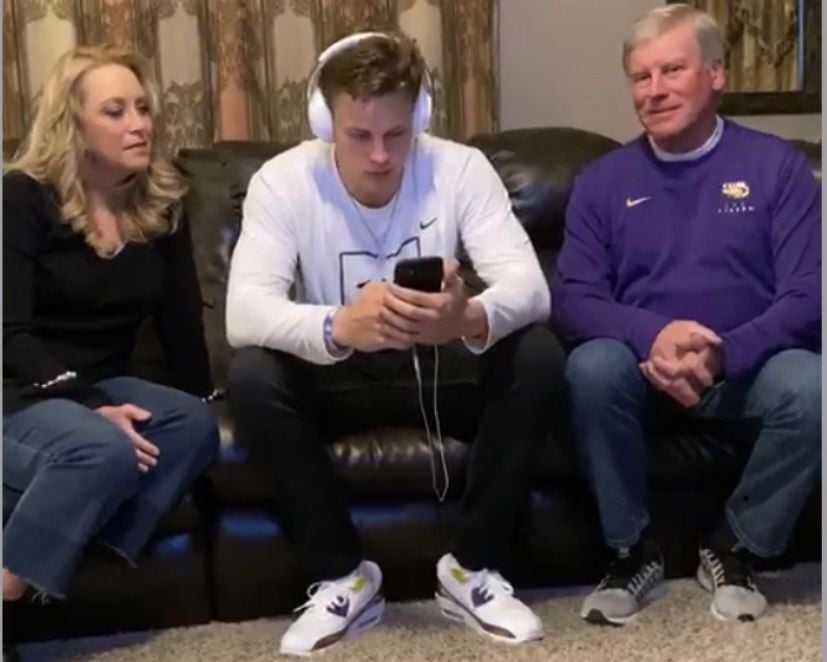 The Burrows family at home on draft night.

Jimmy and Robin Burrows with Joe the night he won the Heisman Trophy.

The Burrows family at home on draft night.

The Cincinnati Bengals are back for another season and that means Burrow-mania is rampant again. Joe Burrow has fans galore around here but none more enthusiastic than his mom and dad.

The star quarterback missed most of last season with a serious injury that he has been working hard to recover from. After surgery, Burrow began strenuous physical therapy and sweated through hours and hours of workouts and training sessions.

The effort paid off. Burrow is back as starting quarterback and team leader and is looking for the kind of success he had at LSU where in 2019 when he led his team to a national championship and won the Heisman Trophy.

“Joe’s goal is always to win a championship,” said Jimmy Burrow, Joe’s father.  “So as parents we are hoping that the Bengals can stay healthy, show a great deal of improvement, and move in a positive direction toward reaching that ultimate goal.”

Jimmy and wife Robin live in The Plains, less than a mile from Joe Burrow Stadium, where Burrow played his high school ball before graduating in 2015.  The stadium was renamed for him last year.

Much is reported about Burrow by the sports press but I wanted a different perspective – the parental point of view.  I contacted Jimmy a few days before the season opening game and he graciously agreed to answer some questions.

The first question was about Joe’s return to the field after his injury.

“We’ve never really worried about Joe getting hurt,” Jimmy said.  “But we will be a little more nervous since it’s his first game back for sure.”

Joe started playing football in a youth league when he was eight. Then and now the emotions are the same for his mother and father in the stands.

“We just want Joe and his team to do well and have success,” Jimmy said.  “We’ve always been somewhat nervous pre-game but once the game starts we settle down and become a fan like everyone else.”

But unlike everyone else, Jimmy and Robin will have a chance to spend some one-on-one time with Joe after games in Cincinnati.

“Only after the home games do we get to see him for a few hours,” Jimmy explained.  “Really never during the week. He gets so locked in to his preparation for the next game, he wants no distractions.”

Burrow took up residence in Cincinnati after being drafted by the Bengals.  That means he’s less than three hours from The Plains.

“We go to Cincy (during the off season) every so often but not every week,” Jimmy told me.  “We just feel fortunate that we are close so there aren’t long periods of time we don’t see him.”

And it works both ways.  Joe sometimes hops in his car and makes the drive east.

“He likes to come back periodically to hang out with his high school friends,” Jimmy said. Also, “He continues to support the Joe Burrow Hunger Relief fund and the Athens Football program.”

Jimmy added, “Joe doesn’t come back home during the season unless it’s a bye week. He might for a few days then.’

Jimmy describes those visits as “pretty low key.  He just likes visiting with his friends and eating his mom’s home cooking when he comes back.”

Before his retirement in 2018, Jimmy coached college football, including 14 years at Ohio University.  Obviously the father and son conversation does not lag.

“We’ve never just nonstop talked football when he’s home,” said Jimmy.  “But you know an old coach is always an old coach. So I ask some football questions. And I do offer a little advice every now and then.”

I felt very fortunate that Jimmy found the time for an interview (and some speculation about how the Bengals will do this year.)  He and Robin were about to become quite busy.

“We will be attending all of the games,” he said. “Seventeen of them plus the playoffs.”

Fred Kight is a retired newsman who now does some freelance reporting. Before deciding to take life easy he worked for nearly 40 years in radio news.